Backwards compatibility is something of a hot topic lately in a variety of gaming scenarios.

Anyone who has enjoyed console gaming knows that the ability to play your existing library of games is something that has been toyed with by both Microsoft and Sony with varying degrees of success. With the forthcoming release of Project Scarlett and the Playstation 5 next year a lot of online buzz exists as to whether the two big console giants will bring backwards compatibility to the market more comprehensively than is currently available, or if they'll follow their accountants advice and go down the route preferred by Nintendo where they will happily sell you the digital version of a game you probably already own a physical copy of instead of letting you use the game you already have on hand. As hardcore gamers ourselves we begrudge paying twice for something so we hope that the next generation won't go all digital and will instead let us use the discs we have in our new spangly consoles.

As you saw from our 3rd Generation Ryzen launch review AMD have made it a firm part of their business plan that their AM4 socket is capable of running any AM4 processor, and we also saw how successfully that had been implemented with the X470 Crosshair giving very similar results to the latest X570 Crosshair. Okay, you're accepting that a few of the latest higher-end features will be missing from the older motherboards, but the performance is there in full. Which got us wondering.

If you have a large budget then it behoves you to invest in the latest kit possible, but if you have tighter financial restrictions then maybe you'll want to extract the maximum value from your existing AM4 setup, and the price point of the Ryzen 5 3600X is also unlikely to break the bank, so could you drop it into a good X370 motherboard and still have good performance? Earlier motherboards might not have been designed with the insane core counts of the Ryzen 9 3900X in mind, but they could easily have power phases that could handle a six-core, and that's exactly what the Ryzen 5 3600X has. Let's find out how the various AMD chipsets perform with their latest processor. 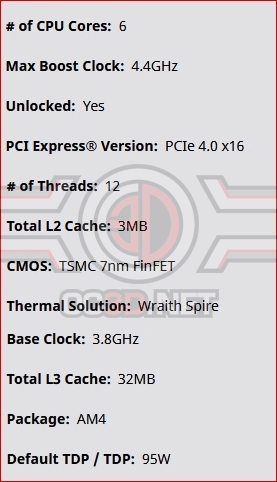 With the mid-range Ryzen 3rd Generation CPU on hand, and knowing how well the Ryzen 7 3700X and Ryzen 9 3900X performed on the X470 chipset, we wanted to stretch the boundaries of possibility and see how the six-core Ryzen 5 3600X performs across the whole range of AMD motherboards, from the X370 through the X470 to the X570. To this end, we've utilised the ASUS Prime range, a set of motherboards that are kept up to date with plentiful BIOS updates so as to give the best possible chance for the Ryzen range to demonstrate how flexible the AM4 socket is. As we've got the systems built we'll also see how the Ryzen 7 3700X performs on the X370 too.

Although we've included the X470 on both CPUs our primary focus is on how the Ryzen 5 3600X performs and how comparable the X370 and X570 chipsets are. 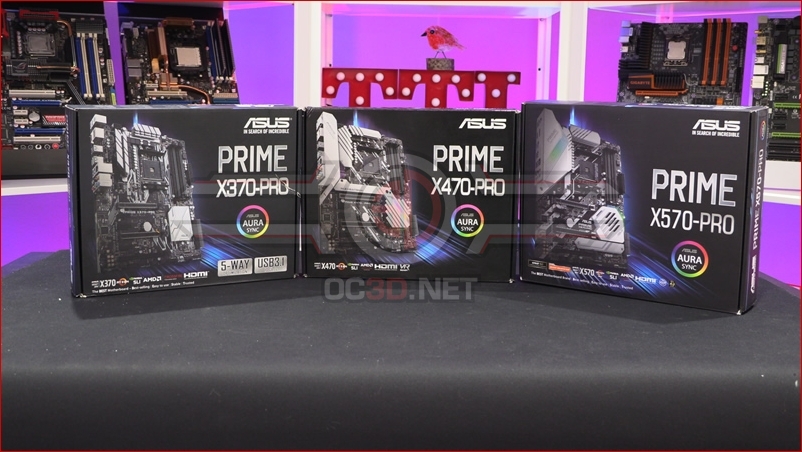 grec
Great, thanks for this, must have been a lot of work, been looking around at super cheap 2nd hand AM4 boards recently now my AM3+ gaming system has finally given in. Might even go B350 tbh just need a quick replacement that does the job for that rig since nothing too important on thereQuote

Having a Crosshair Hero VI it certainly a nice thing to know one could just drop a 3700x in there... but maybe the greed is real and I'll try the 3900x XDD However, probably more of a Winter Project ^^

Excalabur50
Just be aware AMD a going to stop pcie 4.0 drives working on x370 and x470 boards in an agesa update as they want to differentiate the x570 boardsQuote

ET3D
I sadly don't have time now to read all of this of comment about it, but I did notice the x265 and HEVC benchmarks, and I'm not sure what the deal is there. x265 is a HEVC encoder.Quote

I'm still not decided on what direction I want to go in, if any. It's an extreme amount of faff for me so I think I will leave it for now. I'll wait at least until launch prices drop. Should only be a couple of months so I guess my upgrade could be done this fall. At least then I would be able to have it powered on for more than one minute before feeling cooked.Quote
Reply