The cog theme that anyone who has spent a minute or two on the internet - so everyone - will recognise as a Steampunk aesthetic first appeared on the X370 Taichi and reappears here in even stronger form. We like it. It's different, and different is most definitely good. If you'll forgive us for slipping a Groundhog Day quote into our copy. 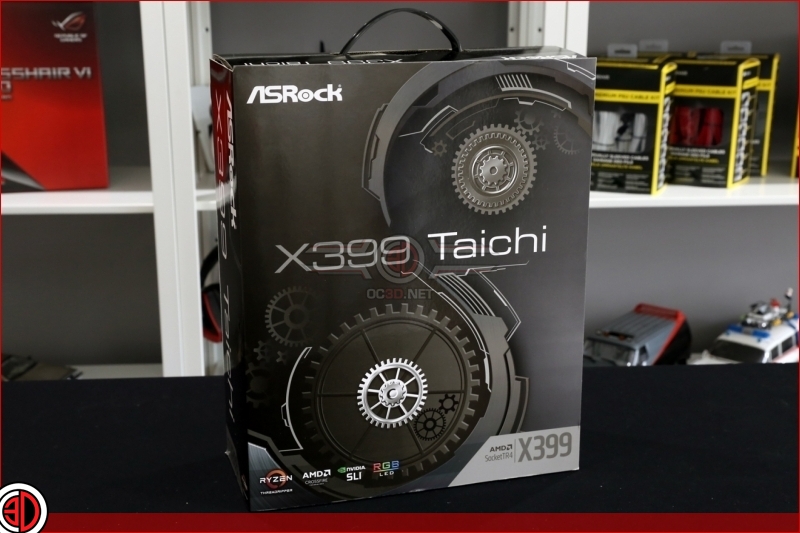 The first thing you'll probably notice is the movement of the CPU power connectors. Normally found up the top left corner of a PCB they have occasionally moved to the right hand side to allow for the heatpipe connecting the MOSFET heatsink to the IO Shield. With the Taichi ASRock have deliberately split them to both corners, allowing for a thicker copper trace which should bring better efficiency and thus lower temperatures. Cooler equals higher overclocks. Overclocks are performance. If this proves successful it's a simple way of increasing the capabilities of a motherboard that we're sure will quickly be copied. 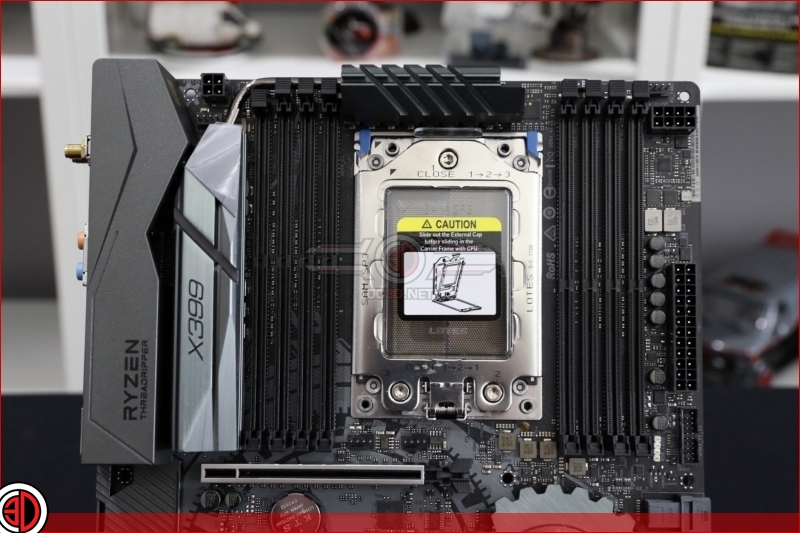 The cog theme is beautifully continued onto the motherboard itself. The shape of the chipset heatsink gives a really good optical illusion too, where the printed one beneath the PCI Express slots seems to be the dominant one rather than the actual chipset heatsink. This cog is also where the RGB lighting hides, letting you tune the aesthetics to your personal taste. 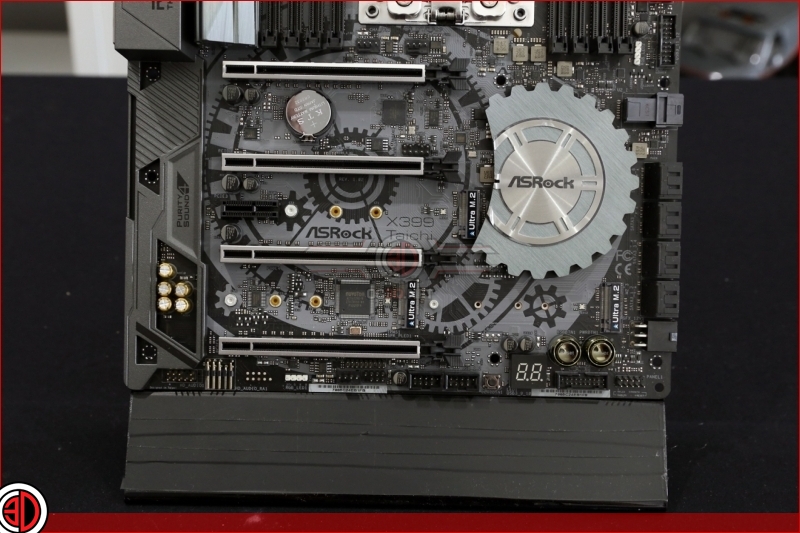 As with all motherboards that have eight DIMM slots space is a premium, and this has led to some juggling around of the positions of the fan and pump headers. The CPU ones in particular are now to be found beneath the CPU socket.

The PCI Express slots aren't just for show, or limited to particular setups. All four can be utilised in Quad-SLI or Quad-Crossfire depending upon your GPU preference. Specifications wise the Taichi wants for nothing. 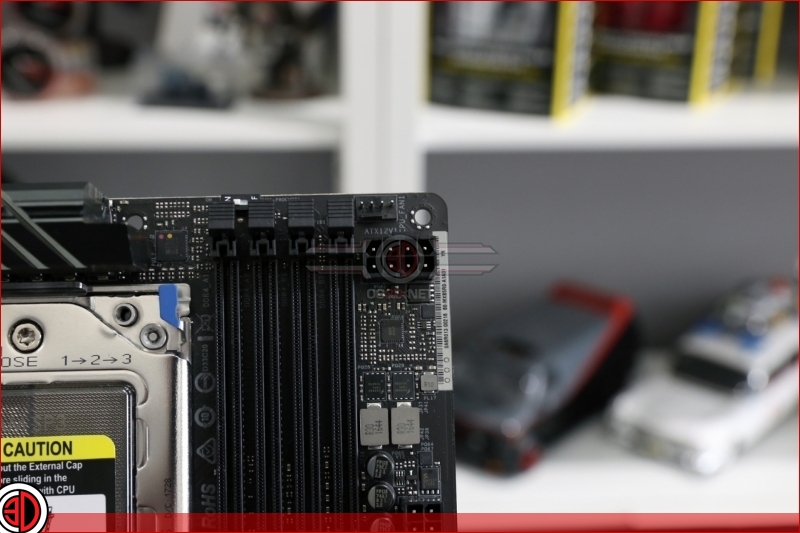 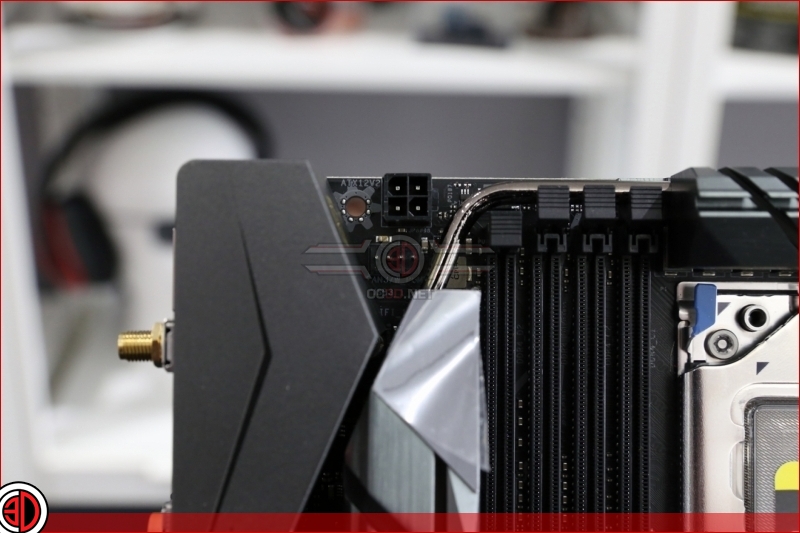 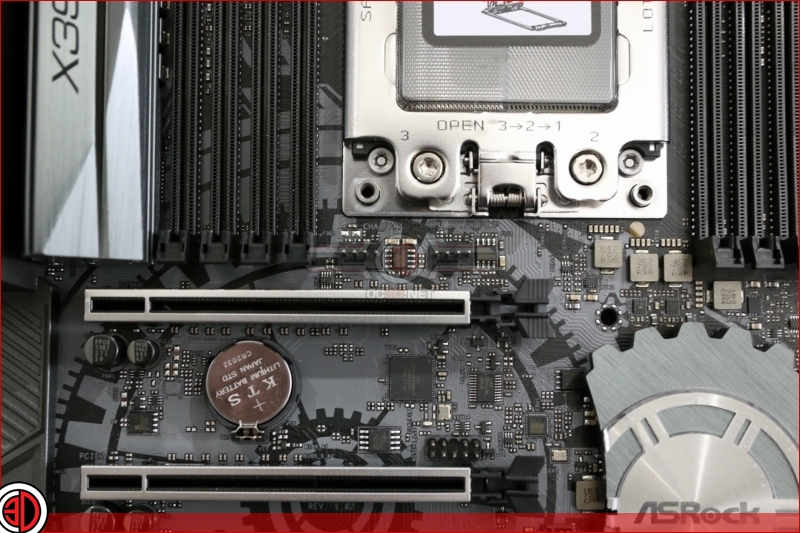 Connectivity is fulsome with U.2 alongside all the SATA ports, whilst there are three M.2 sockets if you happen to be particularly wealthy and requiring nothing but the fastest storage solutions around. This need for speed continues around the back where we find the IO portion replete with USB 3.1 sockets of both Type-A and Type-C styles alongside built in WiFi and dual GigaLAN connections. 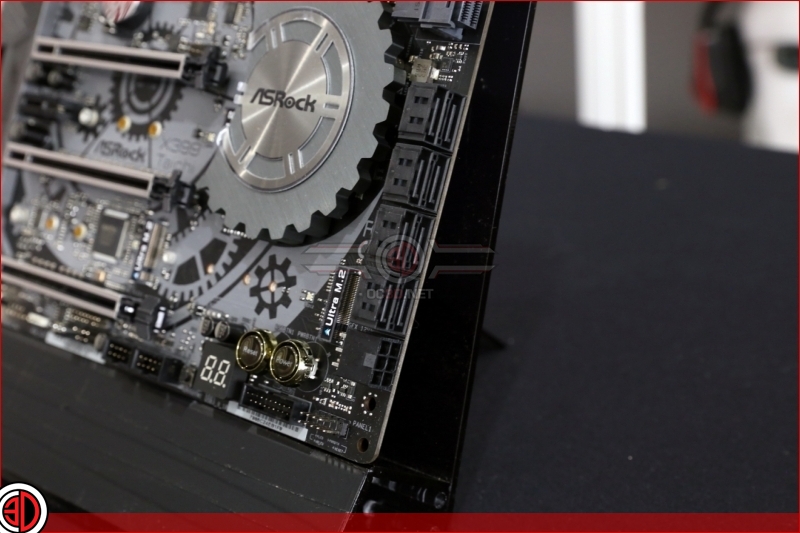 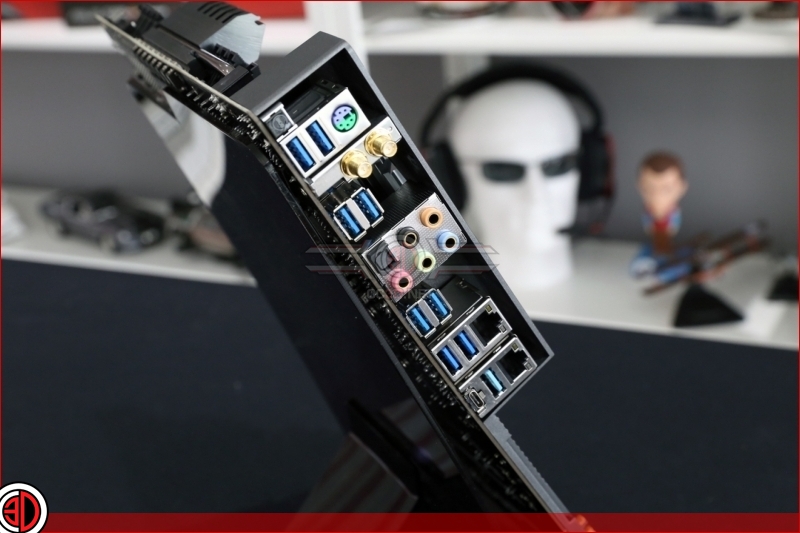