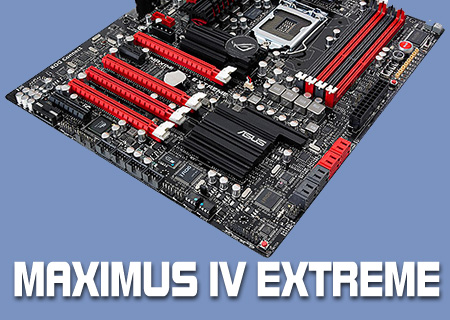 For 3D Mark we always run our tests at 4GHz so we'll be skipping the stock Rampage III and Maximus III testing. This gives us our first big shock as the extra 200MHz of the overclocked Maximus IV Extreme over the Rampage III, and 600MHz over the Maximus III, not only make no difference, but can't even bring the 3D Mark score on a par with the more mature systems.

All tests were done with a single reference GTX570 in a PCIe x16 slot so the 2000 point drop is very hard to explain. Let's see if this keeps up through the other gaming tests.

Despite the modern and taxing nature of the latest in the Futuremark stable the P67 is still unable to keep up with its brethren. Although the scores are much closer due to the difference way results are calculated in 3D Mark 11, the gap is still as large as it was above.

For a system that spanks certain CPU tests so hard this is quite a surprise to say the least.