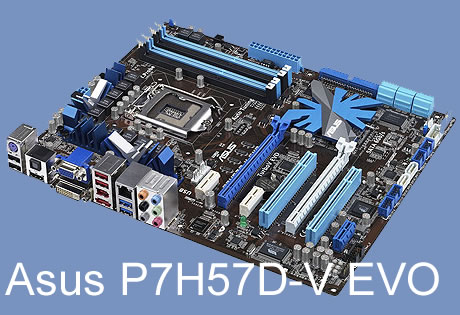 Asus have clearly used tighter packaging this time round. Opening the box revealed the standard layer of accessories sitting on top of a cardboard layer that covers the motherboard itself. 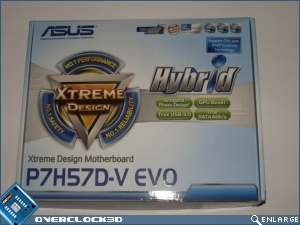 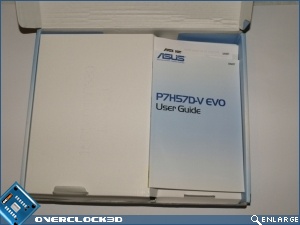 Our particular sample seemed to have arrived with it's mosfet cooler out of place. It appeared ill fitted and upon closer examination it became apparent that one of the bolts and springs was missing in the packaging. Such samples shift from reviewer to reviewer and as such aren't new from the box. From our examination of the box, I have no reason to believe that it was the quality of the packaging that caused this slight discrepancy. 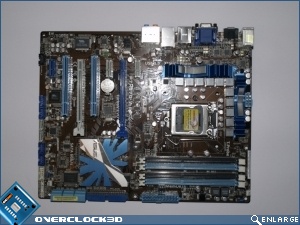 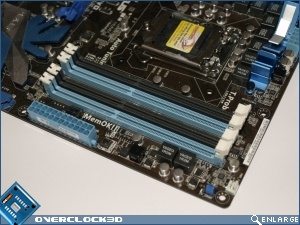 The motherboard layout has been well thought out. The CPU socket area remains reasonably clean and the location of both USB/SATA ports make them suitably accessible. Asus have also left plenty of room for two double height graphics cards to operate in tandem. Quite possibly the nicest physical feature of the motherboard is the absence of plastic tabs on the lower side of the memory banks, which aids the removal and addition of RAM when a long graphics card is nearby. 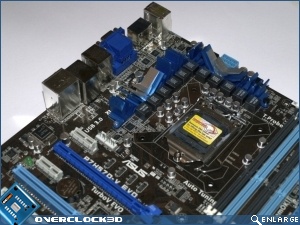 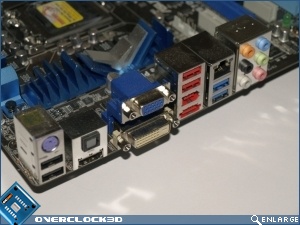 As shown above, the P7H57D EVO has DVI, VGA and HDMI inputs. The inclusion of all three video inputs means that the fixed USB count stands at just 6. An additional PCI bracket has been included with two USB and one eSATA port to make up for this.

Note the two SATA ports in white are SATA 6Gbps and the red USB ports are USB 3.0. 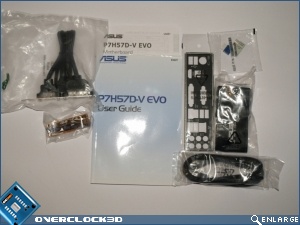 
From an installation perspective, the motherboard was trouble free.