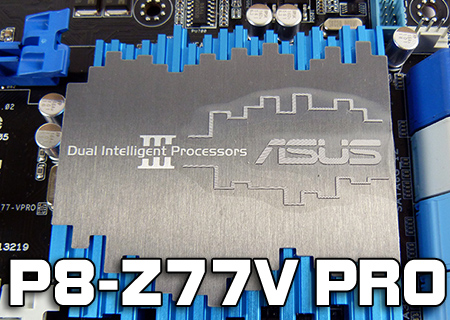 So at the start we wondered if those of you who are currently in possession of a LGA1155 CPU should upgrade to the latest Z77 chipset.

Judging from our testing the honest answer for those with a Z68 motherboard is no, it doesn't bring enough new things to the table, and certainly not enough performance, to make it worth the upgrade expense. However if you were a very early adopter of the P67 chipset then there are enough new features to at least make it something worth considering. Just as the Z68 had incremental improvements to the P67 boards, so this has some small upgrades over the Z68 which all add up to something that will at least make your life much easier, even if it doesn't bring an eye-popping amount of new features.

For those of you who are thinking of moving from your current setup to an LGA1155 based one then the situation is clearer, even if it's very early days to be able to make a firm recommendation. After all if you're planning to leap into the 22nm 3rd Generation Intel CPU market then you have to choose a Z77 to take advantage of all it has to offer, including excellent Memory overclocking speeds, and the bandwidth that PCI Express 3.0 brings. The ASUS P8-Z77V Pro has a wealth of those little touches that ASUS are famed for.

The BIOS is as easy to use as anyone could hope, being clearly laid out, responsive, and having no obscure ways of achieving what you want to do. The automatic overclocking of the AI Overclock Tuner when combined with the TPU switch allows anyone to get some easy, stable and free performance without the nervousness and fear that someone new to overclocking always experiences. There are more USB ports than you're likely to use even with all the latest gadgetry and the inclusion of a WiFi adaptor really helps the P8-Z77V Pro stand out from the rest.

However, and there is always a however, this is the first Z77 motherboard that we've tested and a lot of the extra features we can't fully explore until the 22nm chips are upon us. Given that it doesn't make much sense to upgrade to this board just for your 2nd Generation processor, and we know that a veritable cornucopia of other Z77s will be released alongside the 3rd Gen CPUs, not least the RoG ones from ASUS themselves, then we will only know how highly to recommend the P8 Z77V-Pro when we find out what features the rest of the Z77 boards bring to the table.

So the ASUS P8 Z77V Pro then. It's well built, with an array of nice features, plentiful connectivity and a great BIOS. It's not worth upgrading to until the CPUs come along that can really take advantage of the various features. Looking at it purely as a motherboard for a 2nd Generation CPU it is a good performer with just enough extra bells and whistles to make it worthy of consideration and for that reason we're going to award it our OC3D Silver Award.

Thanks to ASUS for supplying the P8-Z77V Pro for review. Discuss in our forums.

daniSAUR
Great review, enjoyed it. So those with a P67 board could benefit with this as an upgrade? Are we getting an X79 review soon also?

SieB
Nice looking board, i'm looking forward to the GD65 review (if there is one) because i'll be grabbing one so I can finally get rid of this H61 board i'm using and get back to doing some overclocking

Also looking forward to seeing if these boards give any benefit over SB with an IB CPU, from what I have read Z77 boards are better for overclocking IB at lower voltages than P67 and Z68.Quote