The top left corner finds the headers for your CPU cooling and the RGB LED Strip header which forms an important part of the ASUS AURA framework. 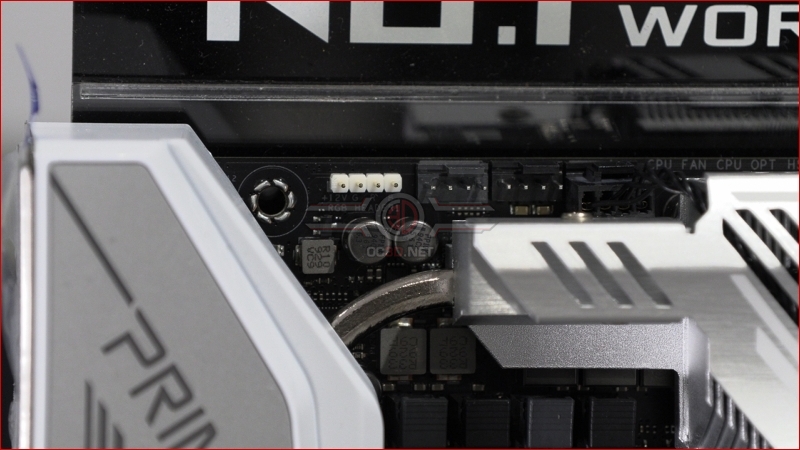 At the top right we have the strengthened 12V CPU power inputs, and an addressable header so that the top of your system can look as spangly as the bottom. 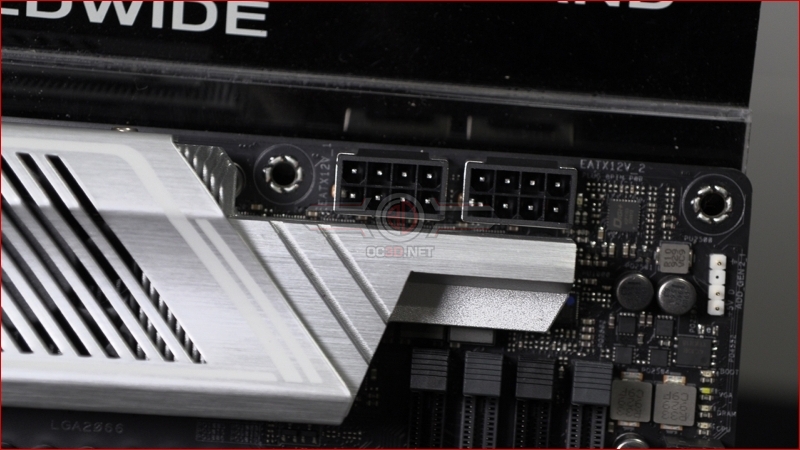 Front USB ports are a boon to usability of your system but always something which it's tough to fully populate with the majority of motherboards only having a single header of each type. Thankfully the Prime has two USB 3.0 headers to go along with the USB 3.1 Gen 2. Between that and the 24 pin ATX power input there is even a vertical mounting for anothe M.2 should you happen to have three of them on hand. 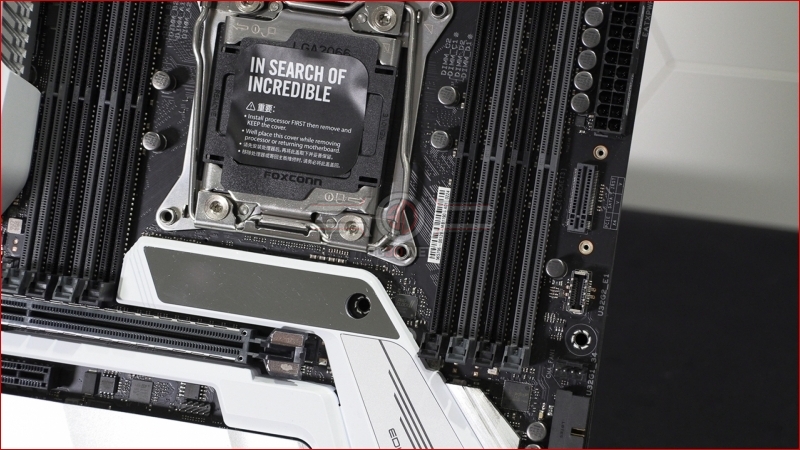 Despite the prevalence of M.2 drives these days, and particular on the Edition 30, there are still eight SATA ports for those of us with a motley collection of SSDs on hand. 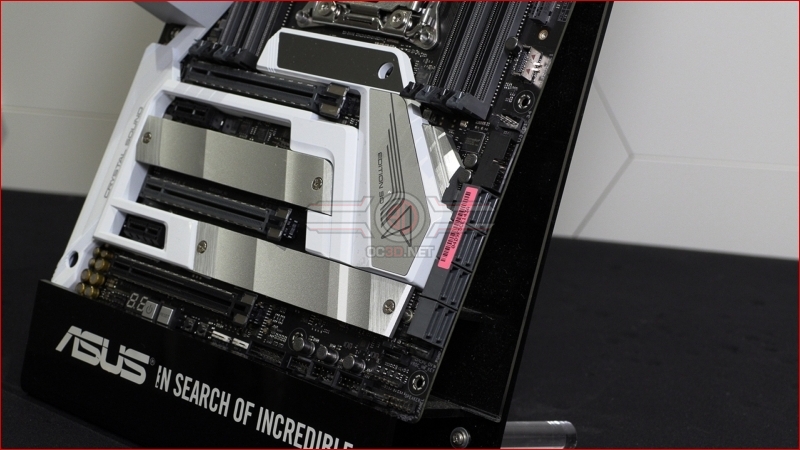 At the bottom right we find a broad selection of USB and front panel headers, as well as a couple of spots for fan and pumps to be installed if the need arises. 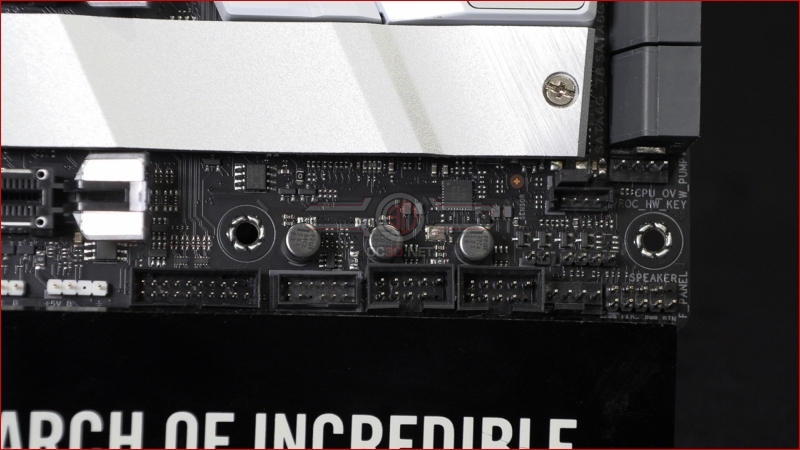 Besides the Crystal Sound 3 Audio we have the usual ASUS Q_CODE display, onboard power switches as well as BIOS controls and the RGB and addressable headers which let your lighting shine. If you can get the AURA software to work, which isn't a guarantee. 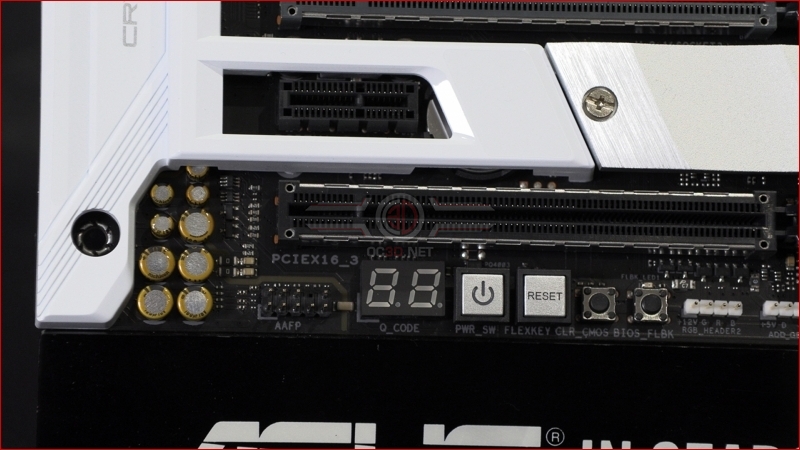 The main VRMs are cooled by one of the thickest chunks of metal we've seen in a long while. Beneath that slotted cover is a fan, something we've seen a lot of on the TRX40 and X570 motherboards now making its way across to the Intel side of things. 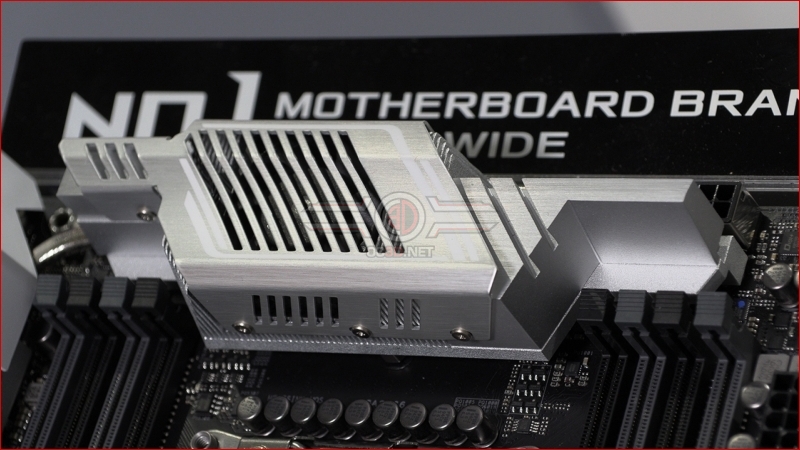 Lastly that actively cooled VRM heatsink is tied to the IO shield and heatsink combination on the left hand side with a meaty heatpipe. This is something which is becoming more common on recent motherboards, especially with the movement of the CPU power input to the top right. 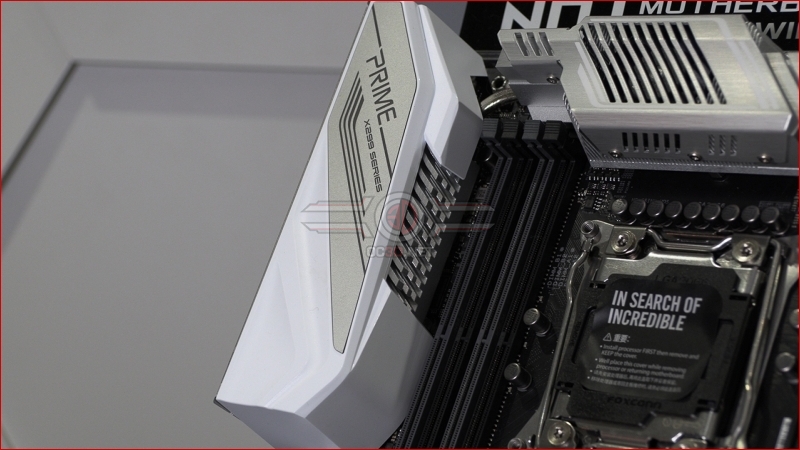