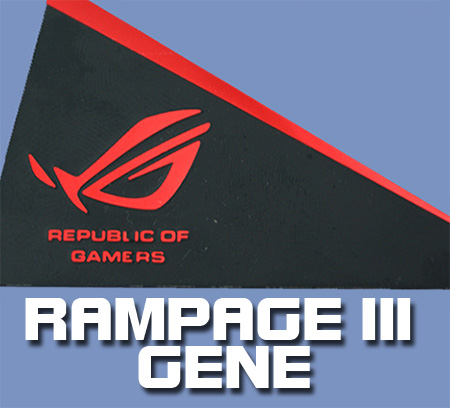 Starting with the excellent Sandra from SiSoftware, we can see that in our Arithmetic test the Gene easily keeps up with its big brother. In overclock mode the Gene really rocks, as of course we'd expect.

The Extreme just edges out the Gene in the Multimedia test. Although there isn't much between them to be honest. Naturally the overclock dominates the graphs.

Everest from Lavalys gives a larger lead to the Rampage III Extreme than we saw in the Sandra testing, as befits the price difference between the Gene and the Extreme. The overclock increase remains consistent across the board.

wPrime is far more reliant upon memory speeds and the CPU speed than the motherboard, and we can see that demonstrated in our results. The difference between the big and little Rampage IIIs is negligible.

Futuremarks PC Mark Vantage is a much more system-wide series of tests and we can clearly see the Extreme III justifying its price-tag over the Gene. That isn't to say that the Gene is in any way disgraced. Given its price-tag and naturally cut-down specifications it actually handles the PC Mark test with aplomb.

Runebeard
Nice review Tom, love the looks of this board such clean-cut design matching the current gen RoG style. Also congratulations are in order! ASUS have put the review up on Facebook stating,

Wow - Overclock3D have done it again with the WORLDS FIRST REVIEW of the Rampage III Gene!!!!

tinytomlogan
We do try to do our best for you guys.....

Lets just say this is the warm up act eh

alienware
This board kicks all kinds of ass. LOADS of people I know are using it.

A little while ago you could pick up the latest Alienware chassis on Ebay for about £200 with a 1kw Delta PSU. Few of my friends got them and put in this board.. It kicked seven shades out of the actual Alienware

alienware
BTW Tom I think this is relevant.. I am an ROG owner. I have noticed the ROG site is immensely slow. Terrible, even.

Is this just me and if not could you have a word with Asus? TBH that's the ONLY gripe I ever had with my board was waiting all day for the updates to download and then finding they had dropped and corrupted..

If this post needs moving then please do so

tinytomlogan
Quote:
I doubt anyone is using this, seeing as this is the worlds first RE3G review, the RRP hasnt even been confirmed 100% yet let alone any shops have them!Quote
Reply