If you've got a modern chassis you'll be dismayed at how many front panel USB connectors you need, and how few the average motherboard provides you with. Thankfully the Maximus XII Extreme stops you having to buy cheap chinese expansion cards by providing you with two USB 3.2 headers, as well as two USB 3.1 headers. Hooray for that. There is also yet another fan header tucked between those two USB headers. 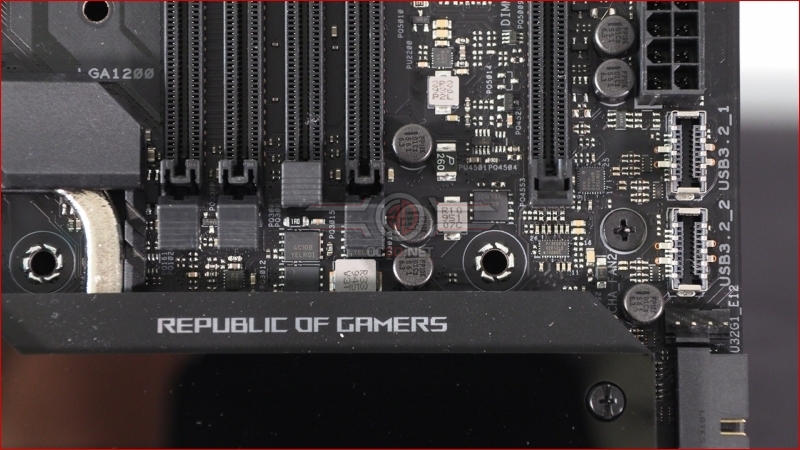 It isn't only in the USB connectivity stakes that the M12E has you covered as there are eight SATA ports as well. Funny how U.2 dropped off the face of the planet without any support at all as M.2 dominated, but SATA drives still have our back. 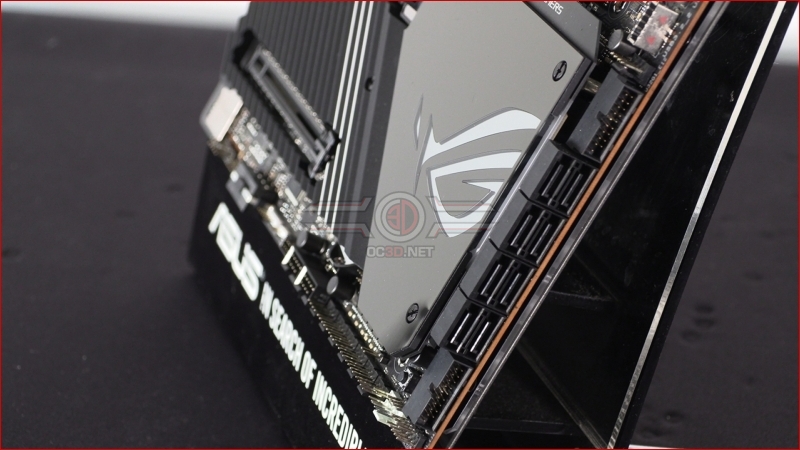 Oh boy. Those of you with dedicated full water loops, or just a need for a lot of fans in your case, will be delighted at how many fan headers ASUS have provided for you. As well as the ones dotted around the PCB, and those available on the expansion card, there are headers here for radiators, water pumps, flow monitoring, the whole shebang. Next to those are USB 2.0 headers for your RGB lighting control units, and the ASUS Node header takes us neatly from this picture 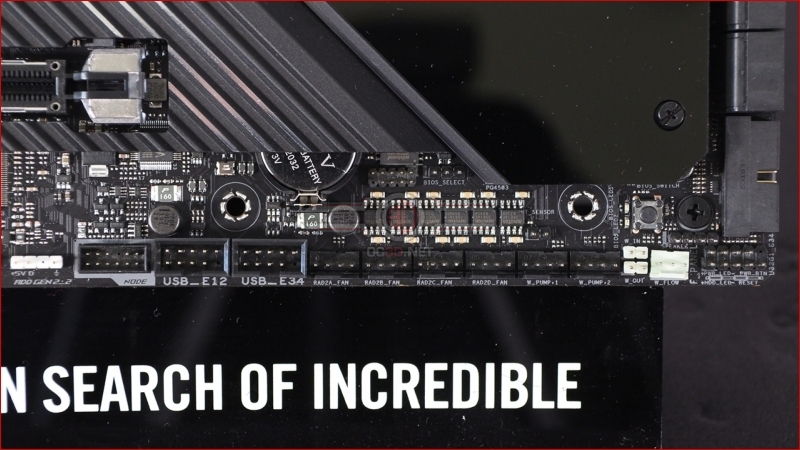 to this one. Carrying on we find the RGB headers and addressible strips that let us show off our system in the most visually splendid manner our creativity can muster, whilst the SupremeFX audio - S1220 - will be familiar to anyone who has owned a recent ASUS motherboard.

Just in case you're curious, yes the PCI Express is still in 3.0 guise. 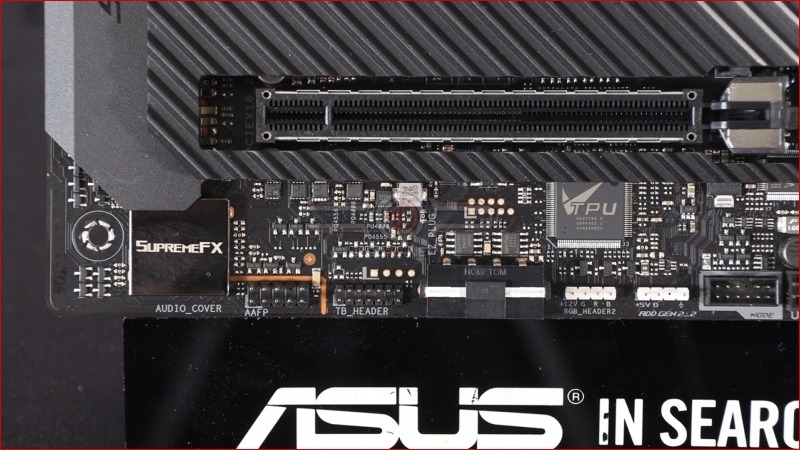 Around the back is almost everything you could hope to find and utilise. All types of USB ports are in attendance from 3.0 to 3.2 Type-C. There are both networking types too, WiFi 6 and LAN, with the LAN ports split into the 10G model for those of you with beefy home networking - such as our boss - and 2.5G for the rest of us mere mortals - such as your extant writer. Even the audio jacks have LEDs built into them, for that light show that we all demand. 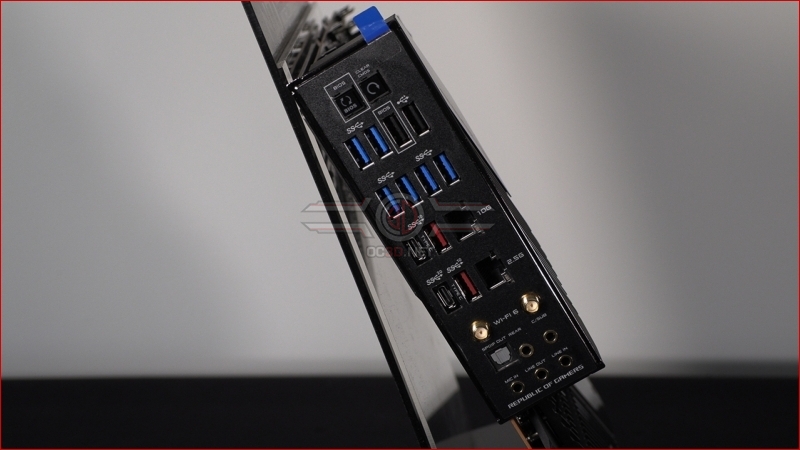 Wrapping up with the all-important power section of the Maximus XII Extreme which is made up of 8-phase VRM comprised of sixteen Infineon TDA21490 power stages pushing 90 Amps each. Just in case you felt your current motherboard was a bit gutless. We also think the heatsinks are a work of art and that gives us a good excuse to show them off in more detail. 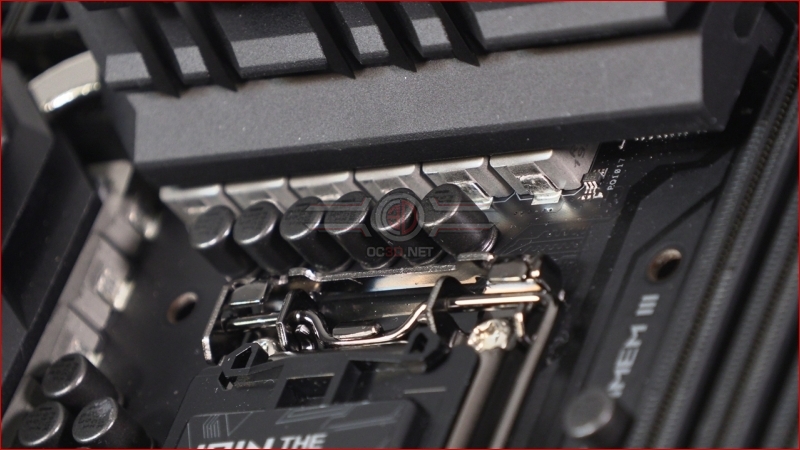 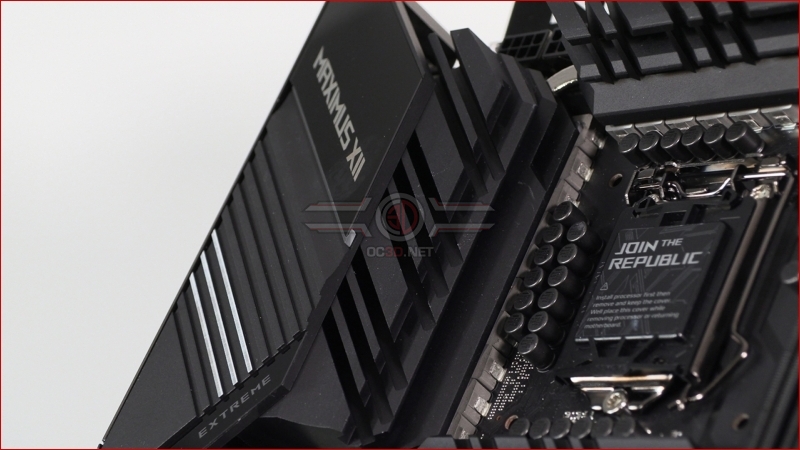