Starting at the top left it's worth drawing your attention to the heatsink which is a massive chunk of metal. That explains the board weight. Certainly it's a huge step up in quality from the many plastic coverings we see. Hopefully it's not indicative of warmer VRMs needing a larger surface area to cool. We'll find out soon enough. In other news, two Pro-Cool 8pin 12V Power inputs. 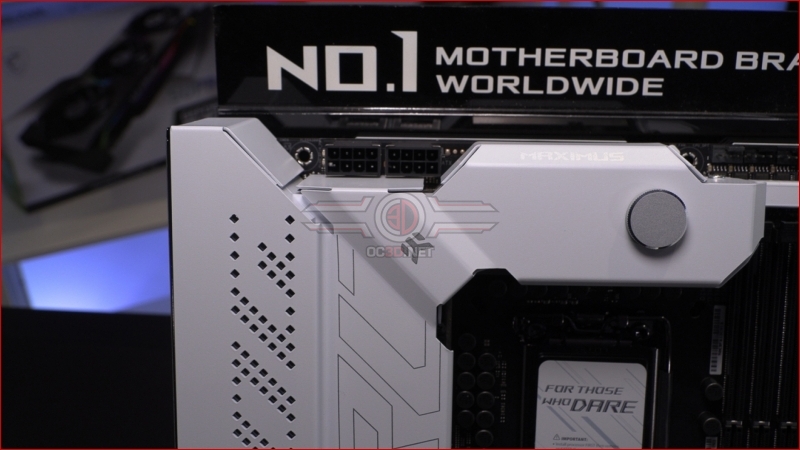 We all know that cooling is one of those things that cannot be over-emphasised. Not only does a cooler system mean a longer lasting system, but cooler means quieter fans instead of an endless drone when you're trying to concentrate and, most importantly of all, cooler means more performance. Even if you live with headphones pounding the latest tunes into your ears, you'll appreciate performance and the four fan/pump headers on the Formula speak with intent. 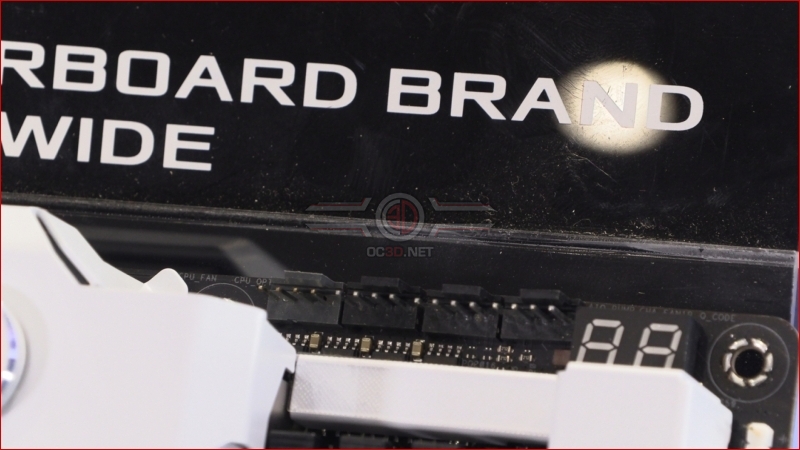 The buttons are built into the shroud, and there is a small cut-out for the first of many parts of the AURA lighting ecosystem. 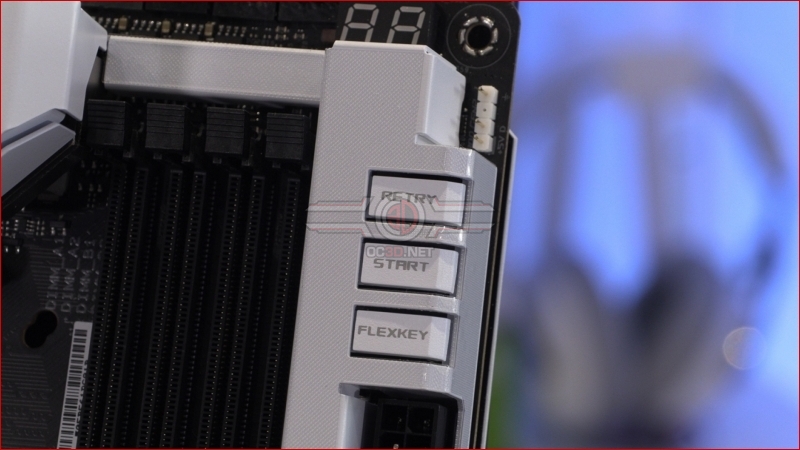 Continuing out move around you'll see the single-latch DIMM slots are present and correct. The front panel USB Type-C is the Gen2x2 format with 20Gbs of transfer speeds available. Just above that is the extra power header for the PCI Express that used to be found at the bottom edge of the PCB. 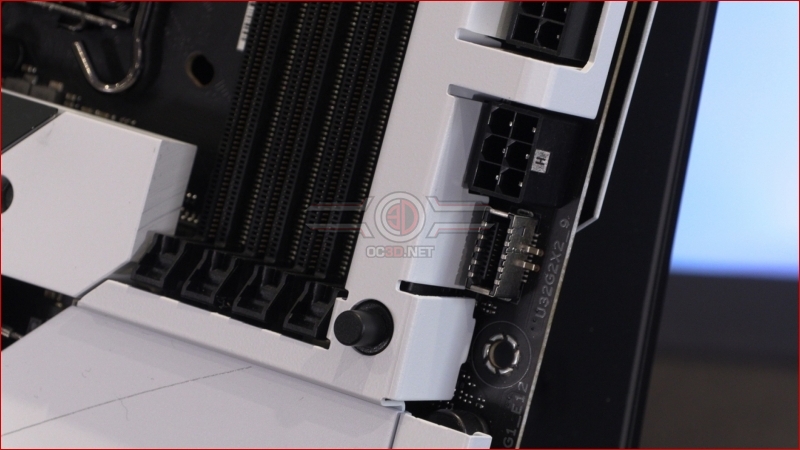 The SATA ports are in their usual horizontal position, but thankfully ASUS have moved their USB Type-A front panel connectors to this orientation too, perfect for the cable-tidy fans in the audience. We can't wait until motherboard headers are horizontal by default. 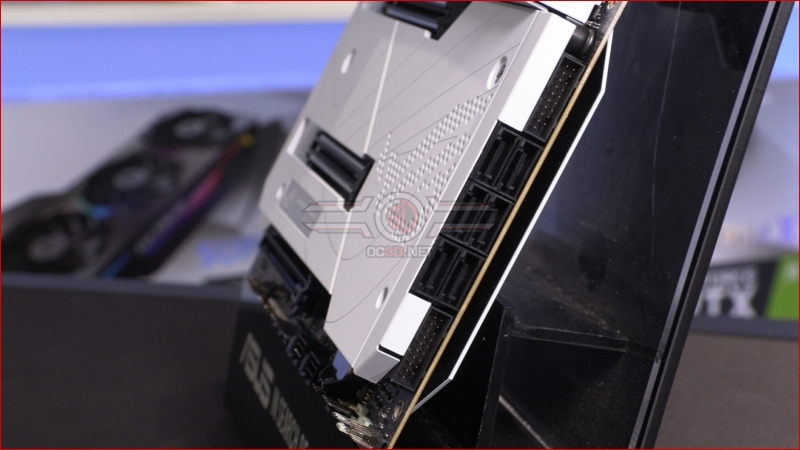 The bottom edge is always the busiest and the Maximus Formula is no exception. From right to left we have the front panel connectors that plug your motherboard in to your case, or is it your case in to the motherboard? Next along the water-flow monitoring and pump headers sit next to the USB 2.0 ports which are pretty much exclusively used for AIO/RGB control these days. 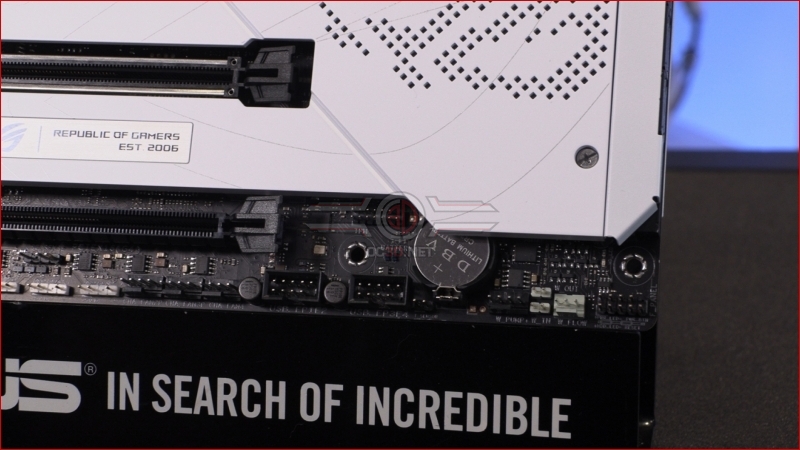 Following those are more fan headers, because you can never have enough, and then the last three parts of the AURA Lighting RGB/ARGB headers. White, isn't it. 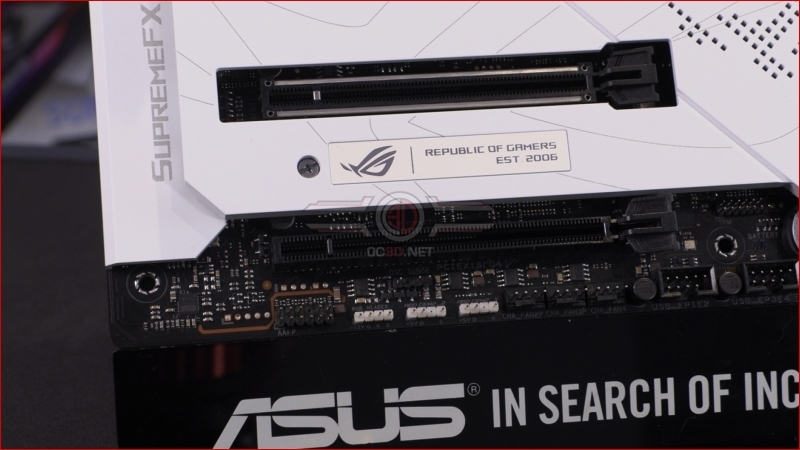 The old OC3D rule of thumb that the more there is on your IO backplate the higher in the range the motherboard is definitely holds true with the new ROG Z690. USB ports of all types and speeds sit alongside Wi-Fi 6E antenna and, to a certain type of person, the star of this particular show, the Marvell AQtion 10G LAN port. If you've got the home networking infrastructure, or live next to the fibre broadband exchange, then you will enjoy the high bandwidth this can bring. 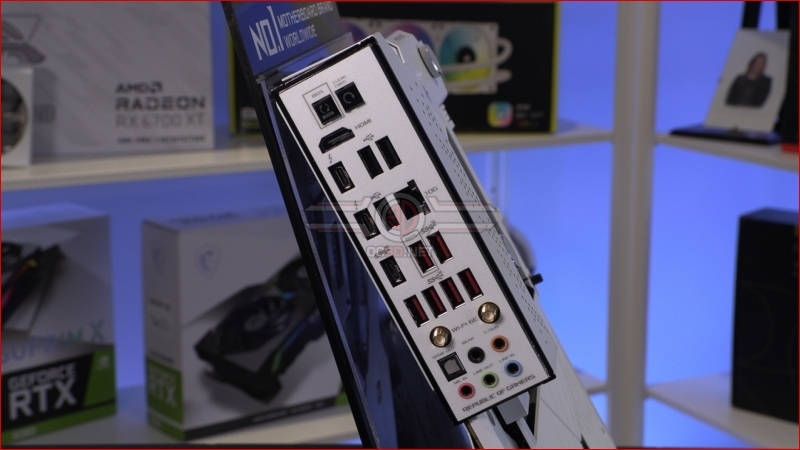 One more to go.


Review it when it's available and AFTER we know whether the CPU's are rubbish or not. (I'll be surprised if they turn out "quite good, but nowt to write home about, tbh." myself)


There couldn't be a WORSE time for brand-apanking-bleeding-edge-new and you'd probably be daft going there. Which makes all these preview vids a humongous waste of time.


Such a shame, because it is pretty in the pics! :-(Quote

looz
Such unwarranted anger for OC3D sharing what they are allowed at this point. There will surely be a round-up of comprehensive reviews once NDA lifts. That's a massive amount of work which shouldn't be taken for granted - no matter what you think of the product or vendor.Quote

Apologies for being old school and actually getting excited about new kit turning up. Doesnt matter if its AMD or Intel - new is cool and lets have a look as early as possible.Quote

Warchild
Quote:
Well he's only one bad apple. The rest of us appreciate the time and effort you put in.
I commented on Deadtroopers earlier. There isn't a single post made where he isn't negative/complaining or insulting in some way.

I'm pretty sure everyone enjoys these previews like I do. Although I'm disappointed you didn't have the extreme board to tease us with. That said, now I'm stuck with the Z590 Glacial, maybe I don't want more temptation

Dark NighT
Quote:
Don't apologize for that TTL, he's just a sour patch with all the nagging and moaning about his very specific preferences and rude comments.


That's a nice looking board tho, if i was in the market to upgrade, i would stronly consider that one.Quote
Reply