Up Close - Heatsink, Lighting and Video

Up Close - Heatsink and Lighting

The first two images show off the cover for the three M.2 slots built in to the PCB of the Maximus Formula. Both PCI Express slots support PCIe 5.0, so you can expect some ludicrous speeds when the market catches up.

The lower six pictures show off the lighting and LiveDash built in to the Formula. The lighting is more subtle than previously thanks to those small holes through which it shines. What we really want to know is whether ASUS have finally brought their software kicking and screaming in to the current era, because it's consistently been the weak point of older LiveDash designs. Even now our AI Suite 3 software regular coughs its guts up. So whilst it's great to see the LiveDash return and in such a clear design too, we hope the software to control it is better.

We'll be putting the Maximus Formula through its paces soon enough. Until then, enjoy a good look and get saving.

You can discuss the ASUS ROG Maximus Z690 Formula on the OC3D Forums, and return on the 4th for our full reviews. 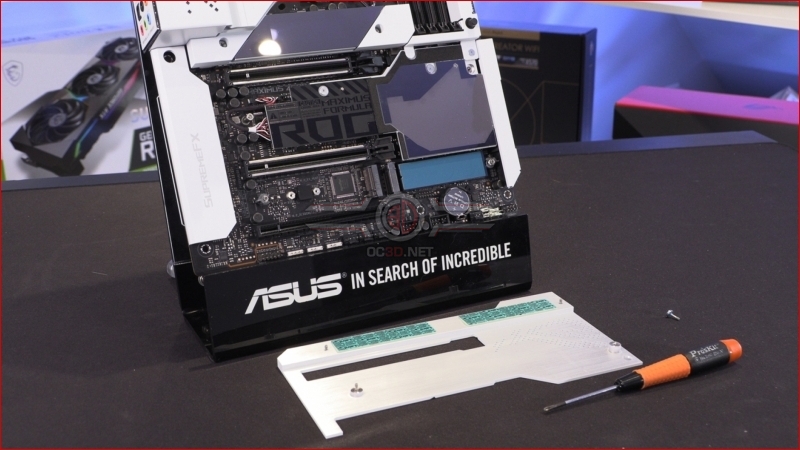 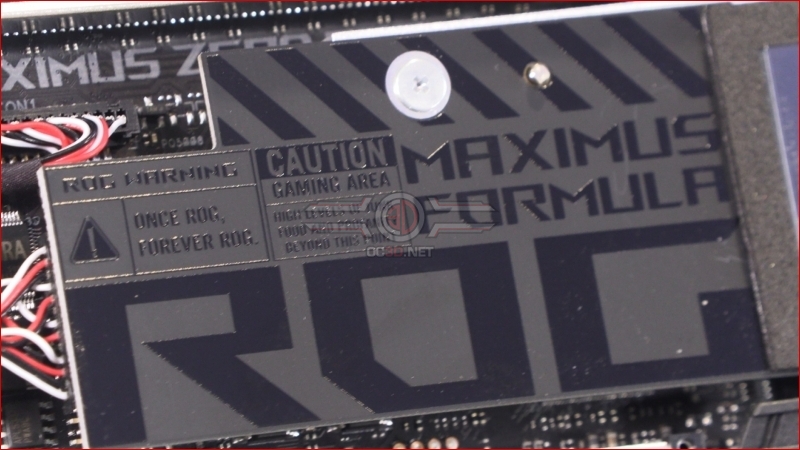 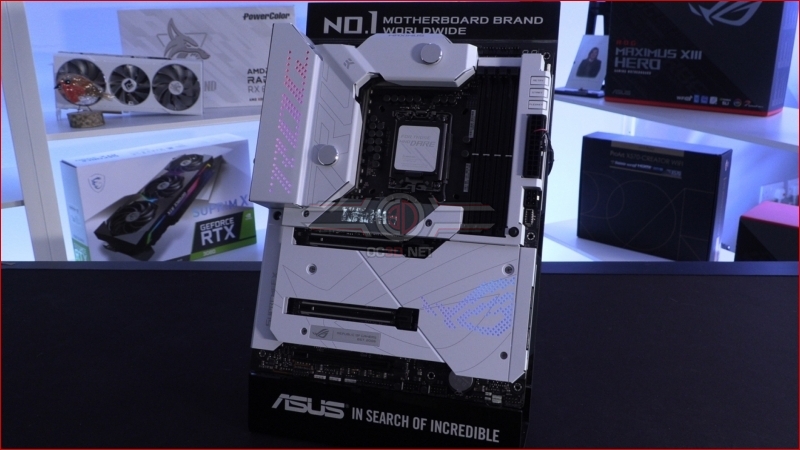 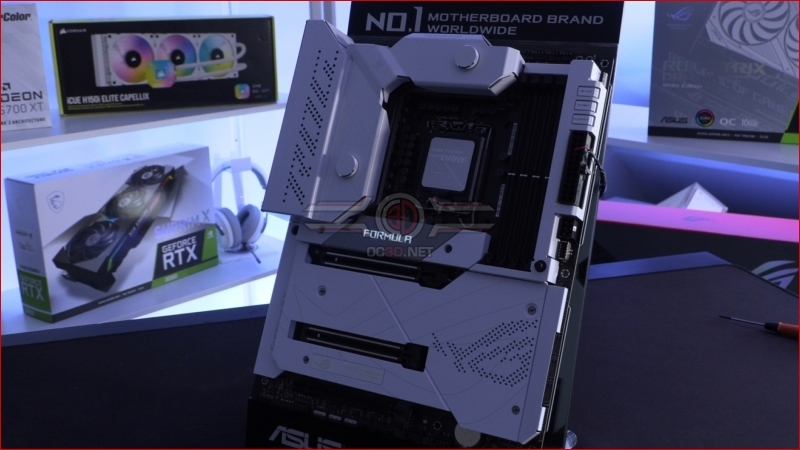 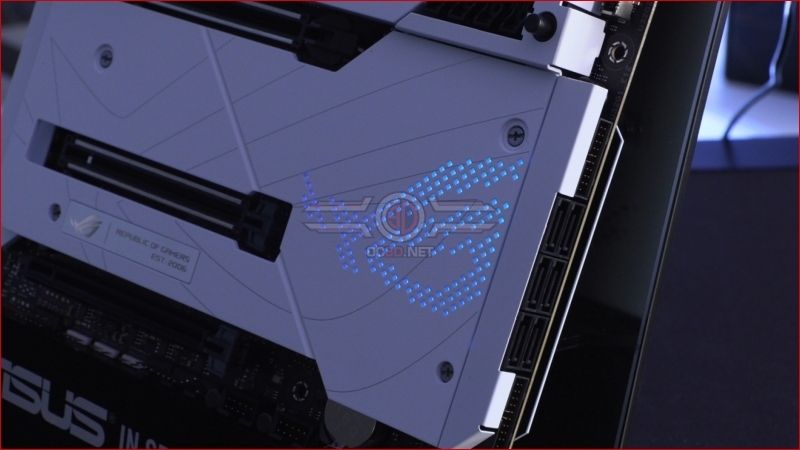 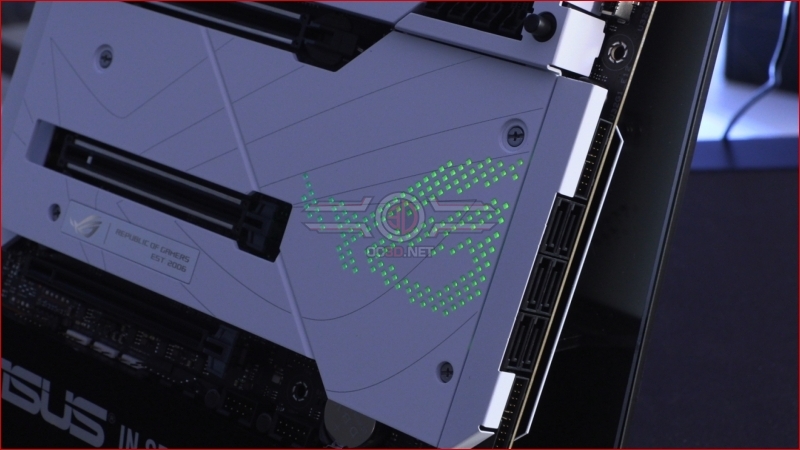 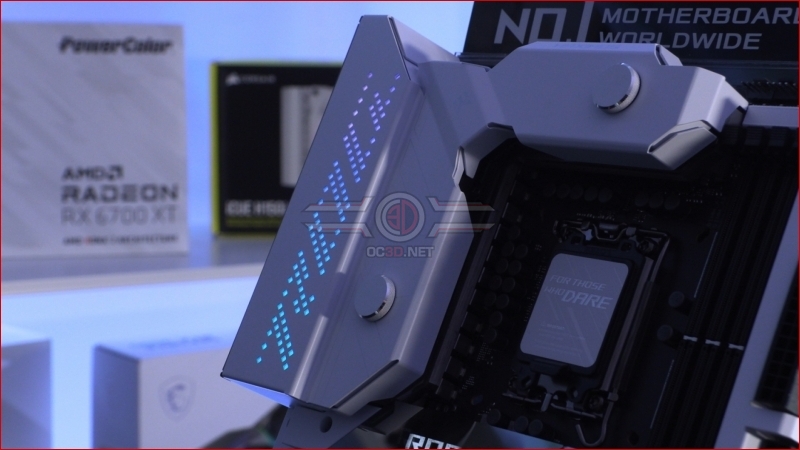 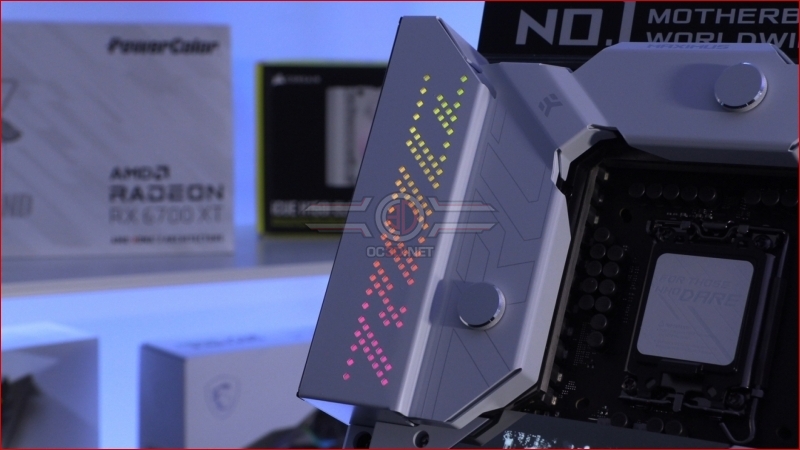 
Review it when it's available and AFTER we know whether the CPU's are rubbish or not. (I'll be surprised if they turn out "quite good, but nowt to write home about, tbh." myself)


There couldn't be a WORSE time for brand-apanking-bleeding-edge-new and you'd probably be daft going there. Which makes all these preview vids a humongous waste of time.


Such a shame, because it is pretty in the pics! :-(Quote

looz
Such unwarranted anger for OC3D sharing what they are allowed at this point. There will surely be a round-up of comprehensive reviews once NDA lifts. That's a massive amount of work which shouldn't be taken for granted - no matter what you think of the product or vendor.Quote

Apologies for being old school and actually getting excited about new kit turning up. Doesnt matter if its AMD or Intel - new is cool and lets have a look as early as possible.Quote

Warchild
Quote:
Well he's only one bad apple. The rest of us appreciate the time and effort you put in.
I commented on Deadtroopers earlier. There isn't a single post made where he isn't negative/complaining or insulting in some way.

I'm pretty sure everyone enjoys these previews like I do. Although I'm disappointed you didn't have the extreme board to tease us with. That said, now I'm stuck with the Z590 Glacial, maybe I don't want more temptation

Dark NighT
Quote:
Don't apologize for that TTL, he's just a sour patch with all the nagging and moaning about his very specific preferences and rude comments.


That's a nice looking board tho, if i was in the market to upgrade, i would stronly consider that one.Quote
Reply