By now the ROG Strix packaging is as recognisable as anything else on the market. The combination of clear product shot and rainbow hued ROG eye logo on the black background grabs your attention. 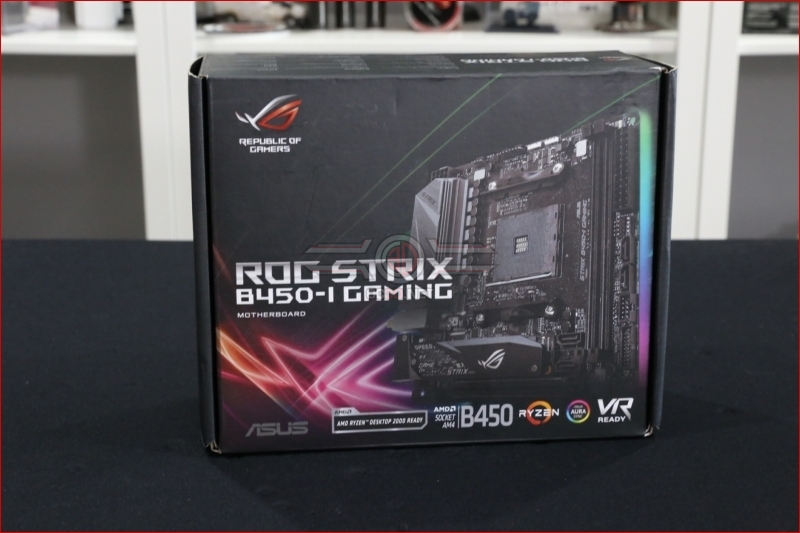 Inside the accessories are very much at the bare minimum end of the market, but nothing unexpected given the relatively low price tag on the Strix B450-I. Certainly you aren't left wanting for anything, and you also aren't paying for bits of hardware that will just sit in the box. 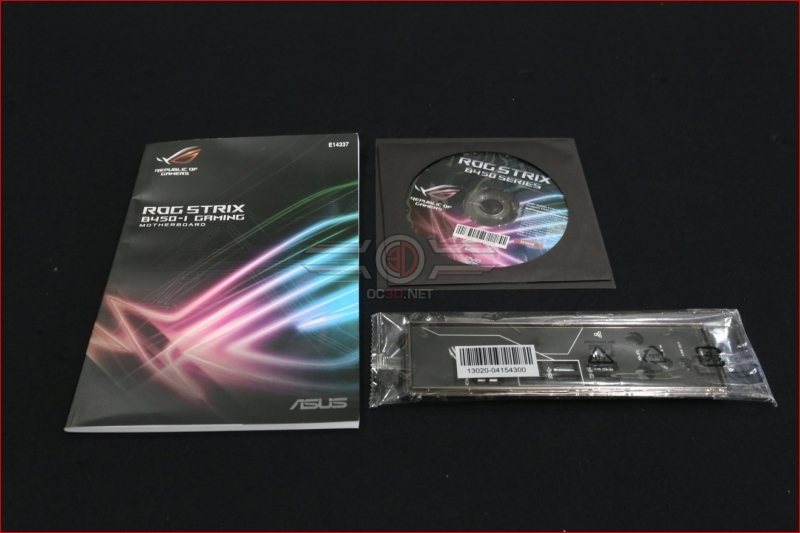 We're not sure we'll ever get used to how small ITX motherboards are. The fact that something which can fit in your hand is also capable of running a full on single-GPU gaming setup still blows our mind. Probably the most interesting element is the combined Audio daughter board and M.2 heat spreader. Fitting an M.2 socket on is very much an important element of any modern motherboard and the way that ASUS have managed to give you two - one on the rear as you can see in the second photograph below - as well as one in the more usual front place mean that the richer of you can run RAID M.2 drives, despite the tiny footprint of the Strix. 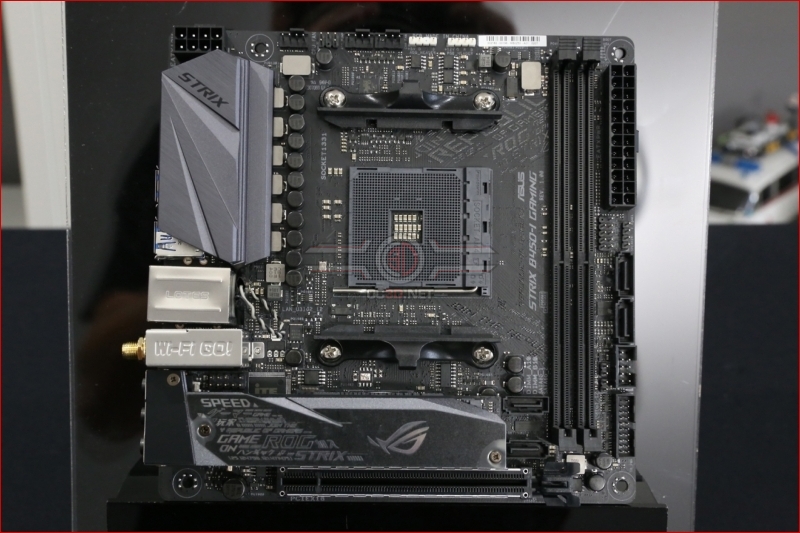 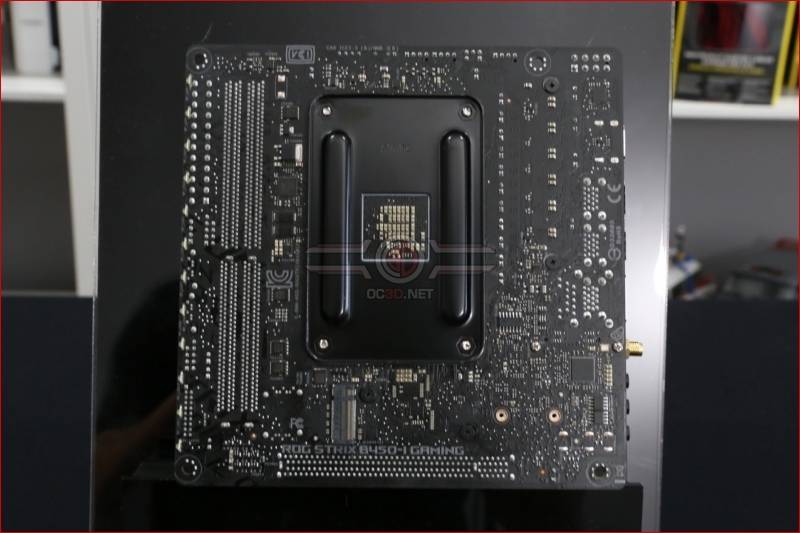 Around the back we have an HDMI port which supports HDR if you're lucky enough to have a HDR display. Otherwise it's the usual selection of USB ports, LAN ports, WiFi antenna and audio jacks. The audio jacks are LED enhanced, for those of you who like a bit of sizzle with your steak. 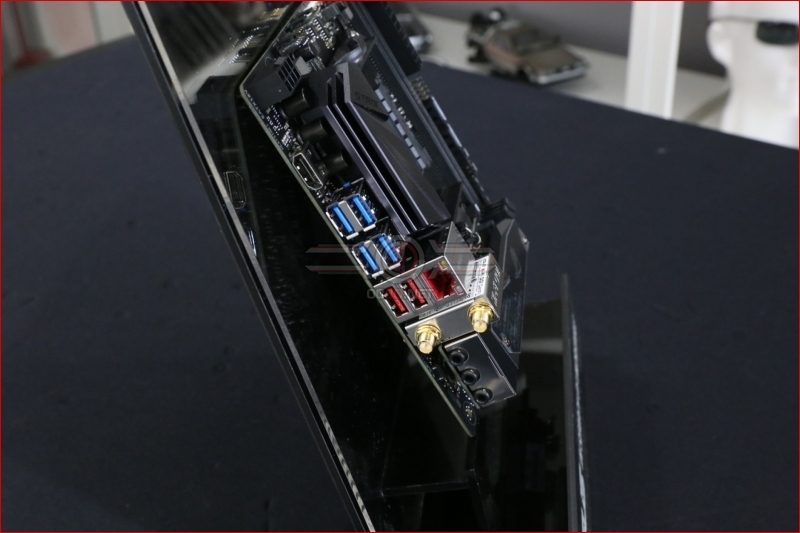 Just because the ROG Strix B450-I is compact doesn't mean that ASUS have skimped on either the cooling or their implementation of the AURA Sync technology. At the top of the board we find 3 headers which support fans and AIOs, whilst next to them are two RGB LED strip headers for the AURA Sync RGB lighting. Because of the placement of the PCI Express socket all of the USB headers and SATA ports are on the right hand edge of the Strix B450-I, but only one of them will require a little careful cable routing if you want to hide everything neatly away. 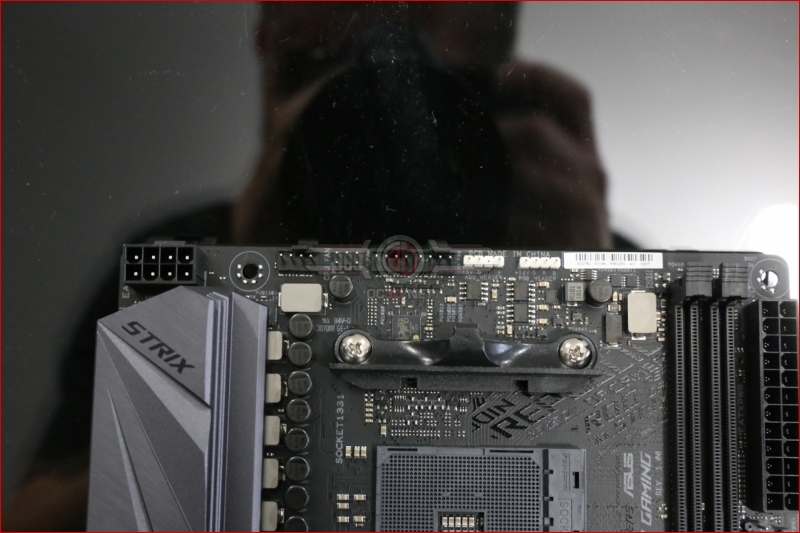 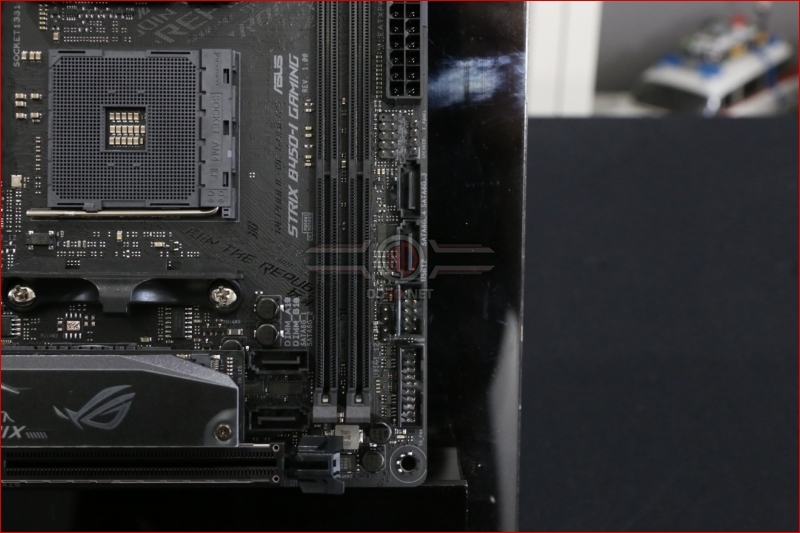