Neither of the two Strix B550 motherboards will leave you gasping at the sheer wealth of accessories included in the box, but neither will they leave you tipping it upside down wondering if a pair of SATA cables is really all you're going to get. 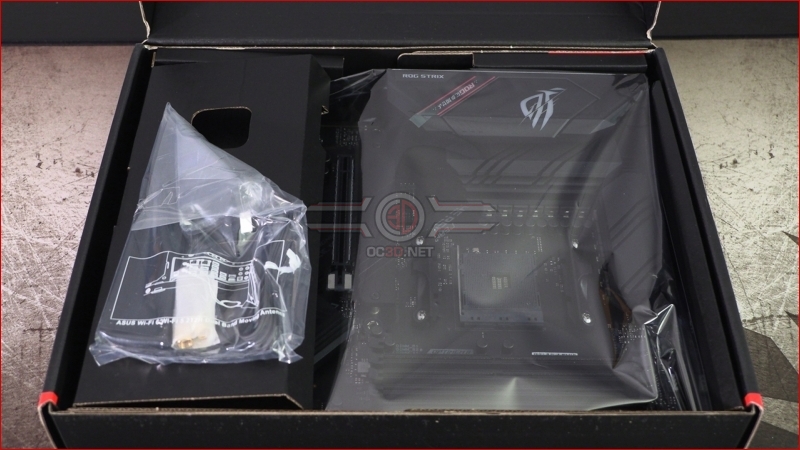 For the B550-F you get four SATA cables, a WiFi 2x2 antenna, addressable RGB extension cable, M.2 screws and rubber mounting kit as well as the DVD, manual and ROG velcro cable ties that are so familiar. 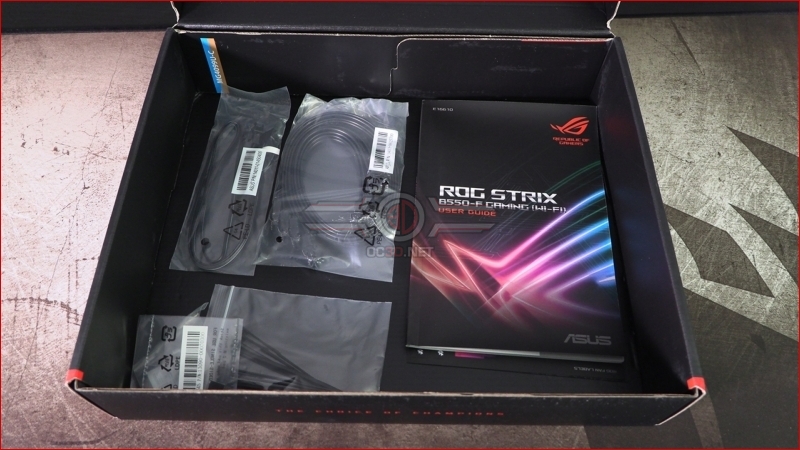 Despite having 12+2 rather than the 14+2 on the E the Strix-F still has a 4+8 CPU 12V power input arrangement squeezed between the carefully milled heatsinks. 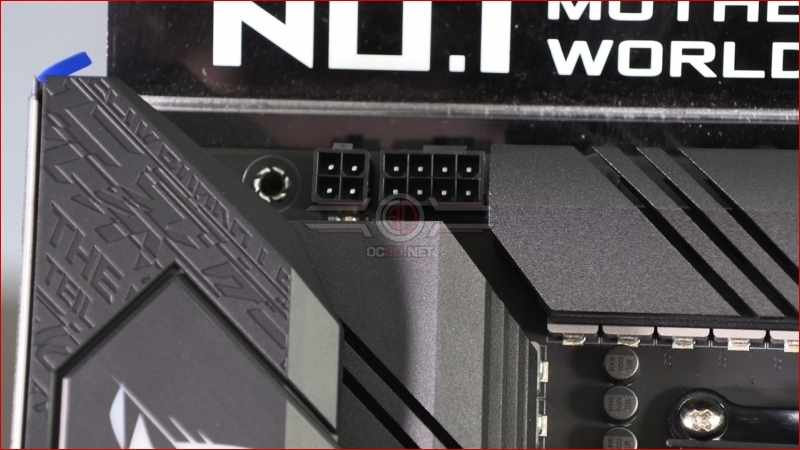 At the top right we find both CPU fan headers sitting alongside the RGB header that forms part of the AURA lighting system. 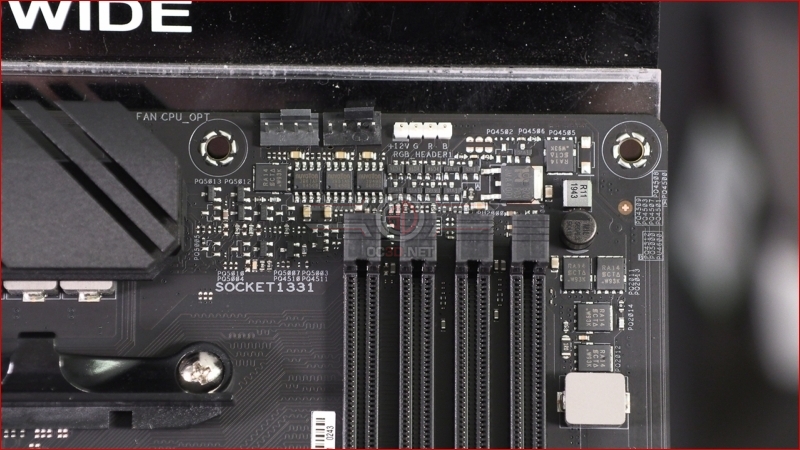 Unlike the Strix-E the F makes do with a single Type-A USB 3.2 Gen1 front panel header. Hopefully your case hasn't too many front panel USB ports, or budget for an expansion card. 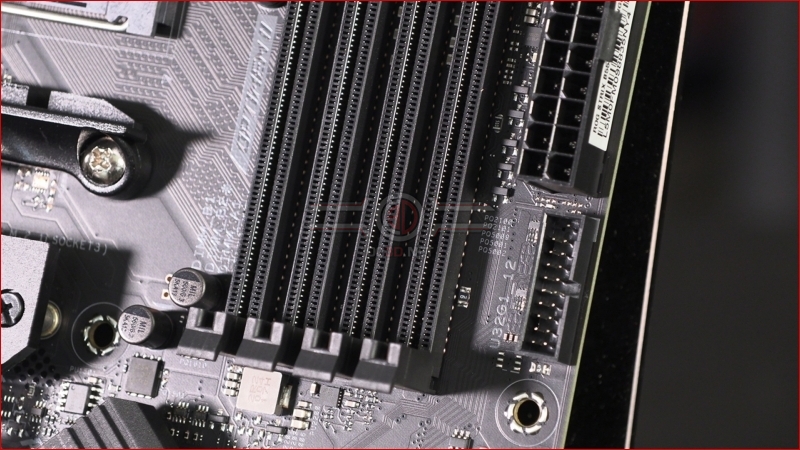 Despite having a couple of M.2 slots the Strix B550-F doesn't ignore those of you who still rely upon more affordable storage options with six SATA 6 Gbps ports. To be honest we can't remember the last time we saw a motherboard with SATA 3 Gbps ports, so maybe 6 Gbps goes without saying. 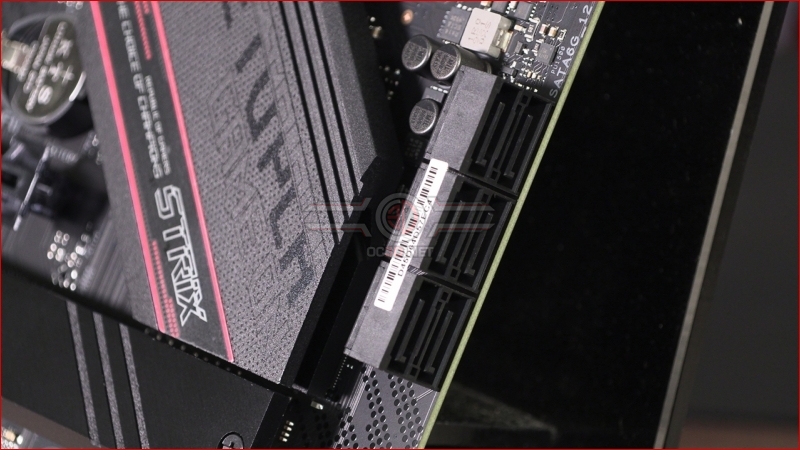 At the bottom edge we find a close up of both the design of the M.2 heatspreader as well as the dots which adorn the PCB. We're not sure if we like them, but as they are purely a matter of aesthetic preference we'll move on to teh front panel connectors. Next to those we find the USB 2.0 front panel headers sandwiching a couple of case fan headers. 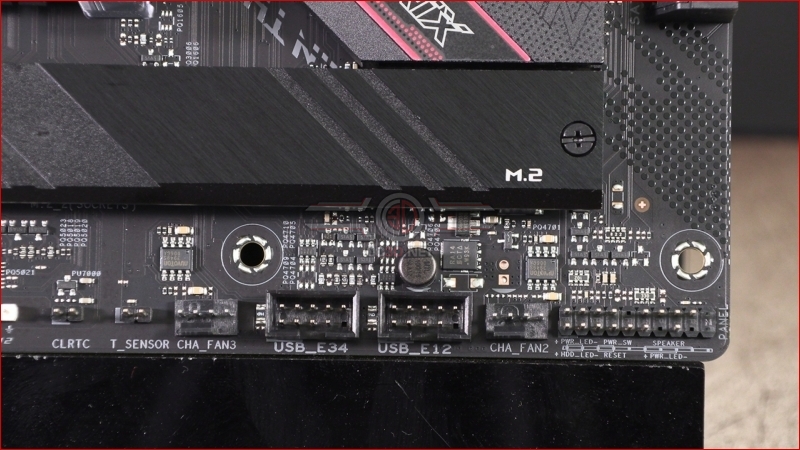 Lastly the left hand corner finds an addressable header alongside the plain RGB one, and of course the SupremeFX audio board that has rendered external soundcards to the dustbin of history for all but the most dedicated or demanding audiophile. 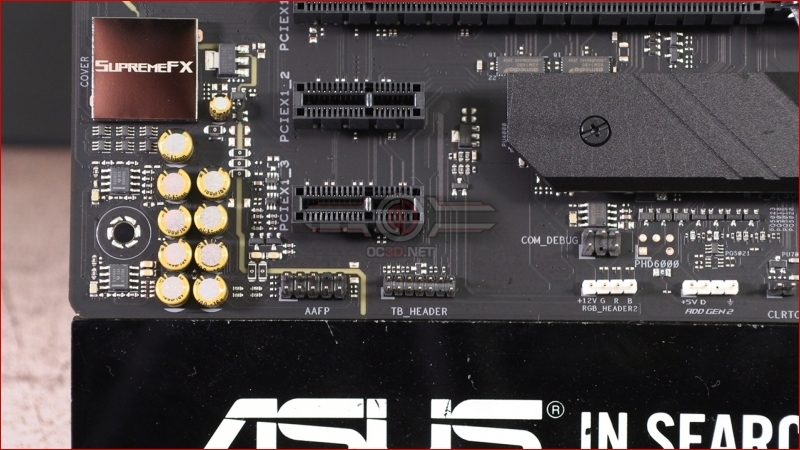 One area where the design of the Strix-F matches that of the Strix-E is the heatsinks for the power phases, although with only 14 in total to cool there is a rather odd looking overhang. Odd at least if you're used to seeing them bristling out the sides. 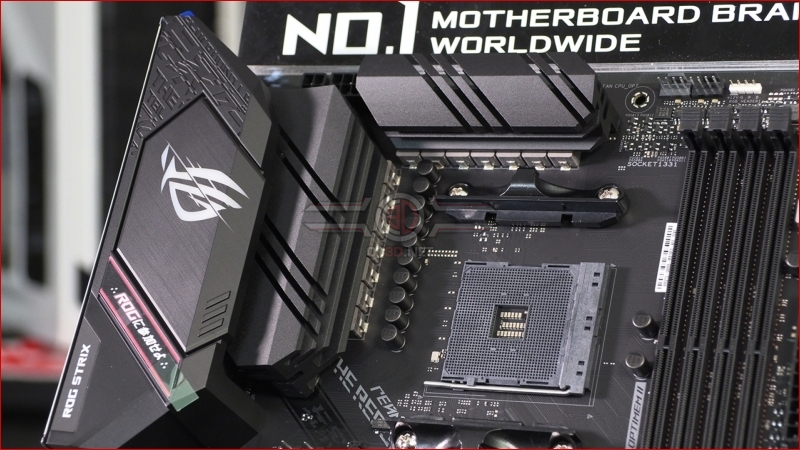 Lastly let's run over the Strix B550-E take on the newest AMD chipset.