The Strix-E has a slightly larger collection of goodies hidden within it's plastic baggery. As well as the four SATA cables and the addressable RGB extention cable we got with the F, the E also has a regular RGB extension cable and a ROG Audio USB Type-C to 3.5mm jack cable. With audio jacks on board that most people will use, or pull up their USB headset instead, we wonder what exactly this is useful for, but clearly market research says there is a crying demand for this cable so have at it. 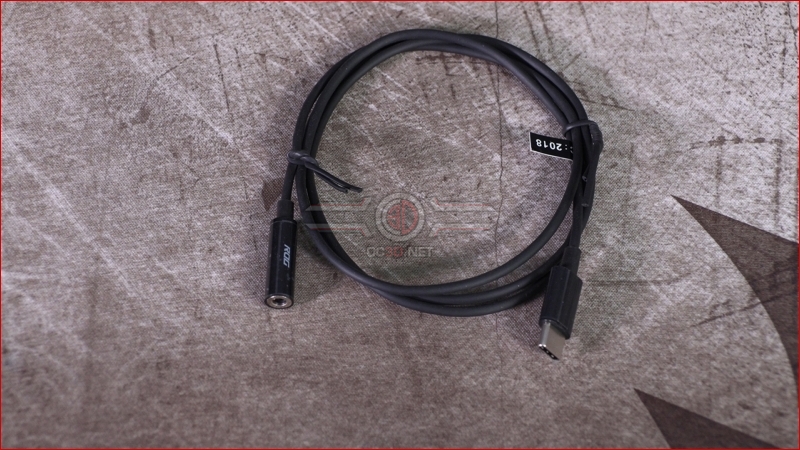 Whoo RGB extension cables. Odd that motherboard manufacters have to do what the people who make the RGB LED strips comprehensively fail to, i.e give us more than a nanometre of cable. More fool me for wanting to place my LED strips somewhere other than hanging out of the connecting box like a sad spider plant. But, thanks to ASUS, I don't have to any more. 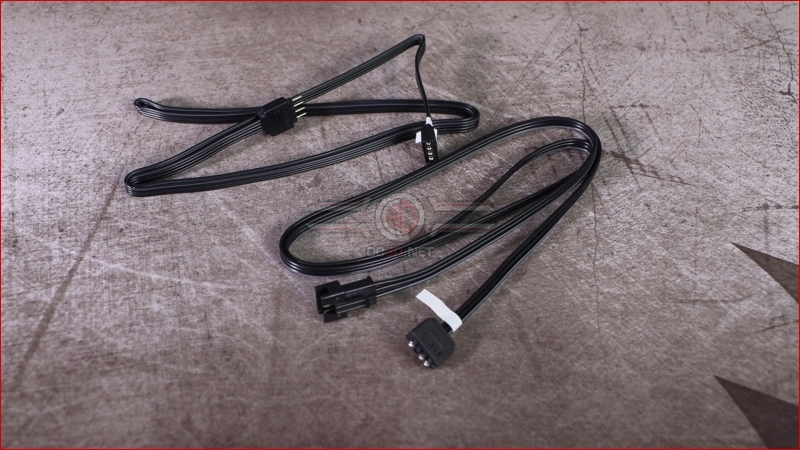 At the top left we have a 8+4 CPU 12V power input nestled between the carefully hewn power phase heatsinks. 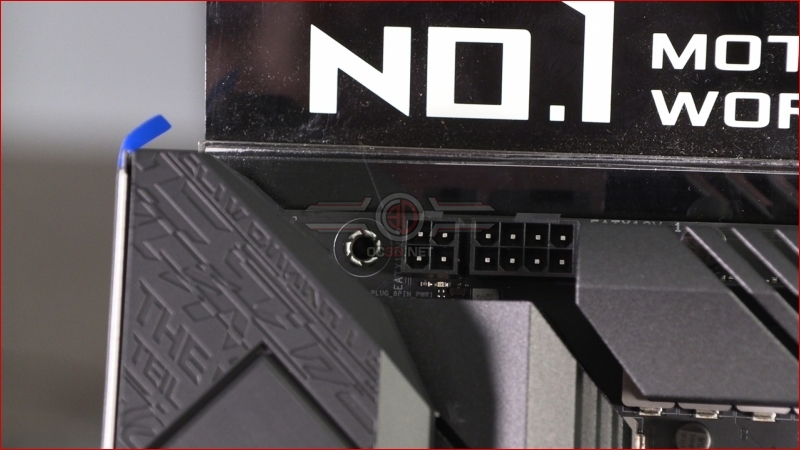 As we move along we find one of the key things the Strix-E does differently to its brother, namely placing the AIO pump header alongside the fan ones, thus saving you a cable routing headache. As the Shamen might sign, E's are good. We also have an RGB LED header perfectly situated for lighting up the top half of your case. 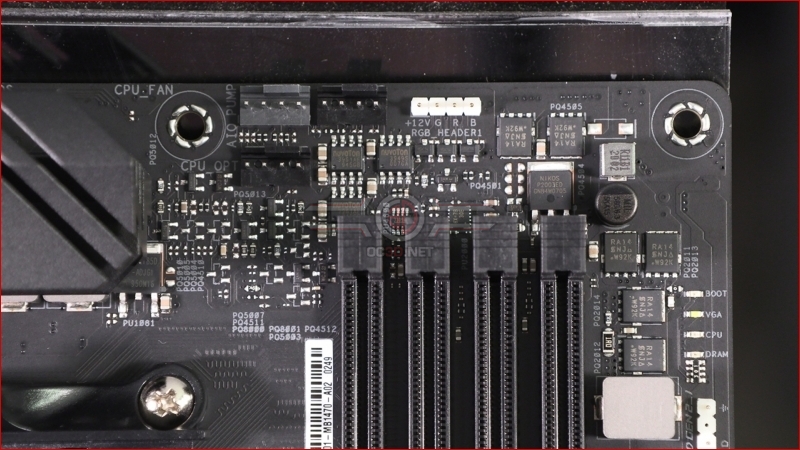 With the front panel USB ports on the B550-E you get a choice of both Type-A and Type-C styles, so if you happen to have a more modern case with a Type-C connector on the front you can make full use of it. Just imagine, soon there will be a whole generation of people who don't know the misery of a USB cable only going in the third way round. 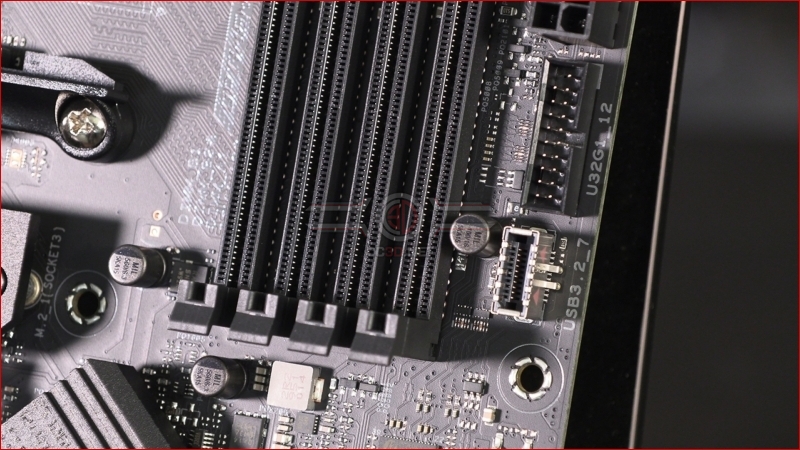 Below those the standard 6 SATA 6 Gbps ports are ready for you to drag across your current data drives from your current build. 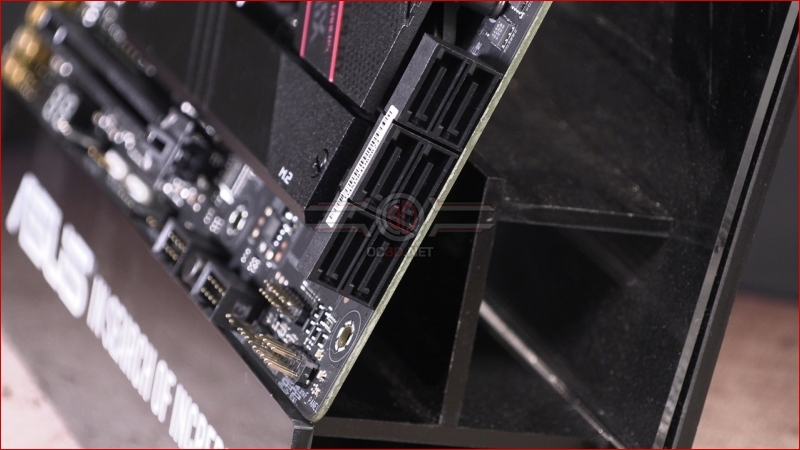 At the bottom corner we find another difference between the E and the F. On the F the front panel header has the more common way around with the speaker to the right of the LED and button connectors. The Strix-E flips this and moves the speaker to the left of the group, perhaps in a tip of the hat to the fact few of us still have our speakers connected for those shiver-inducing "something's gone wrong" POST beeps. Next up are two front panel, or rather internal, USB 2.0 headers. 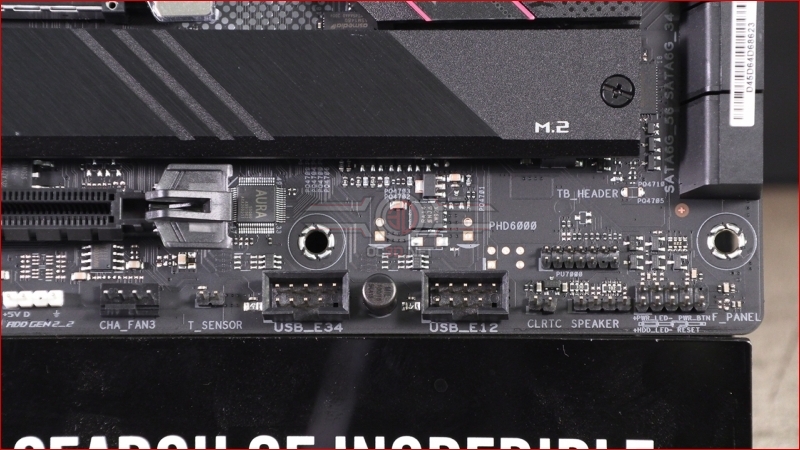 Two case fan headers surround the addressable and standard RGB LED strip headers, with the SupremeFX audio finishing off the bottom row. Cast your eyes a little higher and you'll see that the E has white dots instead of the black ones of the F on the PCB. Additionally with two PCI Express 4.0 slots instead of just the one, the second PCIe 4.0 slot has armour bracing to extend its lifespan. 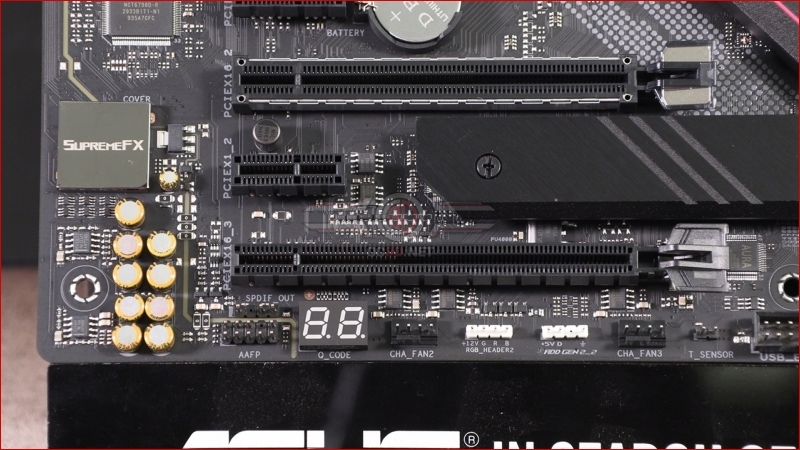 You could stare at the main PCI Express 4.0 slot, or even the M.2 heatspreader, but our eyes are confined to the mid-board fan header that lets us install a case exhaust fan without vexatious cable management with which to contend. 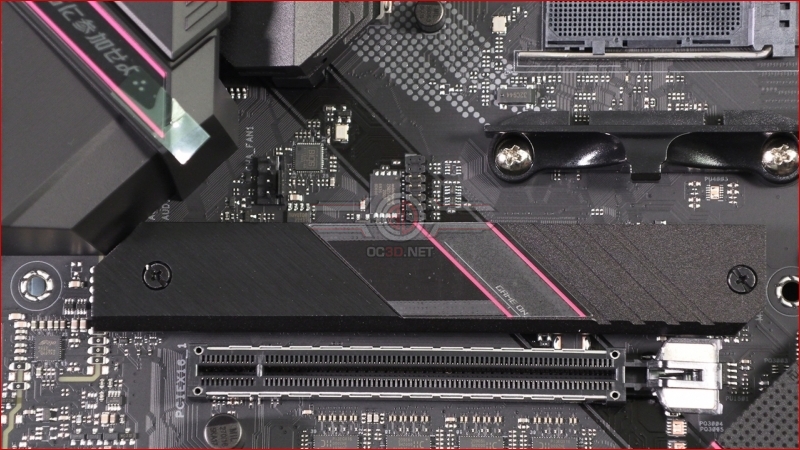 Lastly a glimpse of the 14+2 power phases run by DrMOS. We hope you has a white coat and a stethoscope. "Hi everybody", "Hi DrMOS". You can also see what we meant about how well the heatsink covers the extra MOSFET on the Strix-E. 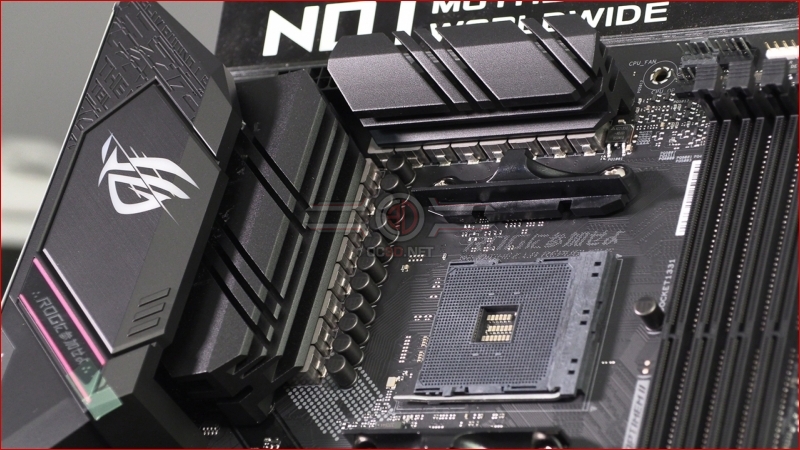