If you've been paying close attention to the news we post on OC3D then you'll be aware that there is a new generation of Intel X series CPUs on the horizon. As with any new technology launch there are some attendant motherboards released to make full use of the new features.

Today we've got the second iteration of the ASUS ROG Strix X299-E Gaming, here in II guise. However, we haven't yet got the processors that it is designed to be utilised with. What this means for you is that we're reviewing it as a preview, using the hardware we used to review the original run of X299 motherboards, but we will revisit this when the CPUs are available. This might be useful if you're planning to upgrade incrementally, or perhaps you just want to look at a future purchase. The key thing to remember is that this isn't a review which is designed to show whether the Strix II is a worthy purchase right now, but just an overview with some benchmark results to perhaps glimpse the areas that the upgraded X299 chipset will bring to the table, or where it needs the next generation Intel CPUs to fully show its potential.

So this is a review, but a review that will be revisited and superseded when the CPUs arrive. The other thing to note is that the last set of X299 reviews were done before a few of the benchmarks we've introduced into our ever-changing set of tests and so there are a couple of graphs which only have this motherboard and the ASUS Prime II in them, whilst our gaming benchmarks are entirely absent as they are all based upon the RTX 2080Ti whereas our old X299 setup used the GTX 980. That's the downside of the original X299 reviews being over two years old. Tempus Fugit. Consider this as a preview that has some graphs in it then.

It is incredible how much technology moves on when you compare like for like. The first edition of the X299 Strix was 6 USB 3.1 ports at the back and a front panel 3.1, whereas the Strix II now uses USB 3.2 Gen2 for the majority of its connections including a front panel one at the side and four USB 3.1 Gen1 ports beneath the chipset heatsink. Similarly the number of M.2 sockets has been boosted from one to three, the LAN has seen the introduction of a 2.5G port alongside the famous Intel I219-V 1G port, whilst the Wi-Fi has gone from 2x2 with Bluetooth 4.2 up to Intel Wi-Fi 6 AX 200 with Bluetooth 5. It's an endless parade of "bigger, better, faster, more".

Elsewhere we see the benefits of more PCI Express lanes. The first Strix had three PCI Express 3.0 slots but they ran in 16x/8x/8x whilst the Strix II is able to configure them in 16x for all three. The DDR4 has seem a similar increase moving up from 4133MHz to 4266MHz. Finally where in the original the centre of the motherboard had a ROG RGB logo we now find the OLED LiveDash feature, whilst the VRM cooling has been significantly boosted to help run the beefier next gen Intel CPUs with the addition of some active cooling. Let's look at it in the flesh. 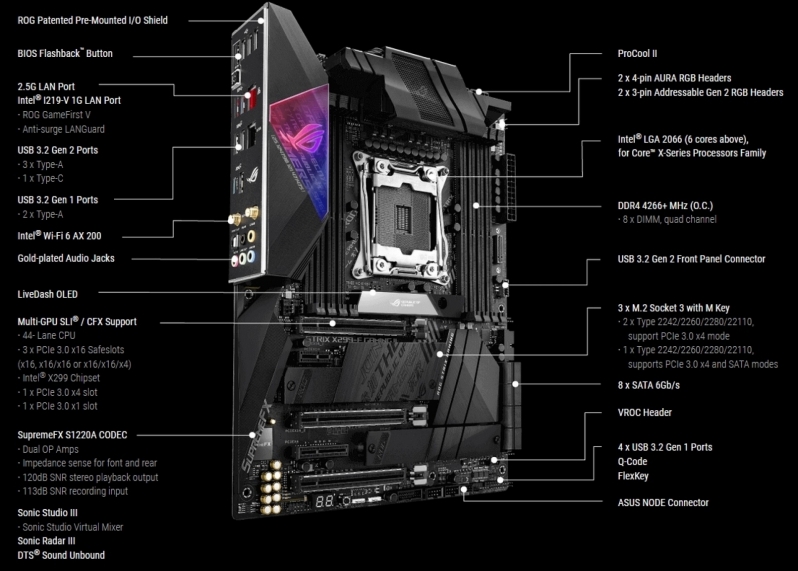 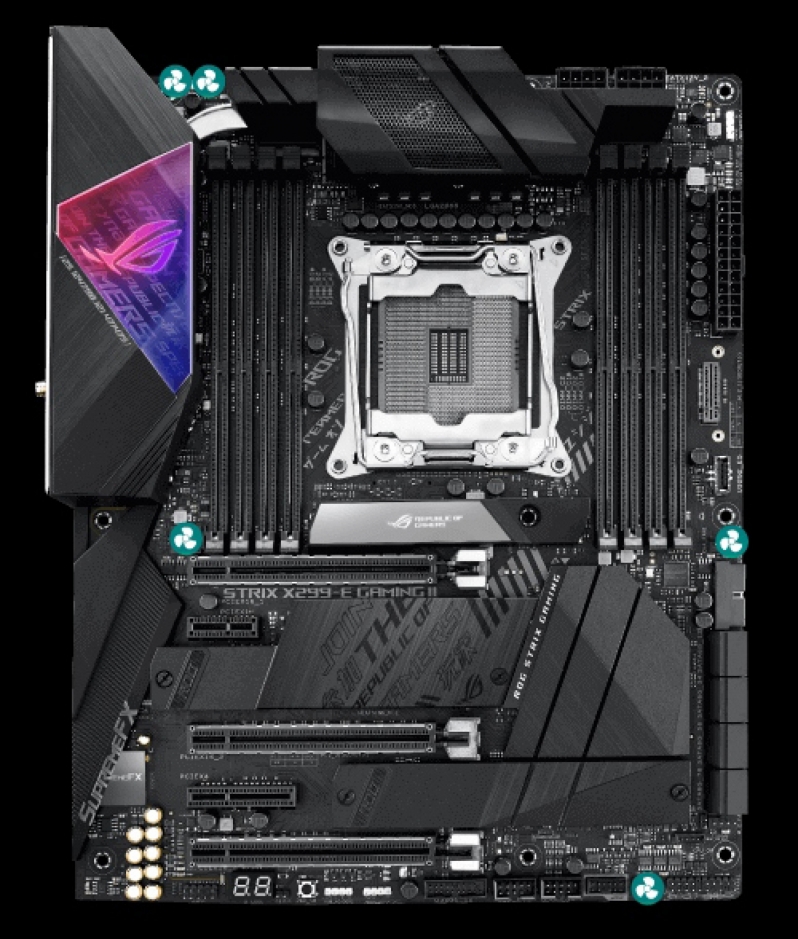