Whilst most of us either run, or plan to run, a high speed M.2 drive as our OS drive, the majority of us still make do with SATA drives for the rest of our system. You have to put those 100GB+ AAA Games somewhere after all. The Strix has eight 6Gb/s SATA ports for just this demand. 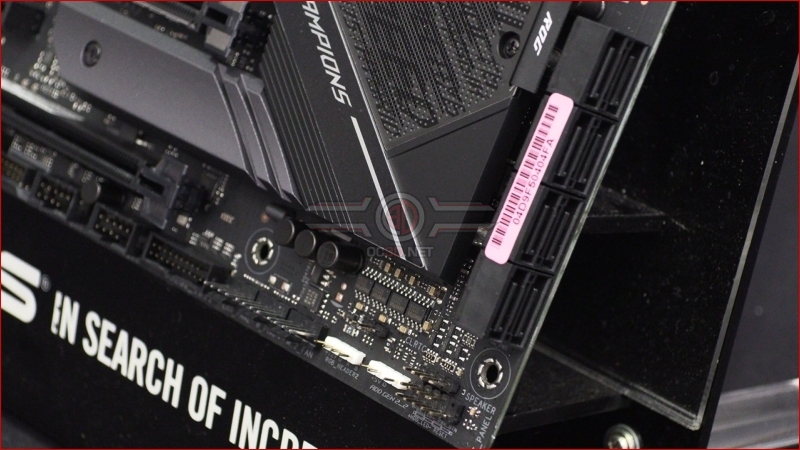 The bottom edge of the Strix has the front panel connectors that give life to your rig by connecting all your case buttons to the heart of your system. Next to that we have the AURA Sync RGB LED Strip connector and addressable header, and then the three headers that support your fans and Water Pump as required. 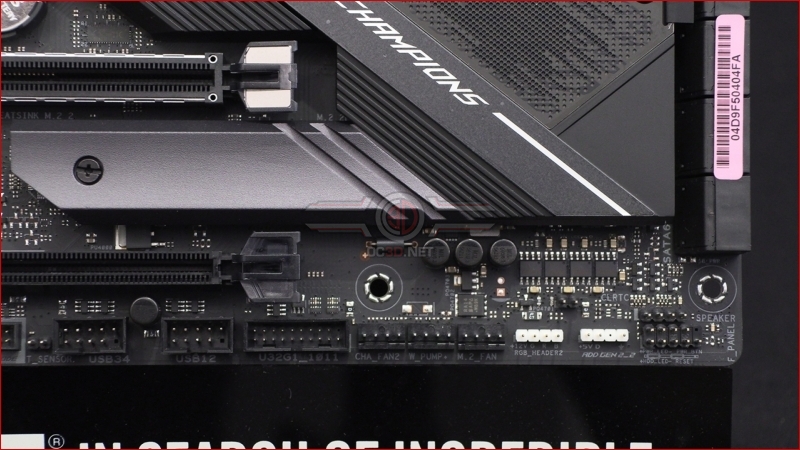 From left to right we have the SupremeFX S1220A onboard audio solution which consists of Dual Op amplifiers matched to impedance sensing both at front and rear, whilst the SNR is 120dB for output and 113dB on the input side. Moving along the bottom edge we have the ASUS NODE header that was introduced in the last generation of motherboards, sitting alongside the internal USB headers. 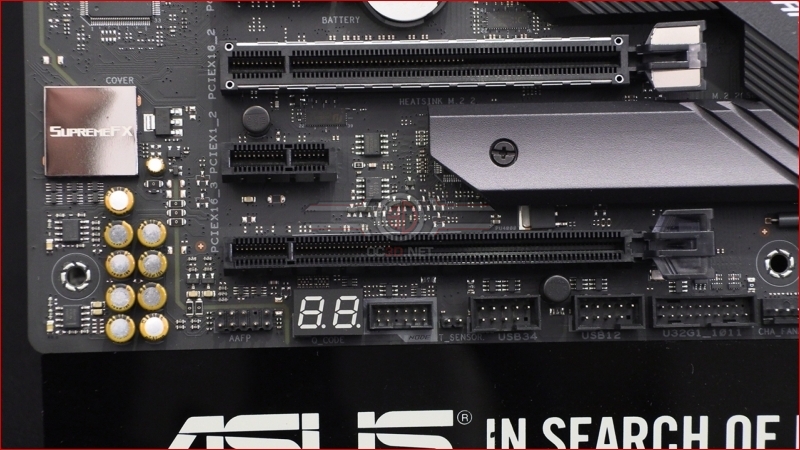 The high bandwidth needs of PCI Express 4.0 are kept cool with a heatsink and fan combination mounted above the chipset. When you double the potential throughput that heat has to go somewhere and getting rid of it before it can limit the new high speed PCI Express 4.0 lets the Strix X570-E work to its fullest. 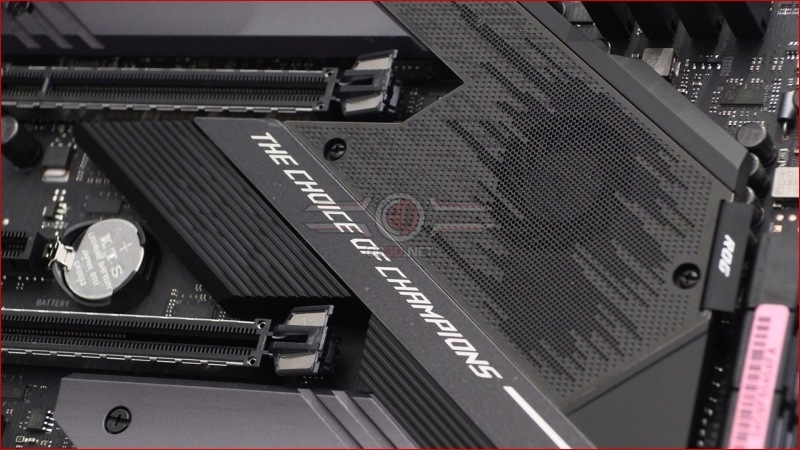 Keeping such a powerful setup cool is the key to unlocking performance, and the power setup on the Strix is everything you could hope to find. The MOSFETs and Chokes are mounted beneath a high quality thermal pad upon which rests the carefully designed heatsink and they are in turn tied together with a 8mm heat pipe to help transfer the heat evenly between each main heatsink for a larger cooling surface area. 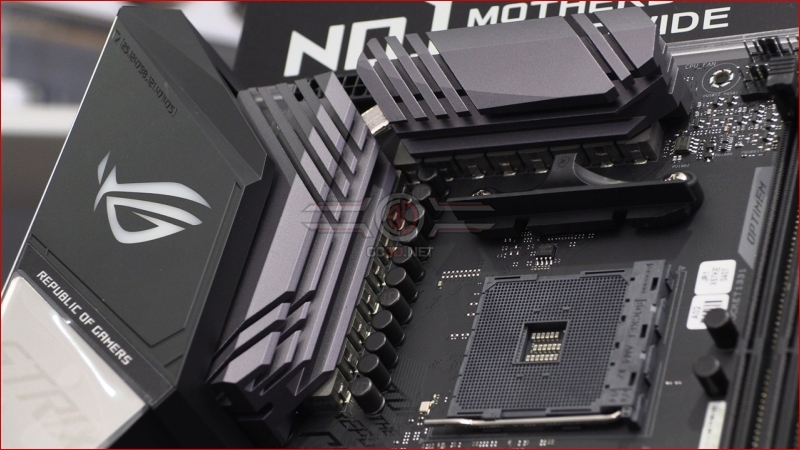 At the top side we have the HDMI and DisplayPort outputs if you want to eschew a graphics card in your system, although we expect most people wont. Blow that are the super speed USB 3.2 Gen2 ports in 7 Type-A and one Type-C. LAN duties are handled by a Gigabit LAN but there is also a 2.5G LAN should you have the high speed hardware and cabling necessary to take advantage of this. These enormous bandwidth networking elements are still largely for the enthusiasts rather than dripping down to the mainstream where most of our devices are limited to Gigabit bandwidth, but hopefully this inclusion with the X570 chipset indicates a glimpse of where we'll be in the very near future. 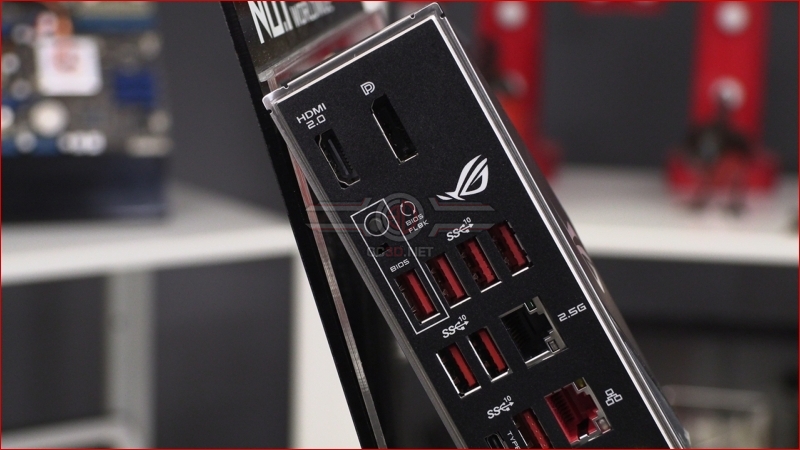 The lower part of the backplate is where we find the Intel Wi-Fi 6, sporting the 802.11ax format which provides massively improved bandwidth to your devices. We do need to give you the same caveat as with the 2.5G LAN port in that you need the network infrastructure that supports this. It won't magically make your home internet faster. 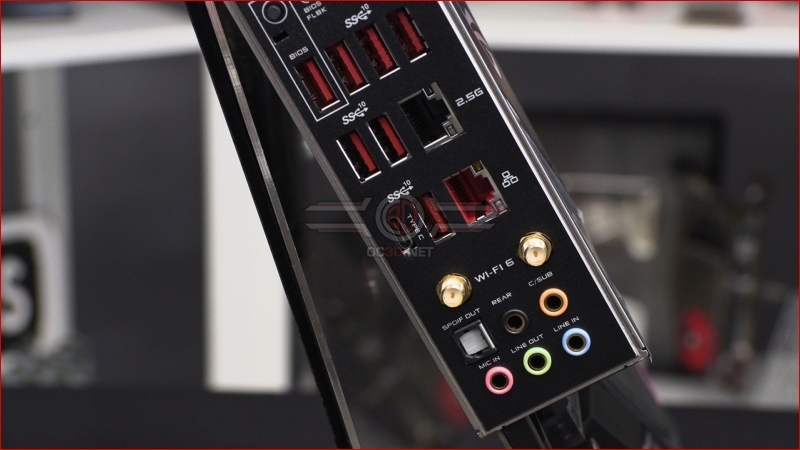