We don't think we're giving away any secrets by suggesting that Intel largely had their bums handed to them on a platter in the last generation. By the time they'd hitched up their petticoats and had a go at this new fangled PCI Express 4.0 thing all the cool kids were raving about it turned out that the cool kids were raving about it on their AMD platform and didn't want the blue version of it thank you very much. Admittedly the Core i5 processors were freaking amazing, but the i7s and i9s, otherwise known as the Processors all the enthusiasts have, were a token effort at best, outperformed by their 10th generation predecessors.

This time Intel have decided that perhaps this is a gravy train they ought to be steering instead of clinging to the back like a cowboy attempting to rescue his damsel, and so the Z690 chipset almost entirely dispenses with the PCI Express 4.0 idea and gets straight on with PCI Express 5.0 and, in case there weren't enough fives going around, DDR5 too. Albeit on some motherboards not others.

One motherboard that does contain a larger bunch of fives than a Glasgow pub at pint spilling time, is the ASUS ROG Strix Z690-E Gaming WiFi. The E would usually denote that this is the Extreme model of Strix rather than the F for Formula, but apparently E is all that we're allowed to say.

Thankfully between our preview and review time ASUS revealed some information about the Strix, although we note that not even their manual includes a block diagram. Most of the Z690 chipsets have similar builds though, so there shouldn't be any big surprises. Let's find out. 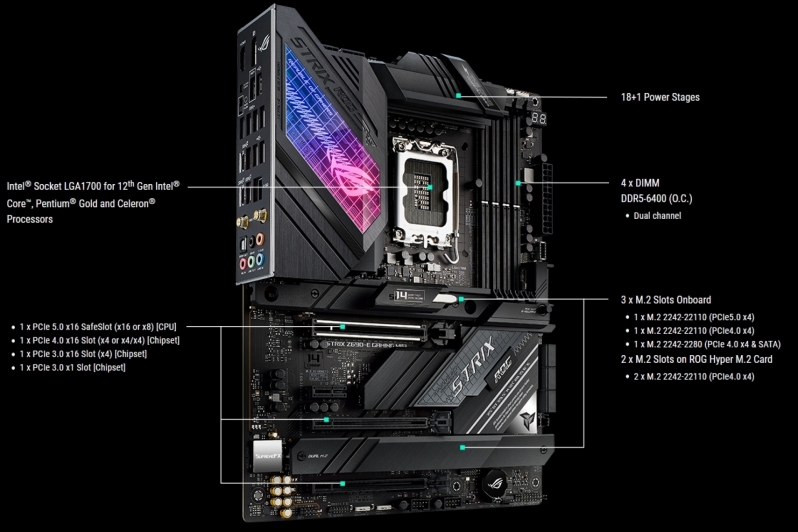 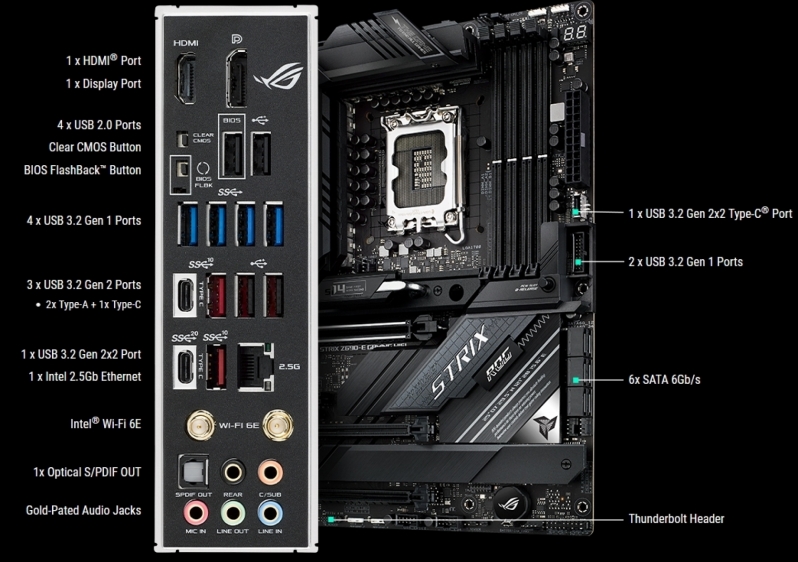