Although the Maximus XI Formula is the model with the built in water blocks it doesn't mean that ASUS designers have left you high and dry when it comes to monitoring your water flow. The Hero has Bitspower meter compatible points that tie into the AI Suite to let you keep a close eye on both temperature and flow of your cooling. 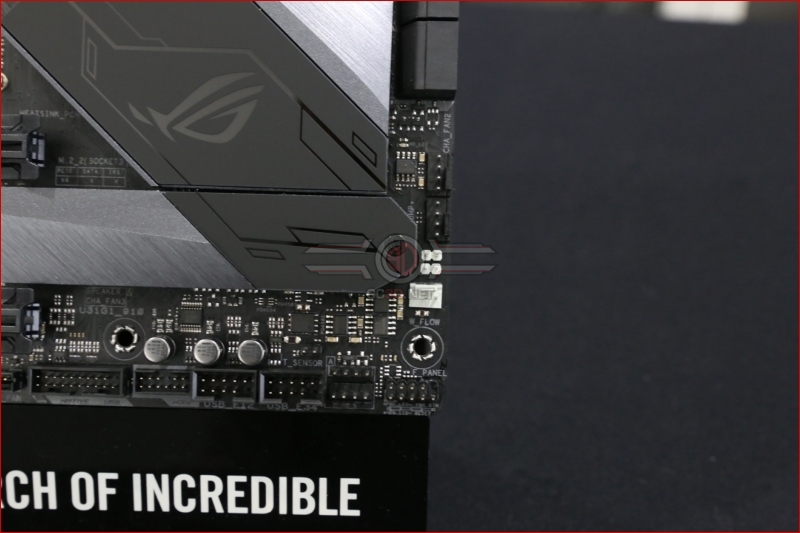 The primary M.2 connector has a heat spreader built in, utilising the dark theme that is a hallmark of the latest range of ROG motherboards from ASUS. You'll also note the CPU label below the 2nd PCI Express slot, showing you from where the lanes are being controlled. At the bottom edge we find the RGB LED Strip header, ASUS addressable header, and always useful MEM OK! II which lets the system boot into safe memory timings. As the Hero supports DDR4 4400 we're sure that this feature will be used a lot as everyone tests the overclocking limits of their memory modules. 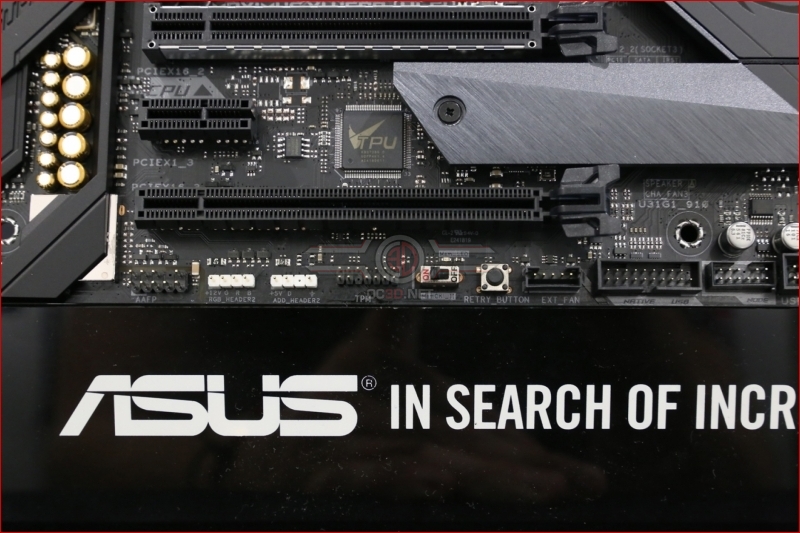 The top M.2 port includes a brushed finish heat spreader, whilst the primary PCI Express slot has a handy CPU identifier printed onto the PCB, should you wish to know what is going on under the hood. Just above the PCI Express slot is an explanation of the functions of the M.2 drive, whilst if you cast your eyes to the right you'll see the SATA ports also have label. Whilst most things on the Hero are native to the Z390 chipset it could prove useful in more complex motherboards where certain ports are run by additional chips instead of being native. 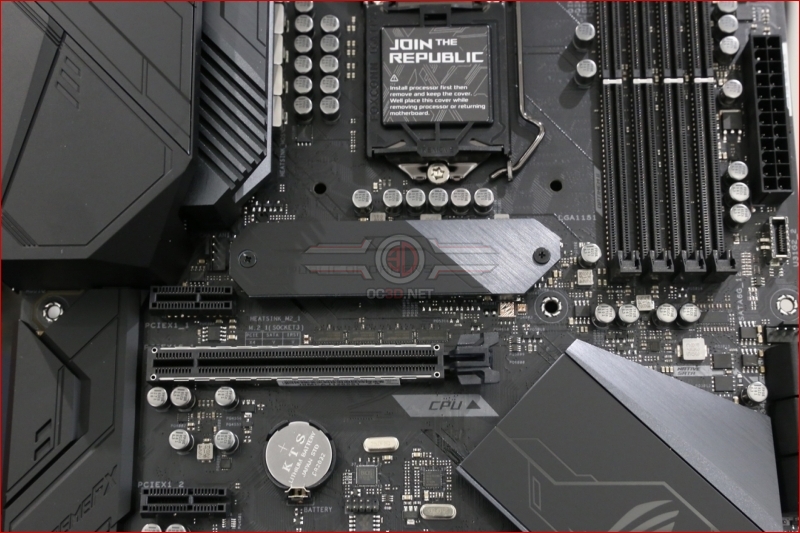 With the 9th Generation of Intel CPUs supporting up to 8 cores it is no surprise that the power demands will be sterner than they were on the Z370 chipset and 8th Gen CPUs, so the Hero has a seriously well designed power section with a lot of heat sink acreage to help disperse any heat generated and provide you with consistent overclocking and performance. 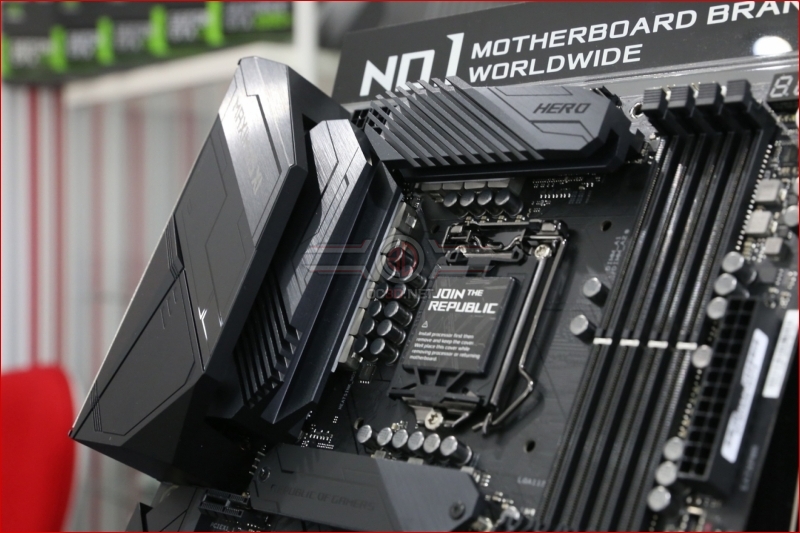 The SupremeFX S1220 is a multi-channel audio solution which comes complete with 120dB SNR line out, 113dB SNR line in, and a headphone amplifier supporting up to 600 Ohm offerings to ensure that everything from simple gaming to streaming or media pleasures are done with the minimum of noise. 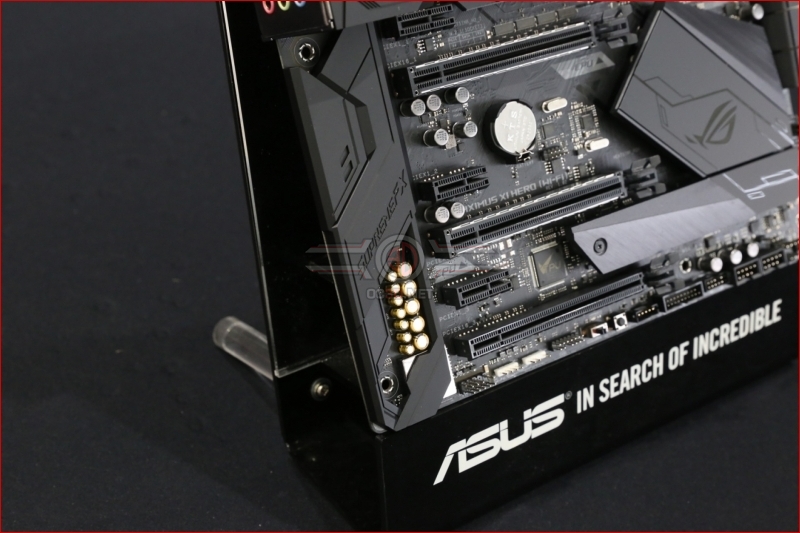 The introduction of chipset supported USB 3.1 Gen 2 and dual AC WiFi has meant that all of the IO sections we've previewed so far are chock full of connection options. The Maximus XI Hero is no exception, with combined PS/2 port, plentiful USB 3.1 of both Type-A and Type-C variants along with display outputs, WiFi antenna connections and the audio jacks for the SupremeFX. 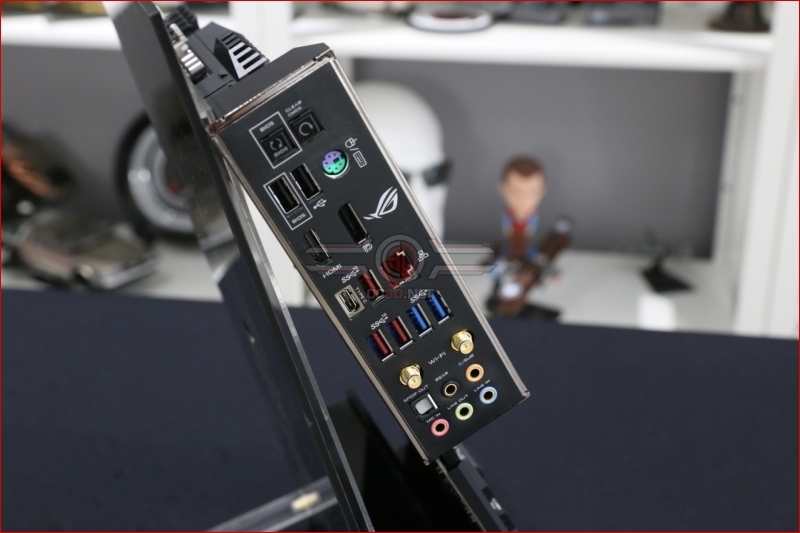 One area we like is the way ASUS have utilised the PCB to better describe which slot is useful for what. So often it can be easy to forget which particular motherboard uses which slots to provide the fastest performance - especially if, like us, you deal with loads of them - but this is a very neat solution and ideal for those of you who consider consulting a manual to be the last vestige of the incompetent. So all the men reading this then. 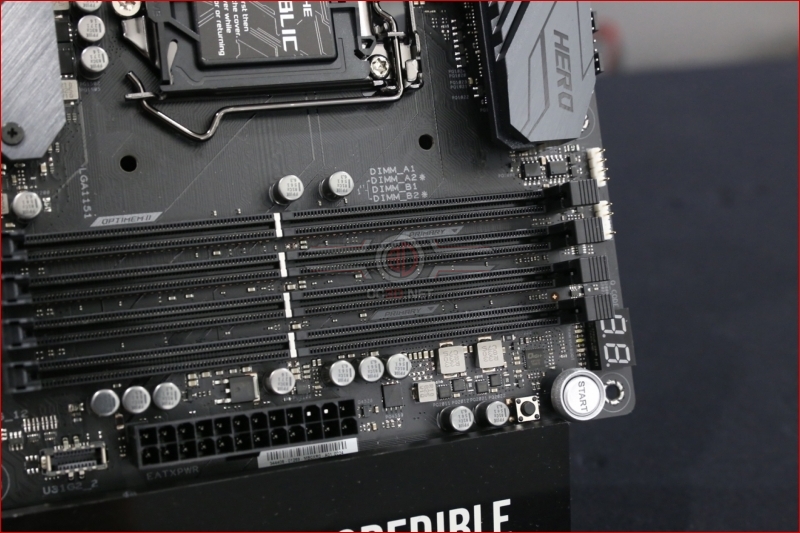 You can see the ASUS Node header to the left of the USB 2.0 front panel connectors, which will work in conjunction with future devices to help either control the fan on your PSU, or output the AI Suite display to a front OLED screen, or any number of things. Think of it as an addition that might prove useful if the market adopts it, rather than a deal maker or breaker. 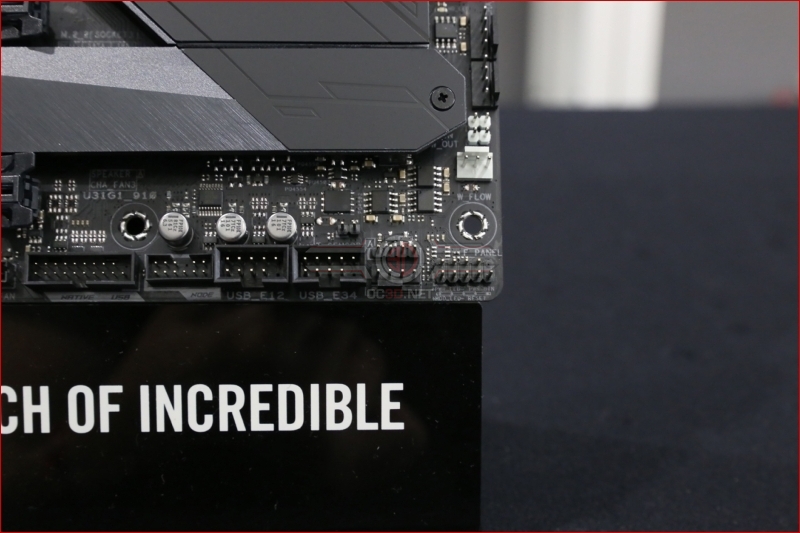 Avet
Amazing looking boards. My only gripe with ASUS is that they don't offer Thunderbolt support on ROG boards. It is Prime-A, and MAXIMUS EXTREME... Wow... Bottom and top board, and nothing in the middle. Maximus IX boards had it. Why remove it?

MSI doesn't offer it at all.
Gigabyte have it, but it is Gigabyte.
ASRock have it on almost all boards, even ITX one, but they have all PCI-E slots connected to CPU, so when you put in Thunderbolt card, GPU runs on 8X.
EVGA... Well they have epic GPUs.
NZXT... No comment.Quote

Jake-From-State-Farm
I'm leaning to the Asus 'Formula'. Have not even been able to pre-order it to this point.Quote
Reply