When we tested the ASUS TUF D4 we discovered that, in general terms, DDR4 might not break the records when it comes to memory bandwidth tests, but the lower latency of DDR4 when compared to its DDR5 replacement actually makes up a lot of that ground in real world tests.

Whilst we're big fans of the TUF, and particularly how ASUS have improved the specification of it compared to early motherboards under that branding, we know that the Strix brand is so strong that for many people it just wasn't an option. ASUS must know this too as the latest model to appear as part of the Strix range is the one we have for review today, the ROG Z690 Strix-A D4. As far as we recall this is the first model A Strix, and the number of white Strix motherboards can be counted on the fingers on one hand.

So if you've been looking at the 12th Generation Intel CPUs with envious eyes but want to keep your DDR4 memory, maybe the ASUS Strix-A might be the best option for a feature rich motherboard that doesn't break the bank. As always that's what we are here to find out, so let's grab your favourite warming beverage and we'll delve in to the details.

The ROG Z690 Strix-A D4 ticks an awful lot of the boxes we have come to expect from the new Alder Lake processors and chipset, with PCI Express 5.0, plenty of M.2 slots, a raft of USB and Thunderbolt options as well as high bandwidth networking. Let's see it in the flesh. 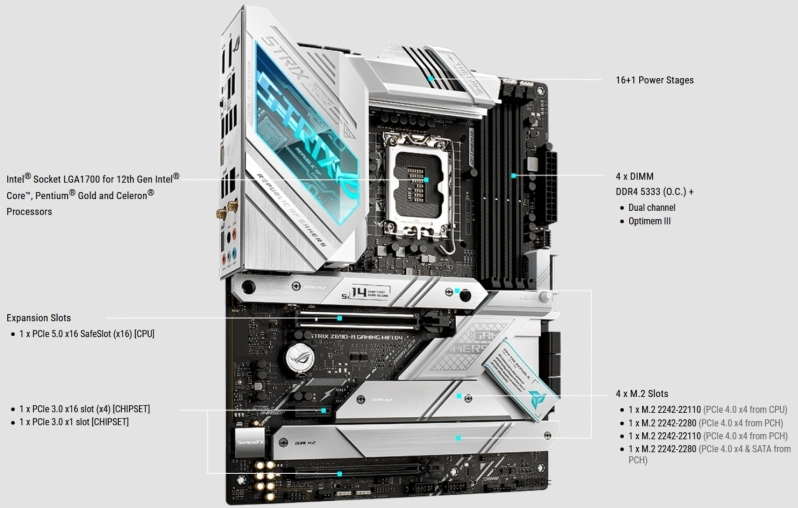 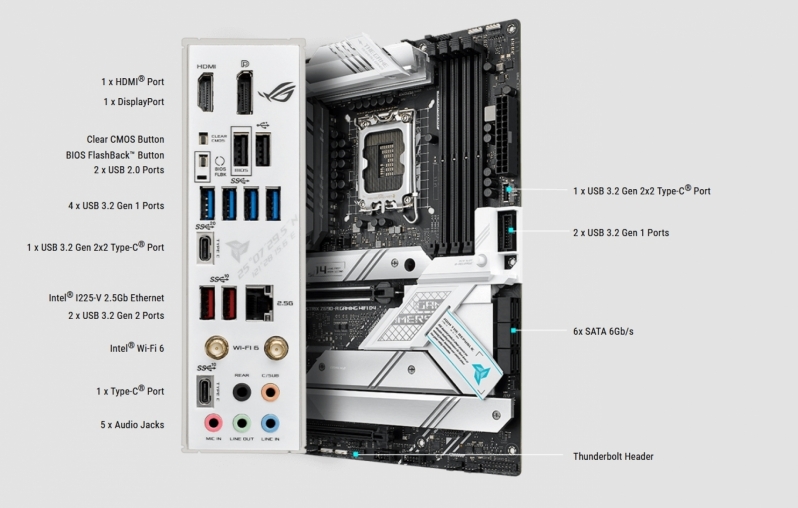