ITX motherboards have come an awfully long way since when they first appeared on the market. Indeed the shift has been so dramatic that their intended use has changed too. Initially they seemed to exist solely to be installed into non-standard cases. Anyone who was around the internet back in the day will remember people having systems build in to their Millenium Falcon, or an old army ammo box, really the possibilities of squeezing a tiny system into a tiny case were almost limitless. What they all had in common though was the case being their primary function. The point was to have a cool case, how the system functioned was very much a secondary consideration.

Then, as the PC moved into the living room they were largely utilised as HTPCs, that is PCs designed to be a DVD player or device to push media to your television, and so power was once more relegated to second on the list.

Now, with gaming a part of daily life a lot of people are using ITX motherboards as the basis for their gaming rig, keeping the form factor small for space reasons, but with overall performance very much bumped up to the top of the list. The downside to ITX systems has always been the footprint of the motherboard and how much it is possible to squeeze on to them. With more and more functions subsumed on the chipset, so it is becoming ever more difficult to suit the needs of the gamers/streamers whilst also keeping the small form factor.

Recently ASUS took to following the ideas of most cities in the world. When the horizontal becomes full, build vertically. This idea has been taken up another level with their latest mode, the Strix Z690-I Gaming WiFi. A motherboard which is definitely reaching for the stars. How does it fare? 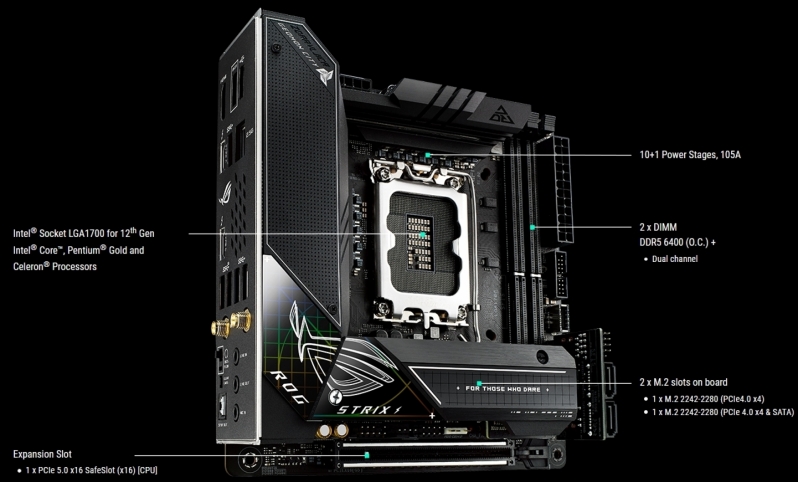 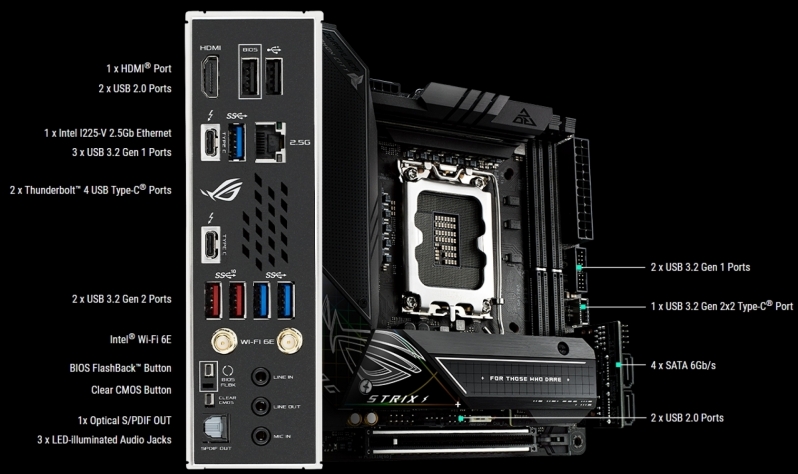 Deadtroopers
This might be the perfect partner for a stack effect ITX case. Shopping listed. Tah Thomas, hope you are well.Quote
Reply