Because of the popularity of their Hero models, and the somewhat delayed release of the next Rampage, it's been a while since we've seen an Extreme ROG motherboard equipped with everything that ASUS has in its armoury. The combination of the very latest AMD chipset, the insane size of the TR4 socket and the plentiful ASUS specific additions mean you end up with a motherboard which looks every inch a monster. Even the logo is reflective to give that extra bling factor. 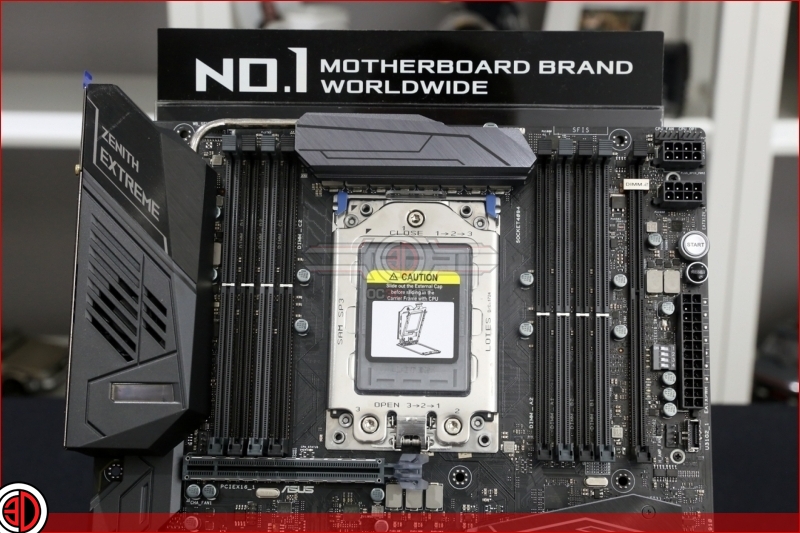 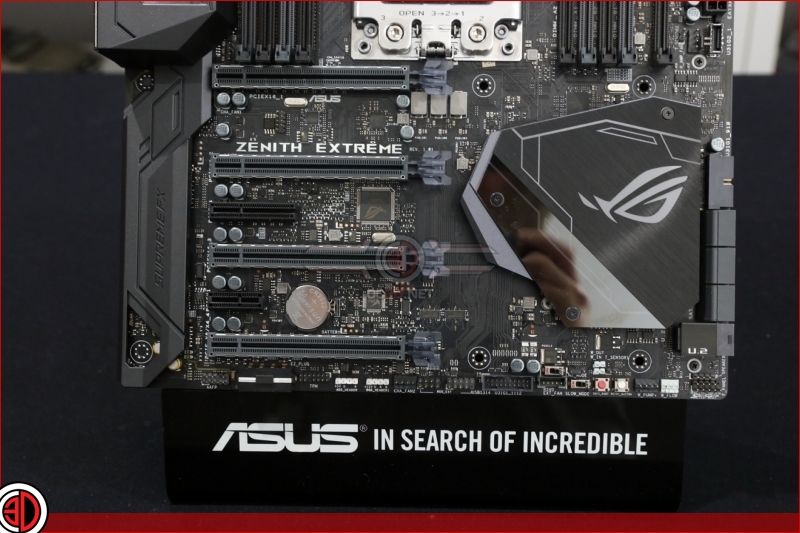 With the heatpipe between the MOSFETs and the IO section there is a serious lack of space for the all-important CPU power inputs, so it makes perfect sense that ASUS have moved them across to the ATX 24 pin side of the Zenith Extreme. Even the water block sensor is positioned such that we are glad we have a tiny-fingered assistant in the office. You can make many claims about the X399 Zenith Extreme, but swathes of empty PCB space most definitely isn't one of them. 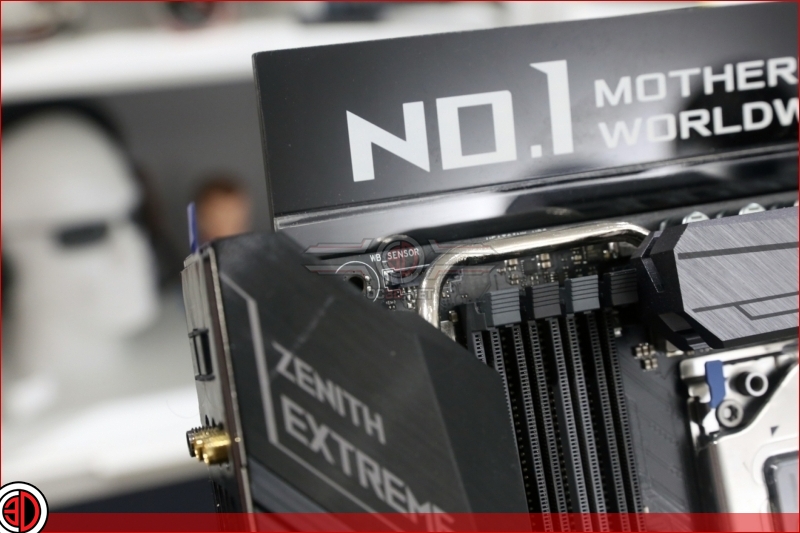 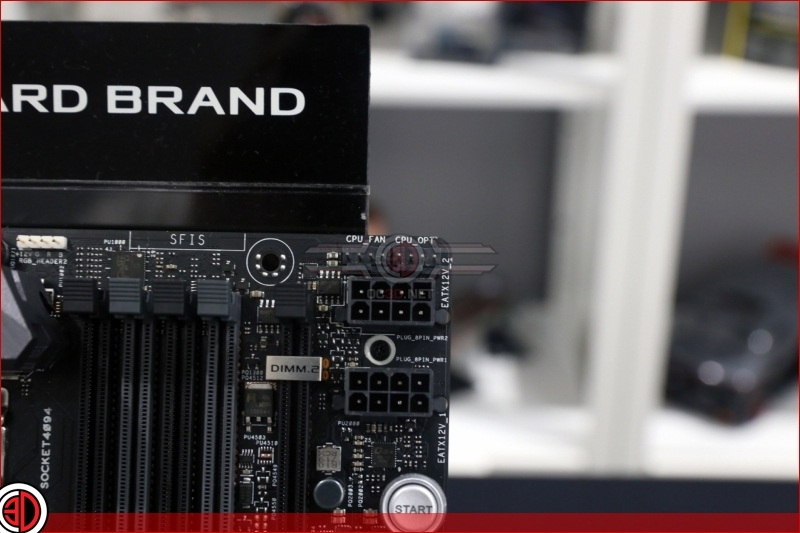 In keeping with the "put it wherever you can find room" aesthetic even the LN2 slow mode and reboot/retry buttons have moved from their normal placing at the top right corner to down by the case control headers. It is a masterpiece of careful component placement. 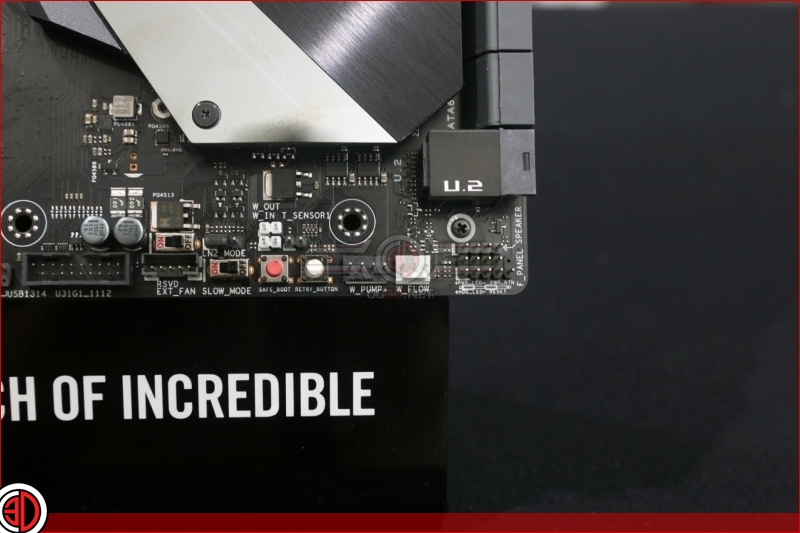 VRM Temperatures is very much at the forefront of everyone's thoughts of late and the Zenith Extreme has gone all out to ensure that everything is kept under control, or at least as under control as it is possible on such a tightly packed PCB. 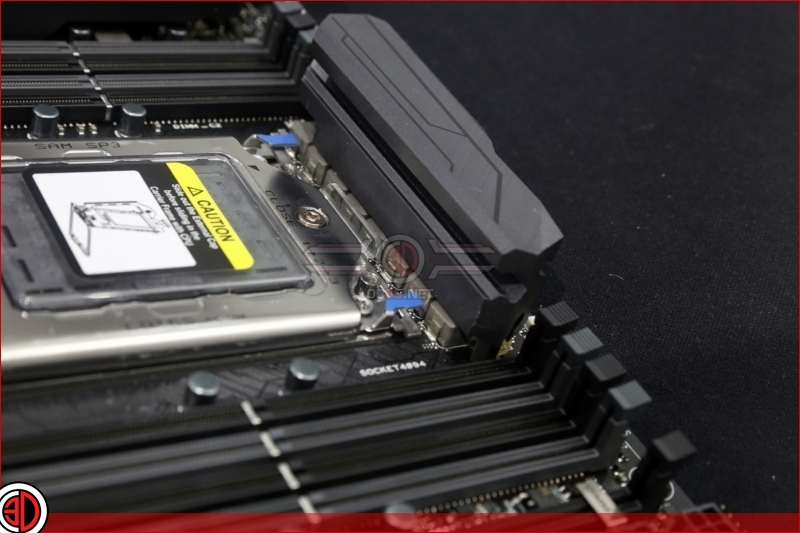 tinytomlogan
Quote:
Its a lot more complicated than that... dont read too much into it yetQuote