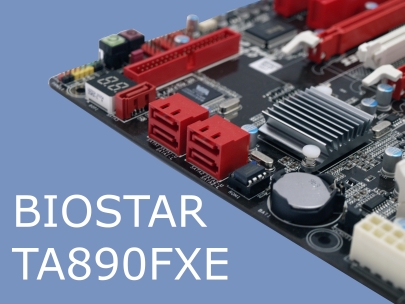 We found overclocking the TA890FXE to be somewhat hit and miss. As always, we started with trying to determine the maximum reference clock frequency (HTT) that the motherboard is willing to accept. My particular AMD Phenom II X6 1090T is not the sharpest tool in the shed and so these results could be considered to be a "worst case scenario" if you will.

Following a fairly uneventful set of clockspeed increments, we hit a hard wall at 270MHz. This means no amount of further refinements could assist the system to boot at this frequency. Eventually we settled with a maximum stable frequency of 265MHz.

Next, we had to determine the maximum attainable CPU frequency. This endeavour had a more favourable outcome where we were able to reach our less than steller 1090T's goal of ~3.90GHz.

In general, overclocking with the TA890FXE was a satisfactory experience. However on the basis of our experiences, those with non black edition processors (particularly the 1055T) will be in for a disappointment, being left nowhere near the 4.00GHz mark.

The board's ability to recover itself from failed overclocks leaves much to be desired as well. While similarly priced alternatives such as the M4A89GTD PRO can recover with ease, we found the TA890FXE hanging with C6/C7 POST errors without even attempting to cycle power or revert to a previous setting. Perhaps I've been spoilt by todays hardware but frankly I recall my DFI LanParty nF4 Ultra-D motherboard from 2005 recovering from sour overclocks better than this.

With an overclocked configuration applied, it's now time to hit the benchmarks. Read on...