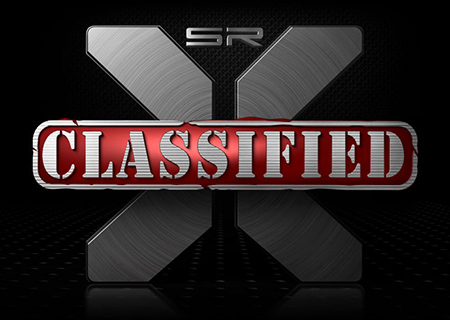 It's unquestionably a giant board, but we can't help noticing a few issues right off the bat. Yes that is a massive heatsink, all ready to be hidden beneath your multi-GPU setup. If, like us, you prefer to clear your BIOS with a battery removal, or maybe you just like to have it nearby, you'll be out of luck with the SR-X. You need to remove the whole heatsink to remove the battery. Great design right there. 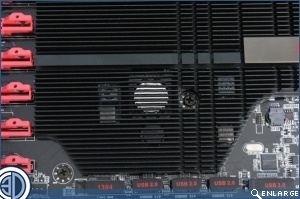 There is a CMOS clear button though, alongside the now standard power and reset switches. The USB and Firewire headers are neatly covered, and we have to say we really like this touch, especially considering how rarely they are all used. 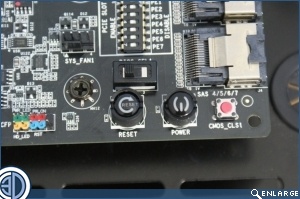 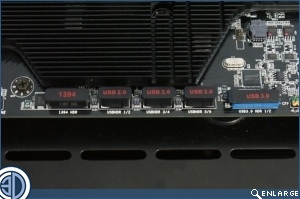 Back to the bad design, here you can see our test HD7970. It's black and red. Now take a look at the slots on the SR-X. It's black and .. pink? Looked at separately from the card you'd think it was a subtle red, but when you see it next to something that's actually red you realise it's not red at all. £580 and they can't make the plastic red. 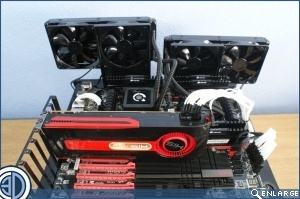 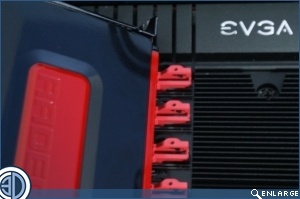 There are plenty of power headers, and unlike many other motherboards you must use them if you wish to run a multi-GPU setup. We have no idea why, especially as so many motherboards make do without any extra power inputs at all. 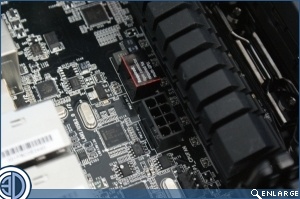 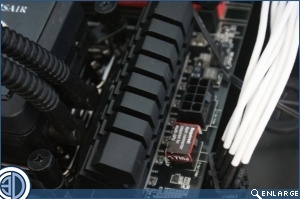 Despite having massive amounts of edge to be able to fill with whatever takes their fancy, EVGA have resorted to the always ugly vertical SATA ports. We don't like these on budget motherboards, let alone ones costing more than a decent LGA1155 setup. Outputs are pretty standard in terms of the options, although it's strange to see the PS2 port in the middle rather than up the end as normal. 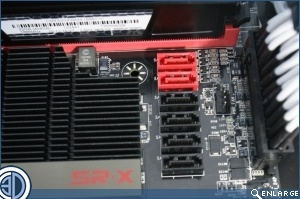 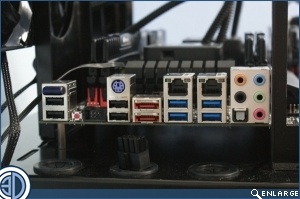 In general some very strange design choices have been made with the SR-X.

Firat
What a let down :/Quote

SieB
Shocking that the Asus board is better than this, especially with EVGA's track record with the SR2.Quote

It will look great with the ugly collection of Nctua fans I have! I can make the UGLY TACKY RIG!Quote

Rastalovich
This smells of not being a finished product. I envisage a re-review in a number of months.Quote

DT-525
I never understand why anybody would buy a board like this. £500 for a mobo you could spend that money on a 7970 or a 680 that what matters when gaming. the graphics cards are a lot more important no need for two CPU's that are going to cost you £3000.Quote
Reply