Whenever it comes to computing the difference between the ethos behind software and hardware is usually pretty stark. Hardware lasts an awfully long time for most people, whilst software is updated on a near daily basis whilst generally having a much shorter shelf life.

One area where both are in harmony is the experience of early adopters when compared to those who are late to the party. Early adopters understand that they will be paying the maximum price for their purchase for the kudos of being one of the first to own it. Equally, whilst modern hardware is significantly more reliable than the hardware of old there are lots of areas that require revisions on even the heavy-hitting brands. Software is much the same with launch titles being pricey and usually full of bugs. Getting on a particular metaphorical train always comes at a price and usability cost, but on the flip side you get the benefits of being the first to get there and all the adulation and jealousy that comes along with it. On the flip side those who wait until later on in the lifespan of a particular item get a much cheaper entry point and usually one that has had the majority of the issues ironed out. Whilst you might not get the big dopamine high from being there on day one, you've paid less and ended up with a more well-rounded user experience. Where you fall on the sliding scale between those extremes largely comes down to budget.

What has all that to do with the EVGA Z390 Dark?

Primarily it wont shock you to discover that the Z390 range has been around for a while now. It was an update of the already existing Z370 and refined a lot of the lessons learnt from that, but like many new chipsets the manufacturers released a set of products on day one and then instantly moved on to the next thing on the agenda. EVGA have taken a different approach with the Dark, looking at the lessons they've learnt from their experience with the X299 Dark motherboard and dispensing with the "stuff it full of RGB" approach favoured by most other manufacturers. Instead they have gone all in with producing a motherboard where all the rough edges have been smoothed off and the focus is solely upon bringing the highest possible performance to your desktop. 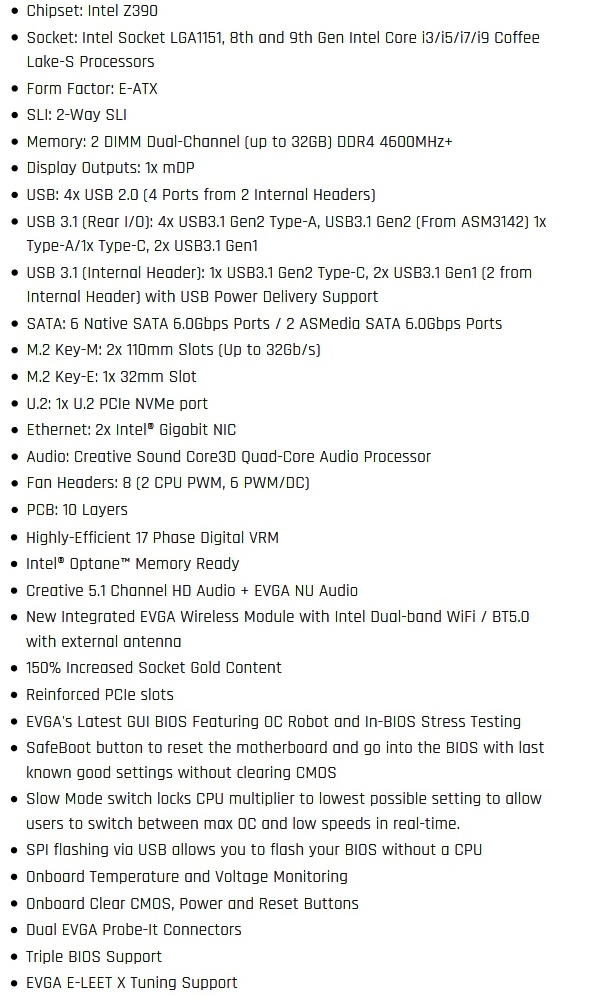