The packaging is minimalist in the extreme, with not even a glimpse of the product but instead all the focus is on the chrome lettering of the model and brand, with only the contractually obliged logos in the corners. We like it a lot. It's a no-fuss approach that lends an air of quality before you've even opened the box. 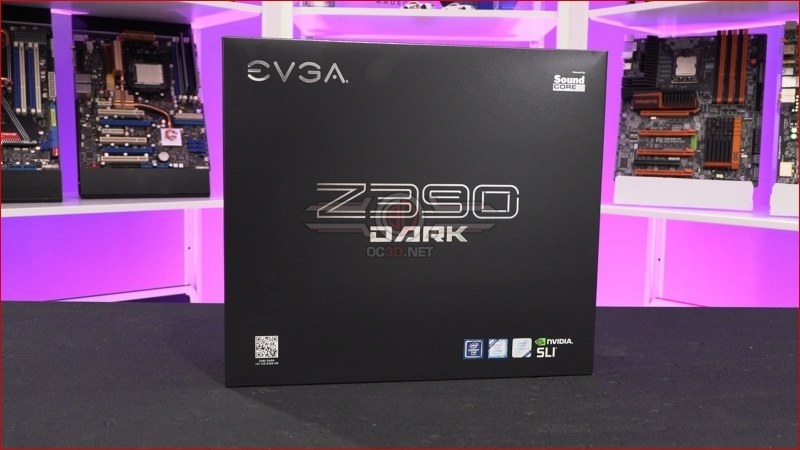 You could be forgiven for thinking we've accidentally put the motherboard the wrong way around in this picture, but it gives you the clearest indication of how focussed the Dark is on being a totally different take on the popular Z390 format. This isn't a motherboard that has a tiny amount of things changed under the guise of pretending it's a high end option, but instead is like nothing else on the market. Sideways CPU mounts and horizontal DIMM slots are only the tip of the iceberg. 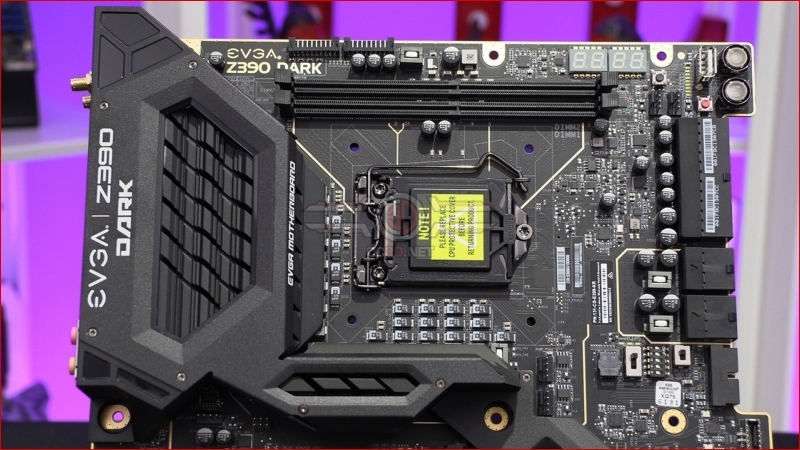 Even the bottom end of the Z390 Dark isn't a standard look. Rather than have a M.2 slot between the PCI Express 1 and 2 slots, with another somewhere behind the SATA ports, the Dark has both next to each other. This also gives you the additional boost of providing lots of airflow if you're running a single GPU. Perfect for world record attempts. 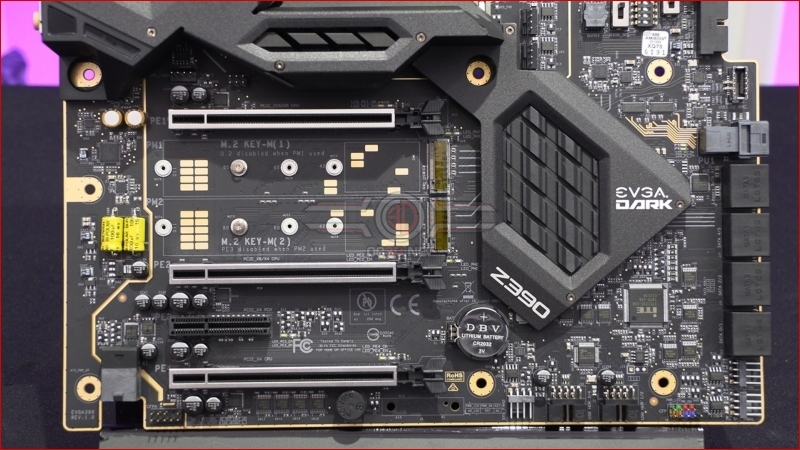 The top right corner looks like little else we've seen. As well as the thickness of the 10 layer PCB making itself felt there are two 7 segment displays and onboard power and reset buttons for your overclocking efforts. Those efforts are bound to come with some limit pushing issues and so the BIOS has a safe boot button (the black one) which returns you to the BIOS without losing your settings in the way a CMOS reset would. If you need to flash the latest BIOS then the onboard BIOS flash connector not only lets you plug a stick in as you might do on any other motherboard, but also lets you update without a CPU installed. That's witchcraft. 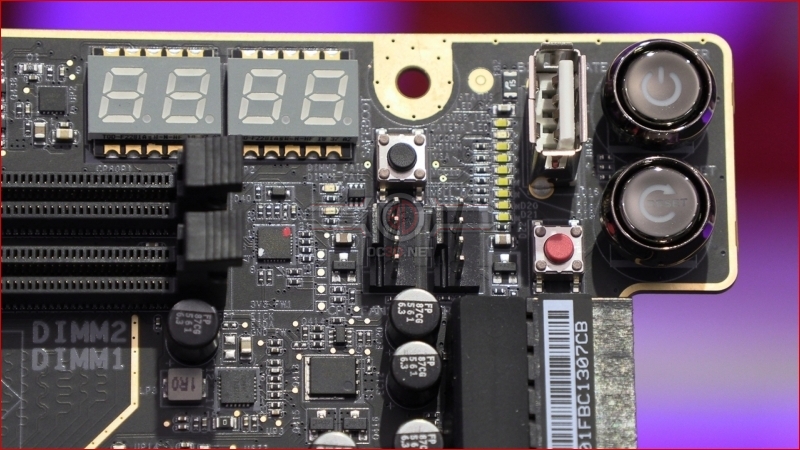 If you've ever built you own PC you'll appreciate how annoying it is attempting to hide away the fat, inflexible 24-pin ATX cable. The Dark has a cutaway and a horizontally mounted port which solves all those issues so easily that we hope everyone utilises it in the future. However, that isn't unique to this particular board - although rare - but what is unique to the Z390 Dark is the movement of the 8pin 12v CPU connectors around to the ATX 24 pin edge. We can't begin to tell you how often we've lost skin off our knuckles trying to connect the CPU power cable to the motherboard, but perhaps even more beneficially it seems that every power supply builder treats cable length as the number one area they can save money and provide you with exactly enough length to get the connector into the port and not a millimetre more. At least with EVGA moving it around to the side you no longer have stress placed through both the onboard connector and cable itself. Hooray for sensible thinking. 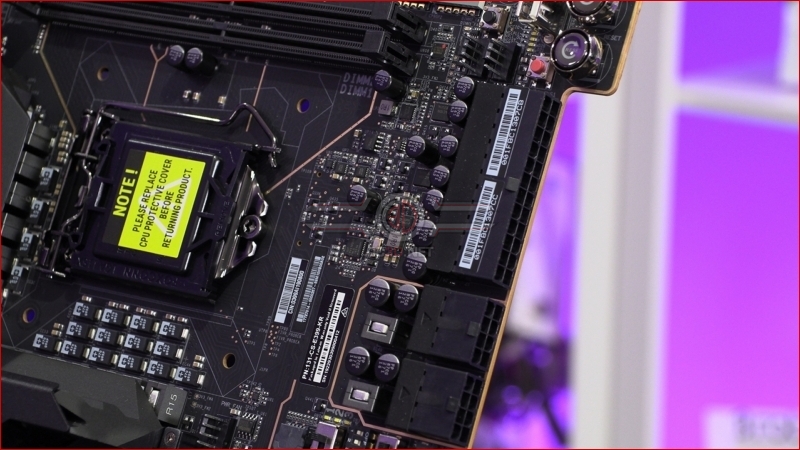 Having one BIOS is normal, many motherboards are equipped with two, but the EVGA Z390 Dark has three BIOS available to you. No longer do you have to choose between balls-to-the-wall overclocking and mediocre performance. Instead you can now have a rock solid setup for low power running, one for 24/7 usage, and still have one setup for those limit-pushing overclocks. In the middle we have the DIP selector that allows you to turn PCI Express slots off without having to disassemble your setup during troubleshooting, and next to that is the slow mode which sets your CPU to the minimum multiplier instantly, should the need arise. 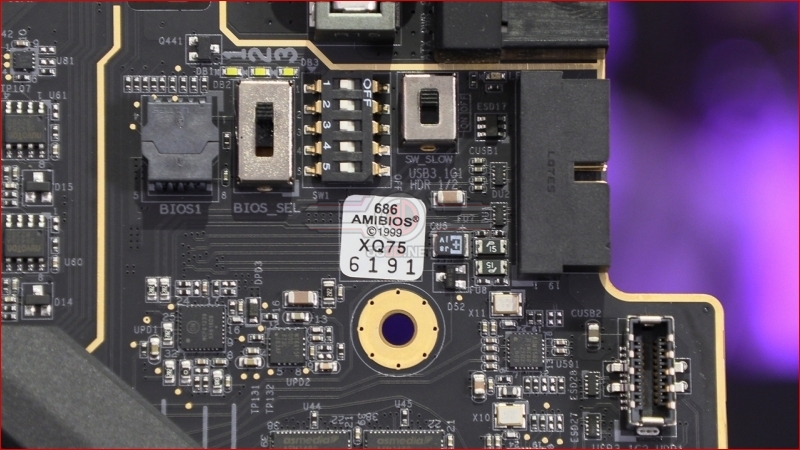 The front panel connectors are clearly colour coded, whilst like all the other headers on the EVGA Z390 Dark the fan header and USB port connectors are horizontal for easy cable management and enhanced case airflow. 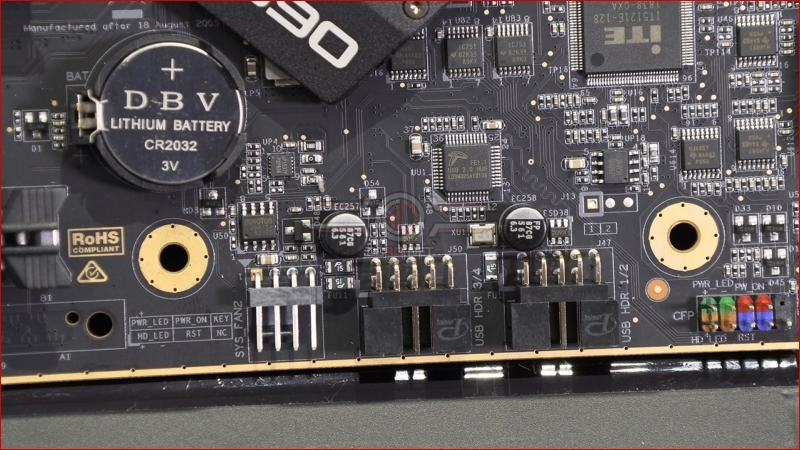