In addition to the Creative Core3D audio EVGA have their own NU audio for the front panel jacks, with the addition of Bennic Bi-Polar capacitors. Anyone who has dipped their toe into the world of high-end HiFi will know the reputation that Bennic capacitors have, so to find them here is a significant eye-opener. The sound card is dead, long live onboard audio. 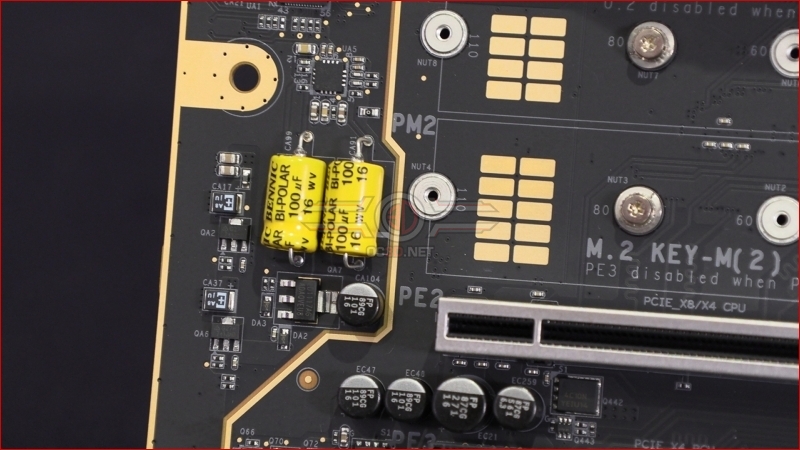 Although we mentioned the side-by-side configuration of the M.2 sockets on the previous page, it's such a change from the usual things we see that we can't help showing you again. It also gives us an excuse to look at the reinforced PCI Express slots and the incredible attention to detail placed around each motherboard screw hole. The EVGA Z390 Dark definitely eschews the "glued some tin foil to the motherboard" look more normally associated with the screw hole grounding. 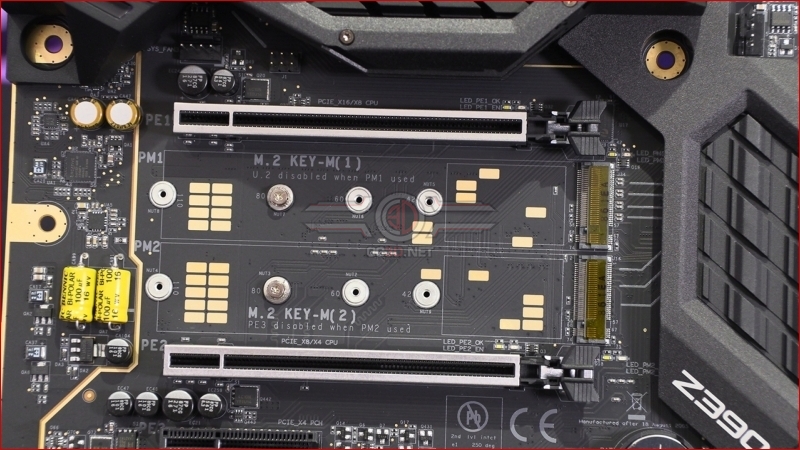 All these overclocking and design efforts would be meaningless if the power delivery wasn't up to snuff, but fortunately EVGA have gone all in with a 17 phase Digital VRM setup (12 VCore, 1 VSA, 1 VCCIO, 1 Phase Memory PWM, 2 VGT) to ensure that your voltages are clean and stable letting you overclock the bejeezus out of anything from a dual core up to the latest i9. 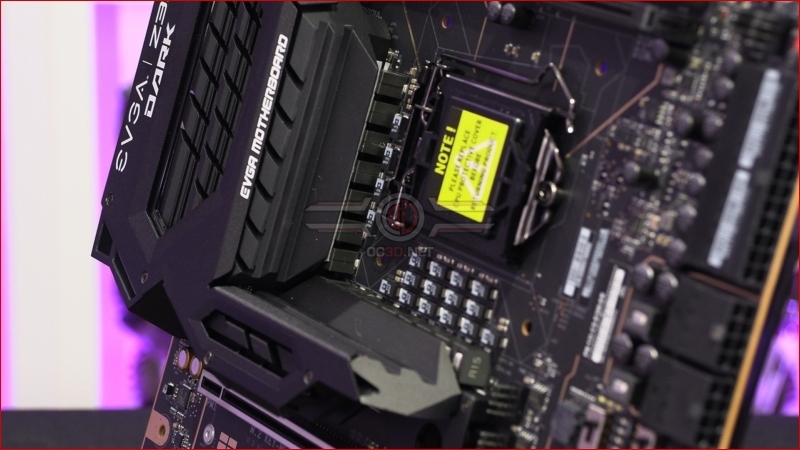 So many of the new motherboards have focussed upon bringing RGB light shows to the party that we like the simplicity of the EVGA look. We know that when so much of the motherboard has been redesigned that simplicity is the wrong word, but the end result looks simple because it's so clean and well laid out. There is beauty in simplicity, and with the Z390 Dark there is power in that simplicity too. 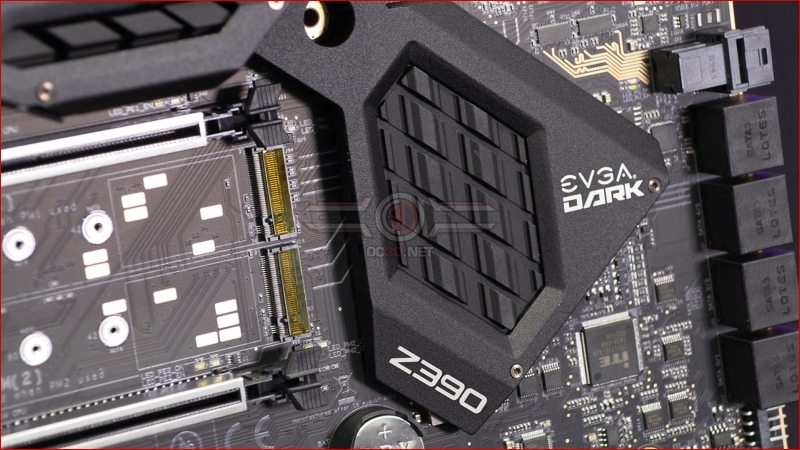 Around the back we have all the usual elements one would expect to find on the Intel Z390 chipset, from multiple USB connectors in every format from 3.0 to 3.1, Type-A to Type-C, but there is also dual Gigabit LAN ports, WiFi and even a PS/2 port if you're planning on overclocking the nipples off the EVGA Dark. 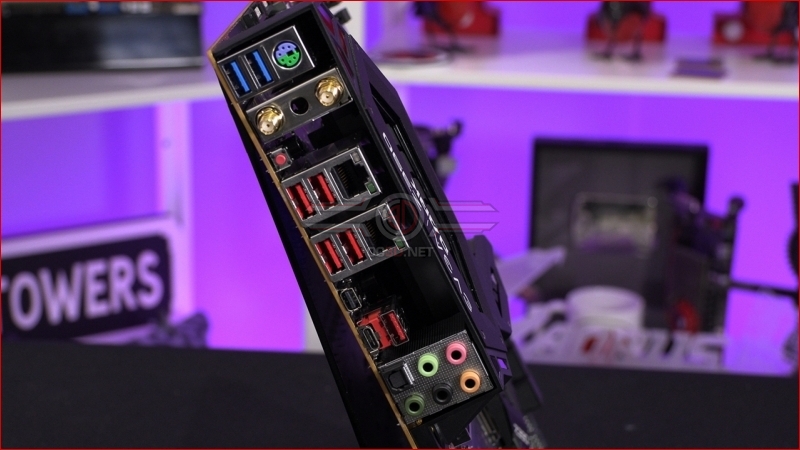 Finally the Dark is supplied with a visual assembly guide that, as you can see from the bottom photo, doubles as a bench table if you wish it to. Otherwise it's just a handy reference tool, but something we'd like to see included with all high-end motherboards. It's certainly a lot simpler than thumbing through a (usually poorly) written manual. 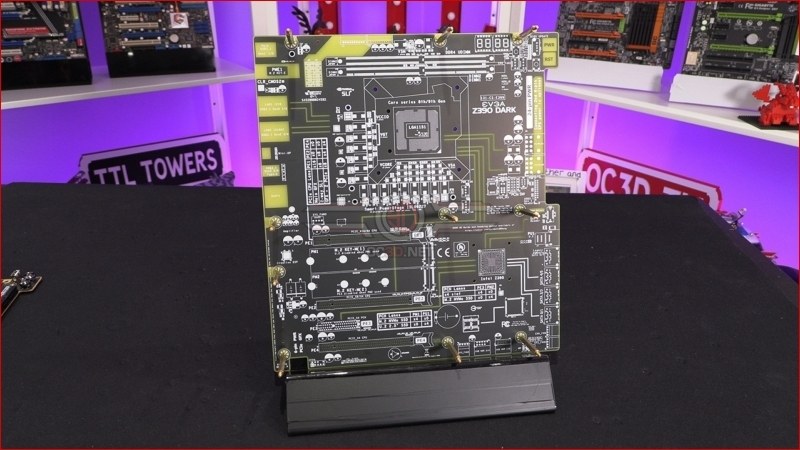 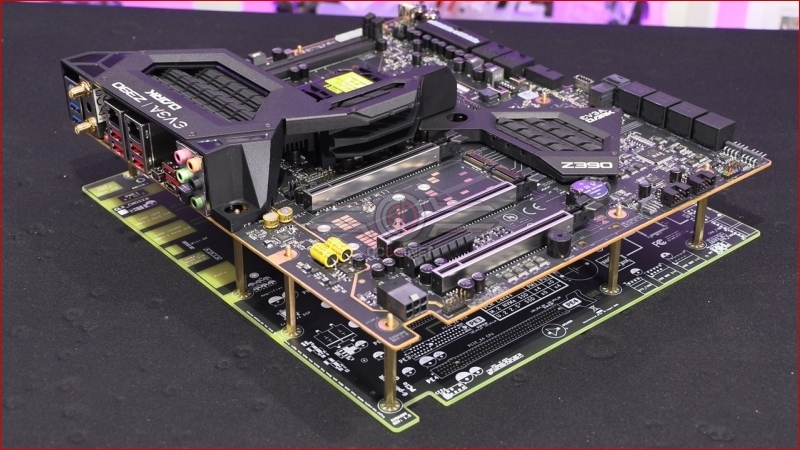