Similarly to the Gigabyte B550 Aorus Master we've also looked at today the Aorus Pro has the now very recognisable Aorus packaging. If you're a long-time reader you'll know how much I appreciate orange, and it's nice in these monochrome days that Gigabyte have stuck with the colour we first saw on their UP7 range back in the day. 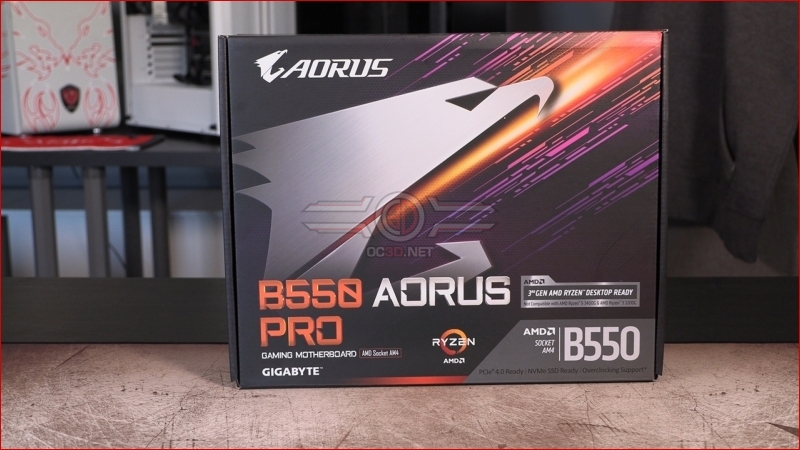 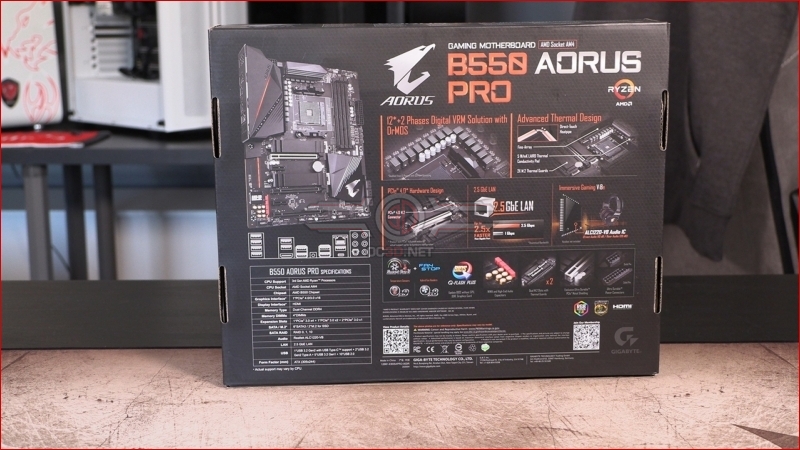 Although the accessories aren't as plentiful as they were on the Master, you still get enough to be up and running. Driver CD, manual, RGB LED extension cable, SATA cables and the WiFi antenna. Heck you even get two Aorus branded velcro cable ties. A lot easier to use than the regular "fetch my wire cutters" ones we're used to. 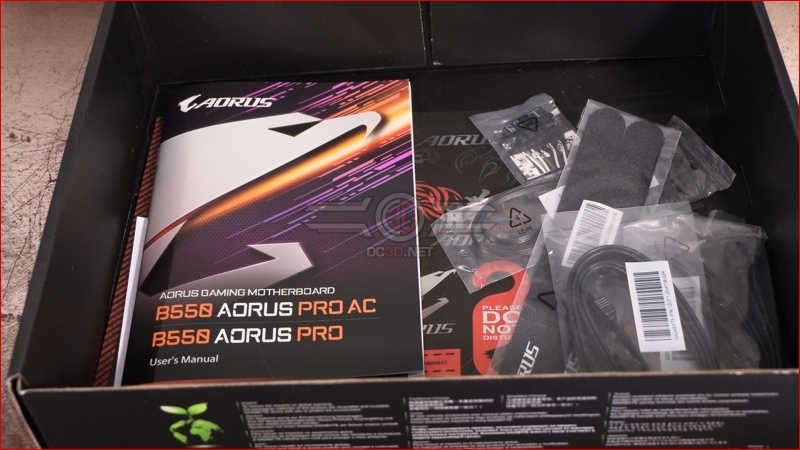 If the Aorus Master was an X570 looking motherboard only given away by the B550 stamped next to the AM4 socket, then the Aorus Pro is a little more obviously an affordable option. It's still a good looker, but things like the smaller north heatsink and slightly less curvaceous IO/Heatsink combination show that this is little bit below its bigger brother. Still a good looker and long way ahead of the B-series PCBs of yore. 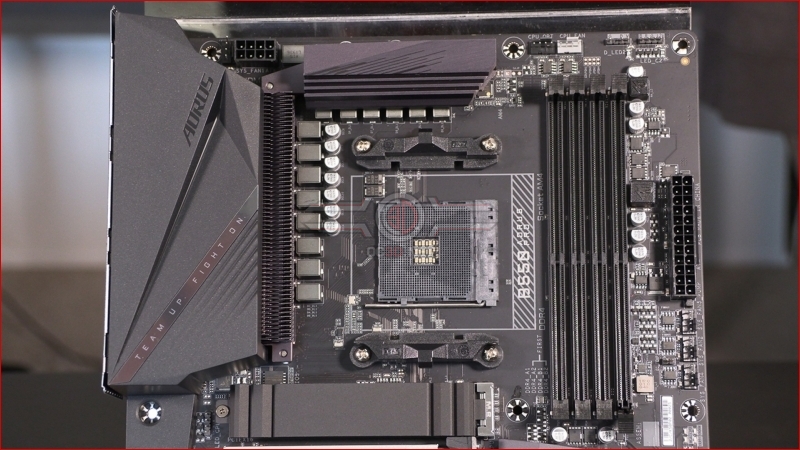 Whilst the Master had three M.2 slots the Pro makes do with two, which should be more than enough for all but the most well heeled user. For those of us who run a single GPU, M.2 OS drive, and SSDs for the rest of it you'll not find the Aorus Pro wanting, and most of all you'll not use up all those valuable PCI Express 4.0 lanes. 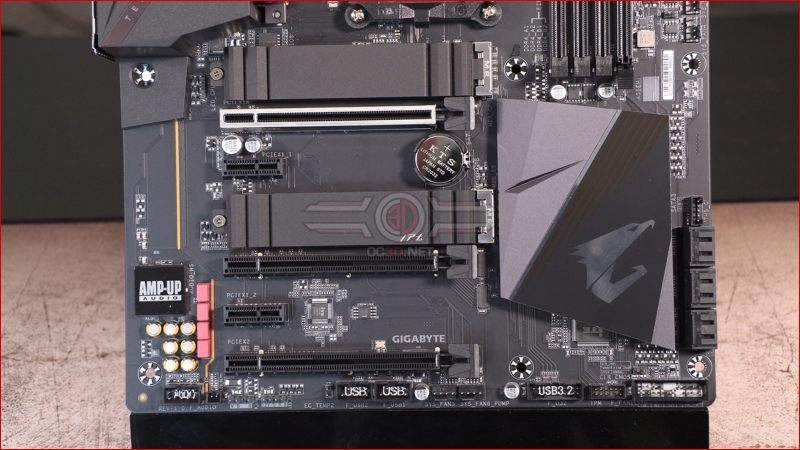 Starting as ever at the top left and working clockwise we begin with a single 8pin 12V CPU power input next to a system fan header for those of you with fingers that could double up as needle-nose pliers. 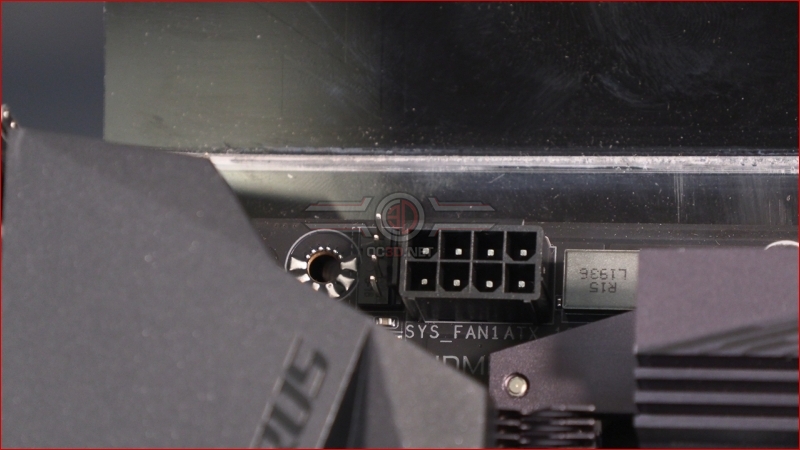 Moving around there are the two fan headers that are such a feature of modern setups with our 120mm AIOs dominating the cooling world. Alongside them is an addressable and regular RGB LED strip headers to help you show of your hue of preference. 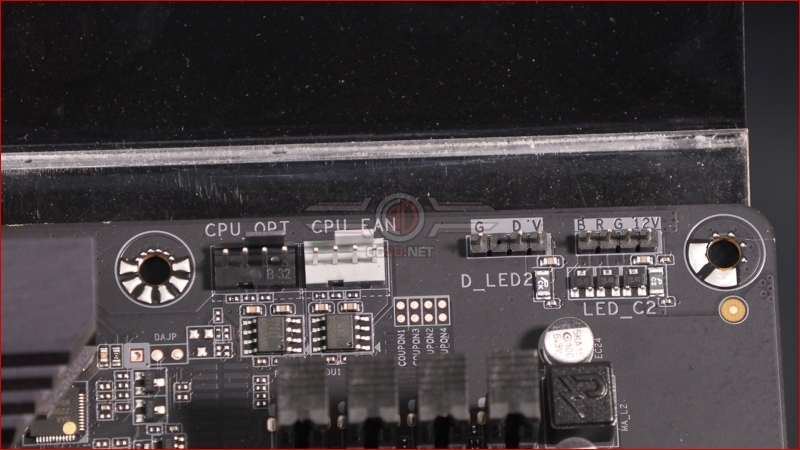