How have AMD made B550 cheaper than the X570 then? In short there are no PCI Express 4.0 lanes available on the chipset compared to up to 16 available on X570. Dont get confused though, you still have the PCIe 4.0 lanes on the CPU, but where the chipset only has PCIe 3.0 lanes to offer this means we have to watch out for where the M.2 slots on the board are wired to.

The Aorus Pro is relatively easy, in that the top one is PCI Express 4.0 because it's wired into the CPU directly, whilst the lower is the more familiar PCI Express 3.0 because it is wired into the chipset. It is worth noting though that if you look in the block diagram the lower slot does share the bandwidth via a switch with the lowest PCIe x16 slot (this is only wired as a 4X though). The use of a switch makes life easier as it means it shares bandwidth rather than you having to choose which one you want to use. 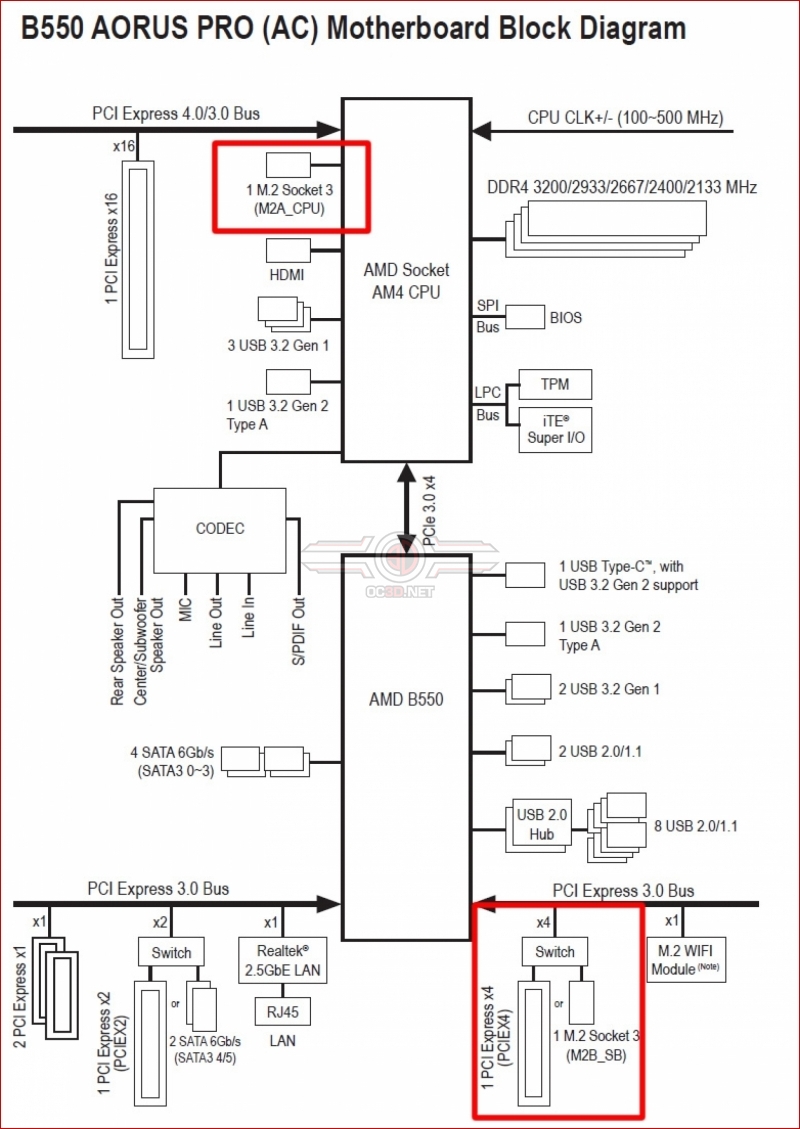 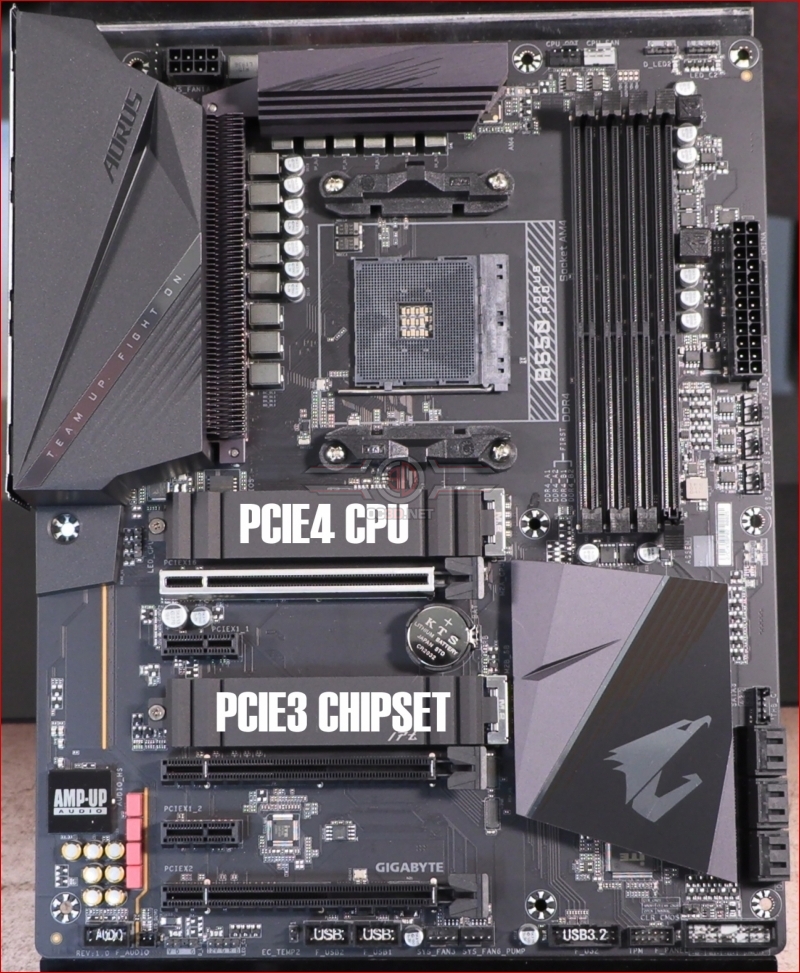 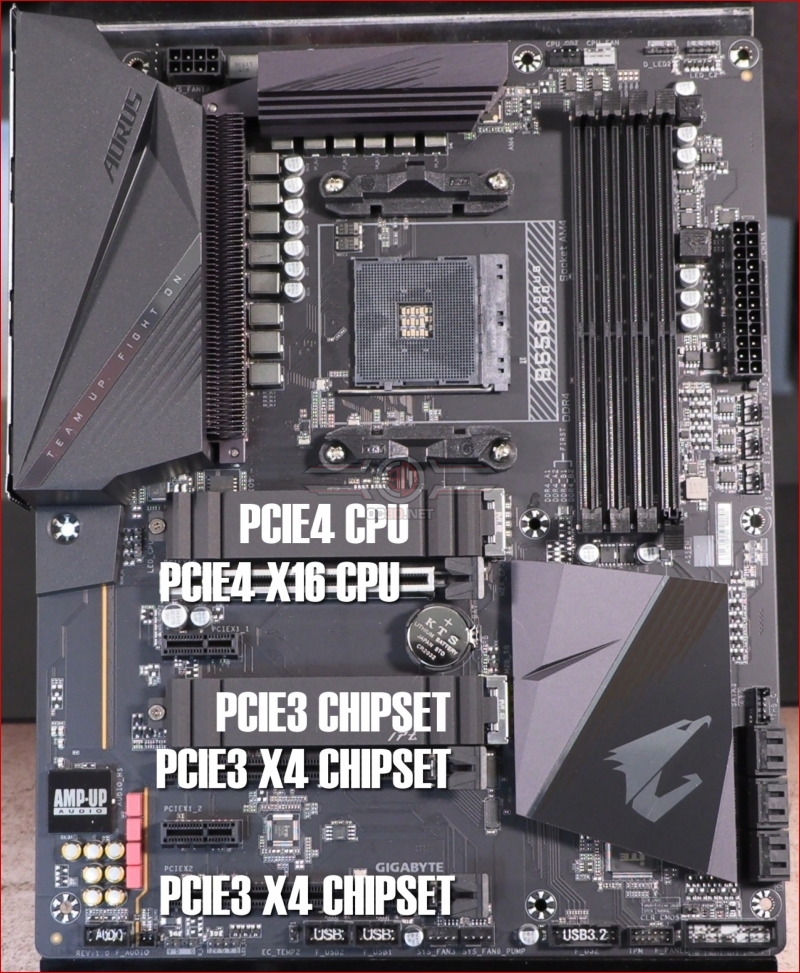