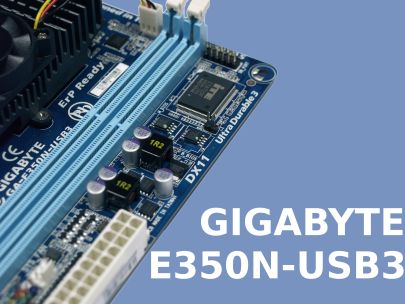 Watching Flash based High Definition video is often more tasking on a system than you'd be led to believe. Without Flash Player 10.1 which enables GPU acceleration, many systems would have otherwise ground to a halt. Let's see how our test setup performs here.

As has been mentioned previously, the new HD 6310 seems to perform admirably well with 1080p Flash playback. Unfortunately it does seem to be a few notches behind nVidia's ION; hopefully later drivers will further optimise performance.

Microsoft's HD Suite contains a variety of 720p and 1080p video clips. We selected one 1080p Video Clip and gauged performance on the basis of CPU utilisation and fluidity.

A similar story with Microsoft's HD testing suite. The video playback was certainly fluid and indistinguishable from a high end system. From a high definition playback perspective, the E350N-USB3 would have little trouble for basic HTPC duty.

The GPGPU test leverages CUDA and OpenCL to determine the ability of today's stream processor based GPUs for general purpose computing.

Although this is a synthetic benchmark, it does show very promising results. Whether you wish to consider this as a fair test of the HD 6310's capabilities is another question.

Unsurprisingly both motherboards are on par with each other.

Impressive work all in all, showing the Atom + ION platform trailing by a fair margin.