As you saw on our first page there are plenty of hybrid fan headers on the Aorus Master, and they are all well placed too. We'll show you them up close throughout this page, but for now you have the two main ones everyone will use for their AIO, alongside the revised RGB Fusion 2.0 which now comes with addressable headers. Below that we find the onboard power and reset switches next to the famous Gigabyte dual-BIOS selection switches. 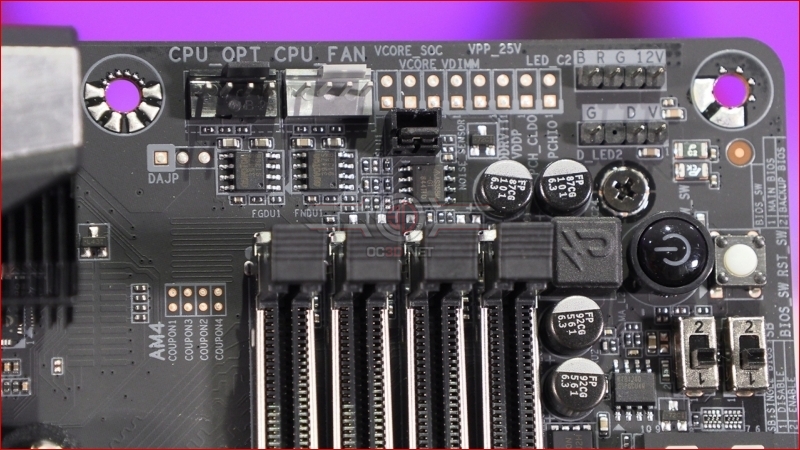 AIOs have greatly changed the internal configuration of our systems, but almost equally powerful has been the adjustments made by the move from mechanical hard drives to SSDs. Being so small most cases now don't have the massive rack at the front into which you slide your huge HDDs and Optical drives, but instead use the front of the case for cooling. To this end the Aorus Master has three system fan hybrid headers on the leading edge of the PCB, perfect for bringing lots of cooling air into your system. 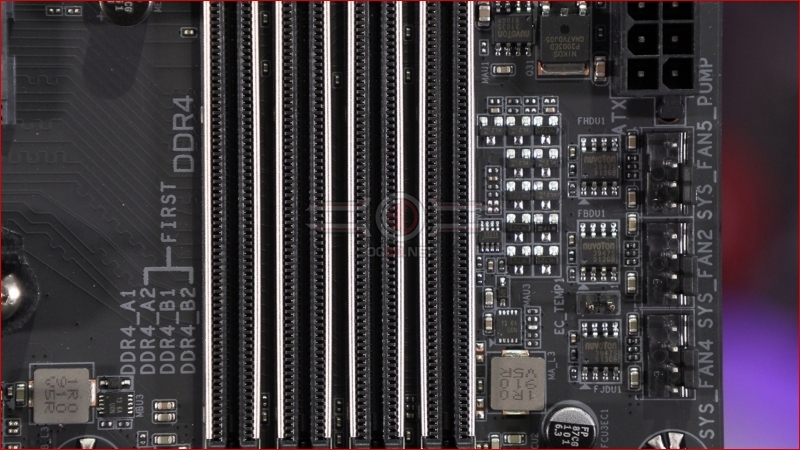 Unlike the Gigabyte front panel headers of old the X570 Master has gone monochrome with the block. Thankfully the design - whilst reminding us of 60s pop shows - makes it easy to see which way round your cables should go. It's a small change, but an effective one. Next to those we find plenty of USB headers and yet more system fan headers. 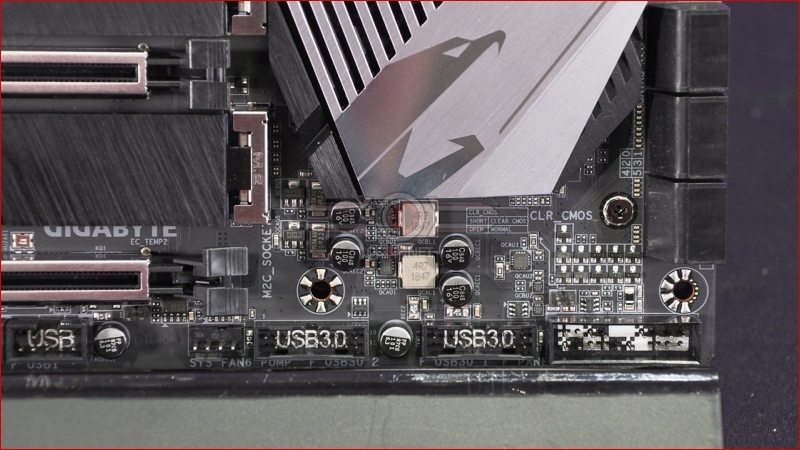 Continuing along the bottom edge we move into more USB headers and RGB strip plus addressable headers which form the foundation of the RGB Fusion 2.0 technology. We also get our first glimpse of the Aorus audio which combines an ESS Sabre 9118 with Audiophile grade capacitors to further consign external sound cards to the history books. 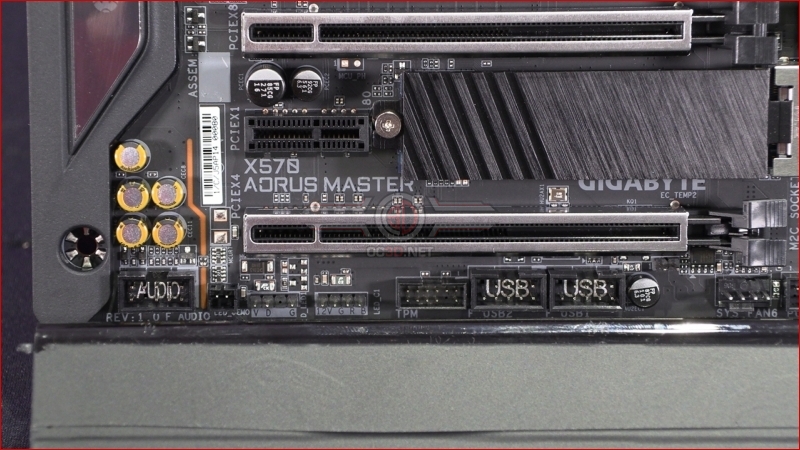 Keeping everything cool is the most important part of any power phase. As core counts rise along with clock speeds so the demands placed upon the power phases ramps up. There was a brief period of time when the power phases weren't cooled with sufficient prowess to stop the motherboards being thermally limited, but like any good engineers once the flaw became obvious it has been fixed. The Aorus Master heatsink is extremely beefy with fins that are carefully designed to treble the effective cooling area when compared to regular heatsinks of this size. There is also a high thermal conductivity heat pad which gets the temperature to the heatsink to be dissipated at 2.7 times the speed of regulation thermal pads. 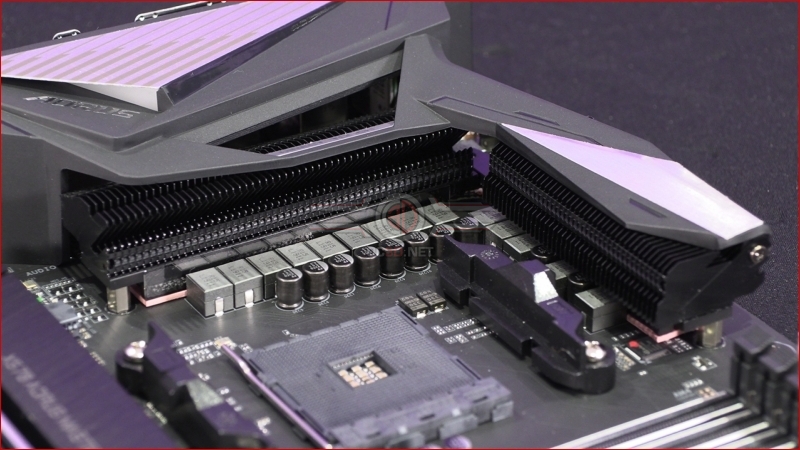 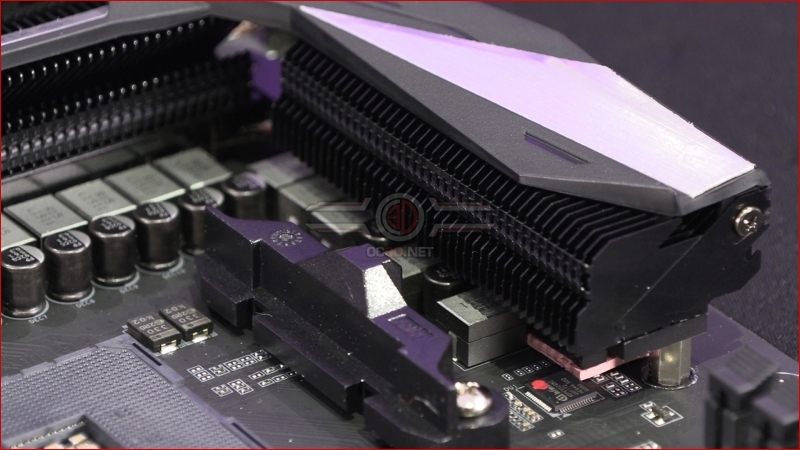 Lastly around the back we have the USB ports, WiFi ax antenna ports, CMOS clear and twin LAN in both Gigabit and 2.5G formats, along with the audio connectors. 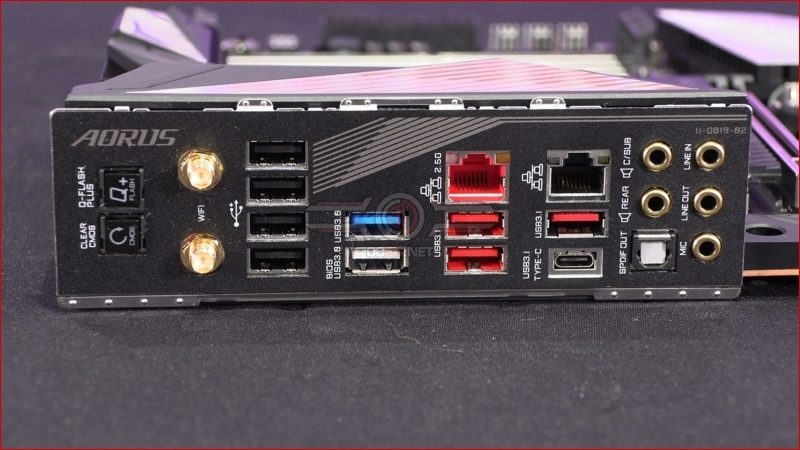