The top right corner has the two CPU fan headers that we all use since the switch from tower coolers to AIOs that swept through the market a few years ago. Alongside them are two of the LED strip headers in both RGB and addressable types thanks to the updated Gigabyte RGB Fusion 2.0. For those keeping count that's three RGB headers and two addressable ones. 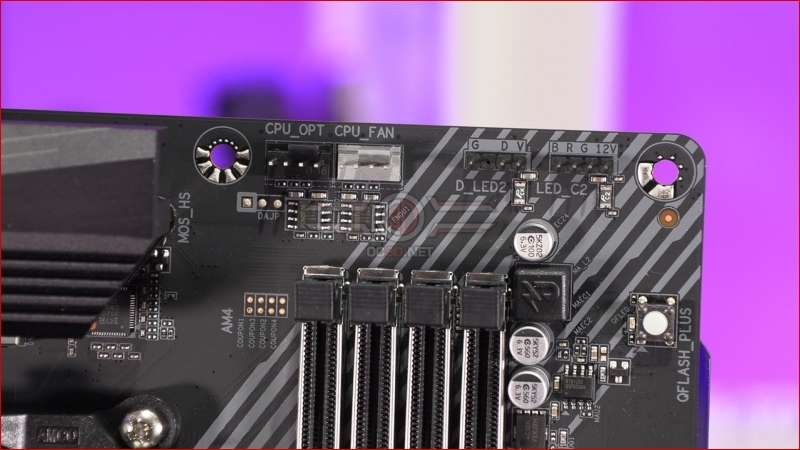 You can never have too many fan headers, especially in modern systems where the area of your case which was once dedicated to storage drives is now freed up by the small size of 2.5" SSDs and given over to inputting cool air into your case. With three combination fan and pump headers that support high Amp fans you can be certain of getting a large air intake keeping your components working at their optimum. 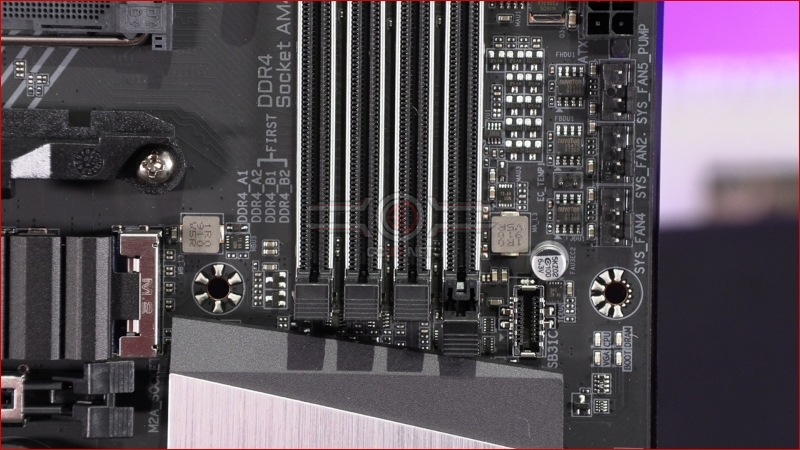 On the bottom right corner we find that Gigabyte have removed the colour-coded front panel header that was such a cornerstone of their design and instead gone with a monochrome block more in keeping with the modern trend towards neutral PCBs. Alongside that we have two of the many USB headers for those of you who can never have enough USB ports. 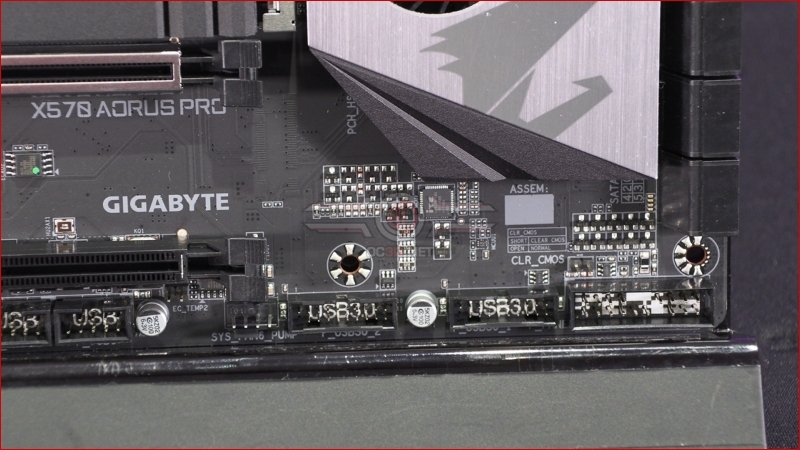 At the bottom left edge we find the two LED headers which form part of the new RGB 2.0 including an addressable header if you want to delve deeper into the customisation of your setup. We also have yet more USB headers and the audiophile level capacitors that form part of the Gigabyte onboard audio solution, including the always popular AMP-UP technology. 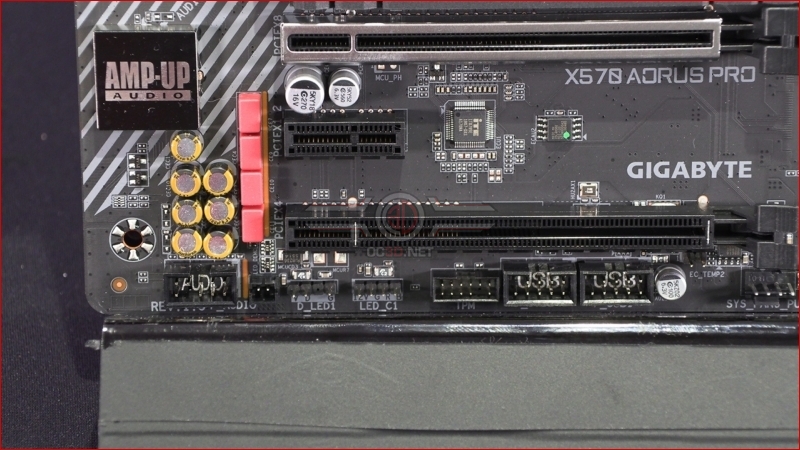 We don't think we're giving away any secrets to say that Gigabyte designers have had some issues with keeping the VRMs cool on some of their recent efforts, so it's great to see the X570 Aorus Pro equipped with such a well designed pair of heat-sinks to keep everything cool. With a base of a high efficiency thermal pad that can process 2.7x the heat of a regular pad, on to a fin design that has triple the surface area for cooling of a regular heatsink, everything is in place for the Aorus Pro to let you push the limits of your processor. 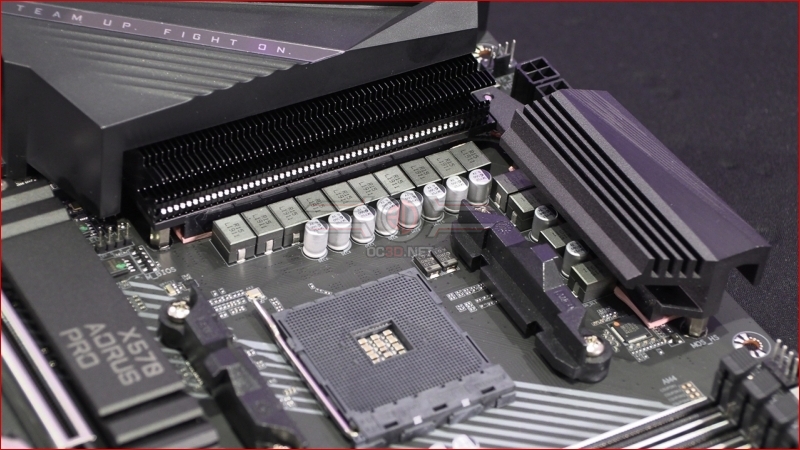 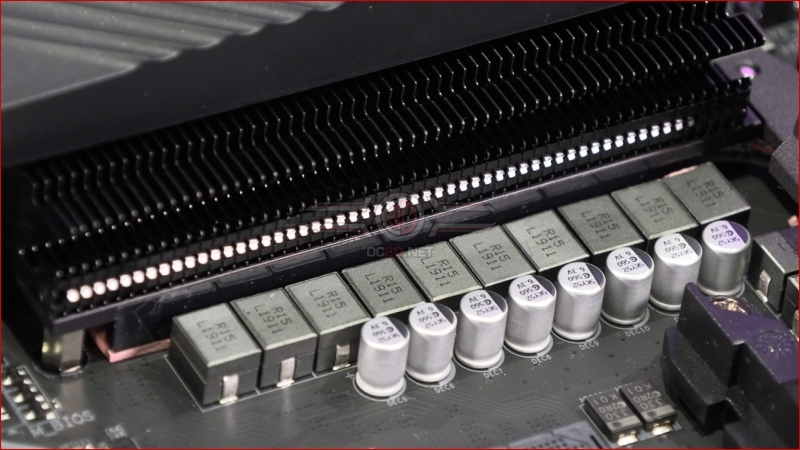