The hardware world never stands still for long though, and since the launch of the Ryzen 2nd Generation there have been a few new technologies given the green light to hit the market, and with the release of the 3rd Generation of Ryzen processors comes a new chipset, the X570, which is so up-to-date that it comes with a lot of elements yet to find their way onto Intel platforms.

Until now all the X570 motherboards we've been previewing here at OC3D have been the full-size offerings, and the main thing they have in common is an active chipset cooling setup that includes a fan. Naturally, when the ITX Gigabyte Aorus turned up we were curious as to how they had managed to solve the cooling problem.

Despite being on the compact ITX form factor there is still the inclusion of PCI Express 4.0 on the X570 I. If you were unaware the PCI Express 4.0 specification has doubled the bandwidth when compared to the PCI Express 3.0 we're all used to now. So instead of topping out at 32 Gbps it now supports a massive 64 Gbps. Imagine products such as the Samsung 970 Pro M.2 drive, and making them twice as quick. Yes please. We can't wait for the drives to hit the market to be honest, and we are even more keen to discover if this expanded bandwidth allowance will bring new eye candy to us as the latest generation of GPUs appears which take full advantage of the PCI Express 4.0 format.

Other areas that remain as impressive on this ITX board as the full sized models is the inclusion of the Intel Wi-Fi 6 802.11ax specification which, if you've got the requisite hardware, can push the boundaries of wireless connection speeds to even greater heights, perfect for our cable free world. 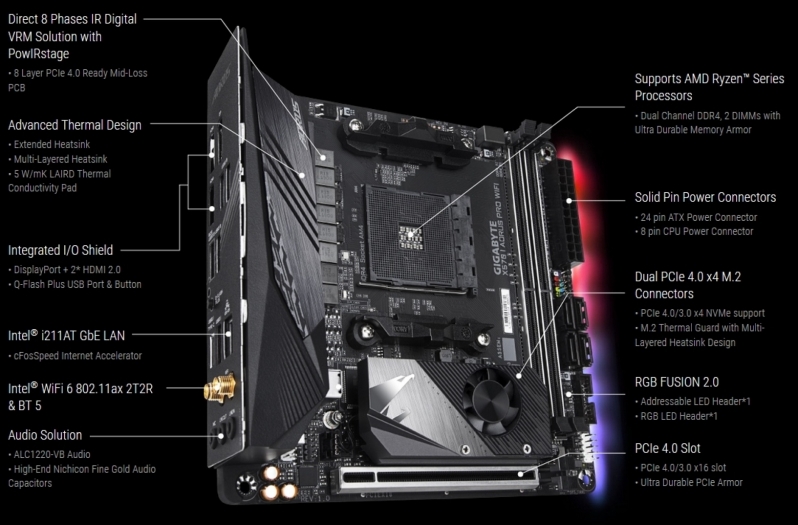 With such a small footprint there will always be some areas of compromise and the Gigabyte Aorus ITX has just the two fan headers. This probably isn't the motherboard into which you should install one of AMD's Ryzen 9 CPUs with their 12 or 16 cores. Certainly not if you wish to keep it cool. But then the target audience for a product such as this isn't those users who prize performance above all other considerations. 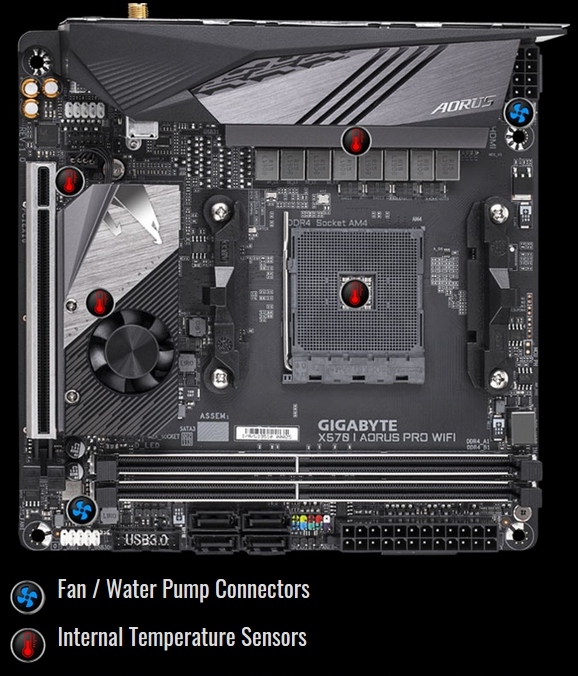 RickPlaysWarr
Please review this one Tom. I just managed to get a new / unused Caselabs S3 case and wan't to build the latest and greatest X570 platform mITX beast. I need to know if I should wait for the ASUS X570 Impact DTX board.Quote
Reply