The biggest thing we were concerned about with the Gigabyte X570 Aorus ITX Pro was the limited cooling options but clearly the Gigabyte designers have left enough room to allow us to push Ryzen 9 3900X much further than we anticipated whilst not breaking into temperatures that we are uncomfortable with. Even the VRMs, the one area you might expect this extreme processor to cause problems for this tiny board, only hit 79°C which we find astounding. Running a more sane processor will naturally lower all of this temperatures.

VRM temperatures are very good for such a small board running such a ludicrous processor. It's worth bearing in mind that, unlike their competitors, the Gigabyte VRM temperature sensor is on the VRMs themselves rather than just nearby, thus it will always be a little higher as it's reading the pure temp. 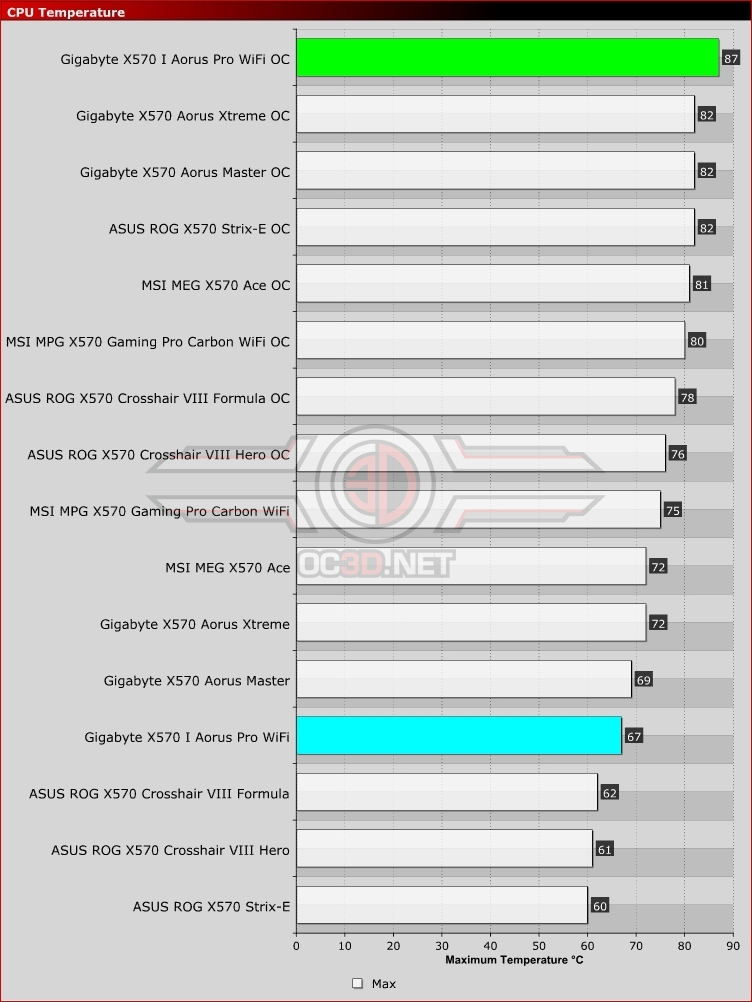 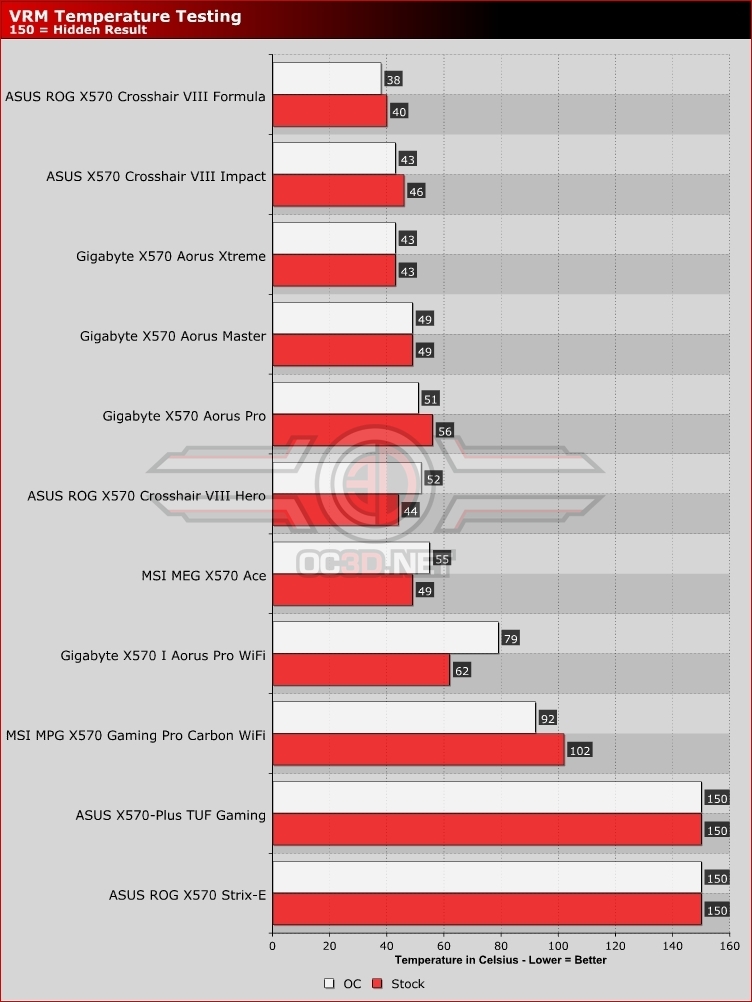