Until now the production of a chipset which is a minor deviation from the one that has come before rather than a complete redesign has largely been confined to Intel, but now AMD have hopped on board the small update train with the X570S.

To bring you up to speed the X570 is the AMD chipset which provides the platform primarily for their Ryzen 5000 series processors but supports all of their AM4 range. It was the platform that brought PCI Express 4.0 to the masses and that utterly addictive level of storage performance. Initially supplied with a fan on the chipset to keep it cool when handling all that bandwidth, soon partner vendors produced motherboards that dispensed with the active cooling, and having proved its reliability AMD have made it an official update.

The Gigabyte Aorus range of motherboards has been popular since it was first launched, and the first X570S model that we're looking at is their Aorus Master that hits the price and feature set sweet spot so beloved of people who are enthusiastic but have other calls upon their finances.

Before we bring you our full review let's take a closer look at what it offers.

Like any intermediate release the Aorus Master is more of the same but improved instead of a wholesale revolution. The power phase is upgraded and there is a passive heatsink where there used to be a fan. The Wireless speed has seen an upgrade, and the move from a single PCI Express 4.0 slot to a full suite will be beneficial to those of you with high bandwidth needs. Otherwise it's all pretty close to what you've seen before on the regular X570. 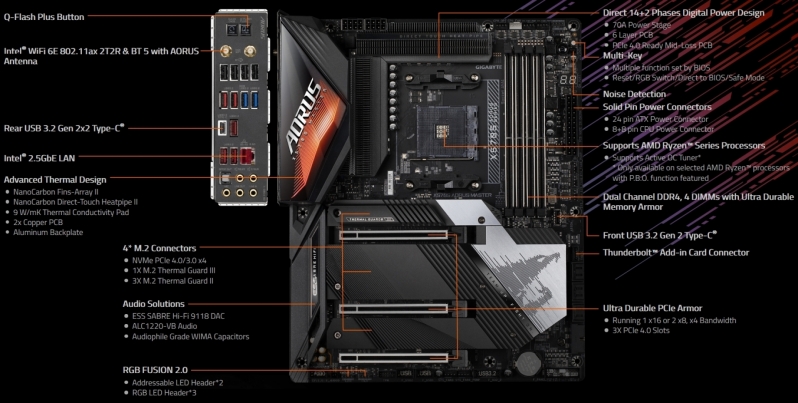 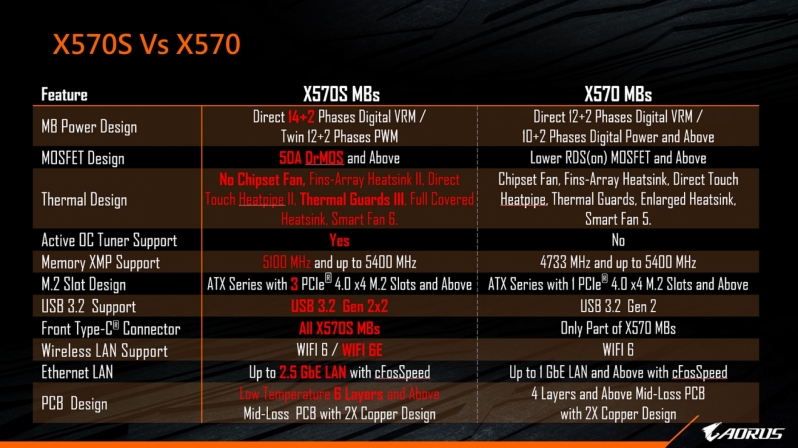