The Aorus range remains one of the last to use bold iconography on their packaging. Anyone who has been around the industry for a while will remember the Knights, Demons and Fighter Jets that dominated boxes for years. We like it. Similar to the Corsair yellow or ASUS ROG Eye, the screaming Hawk/Eagle/Whatever-it-is is instantly recognisable as a Gigabyte Aorus product. 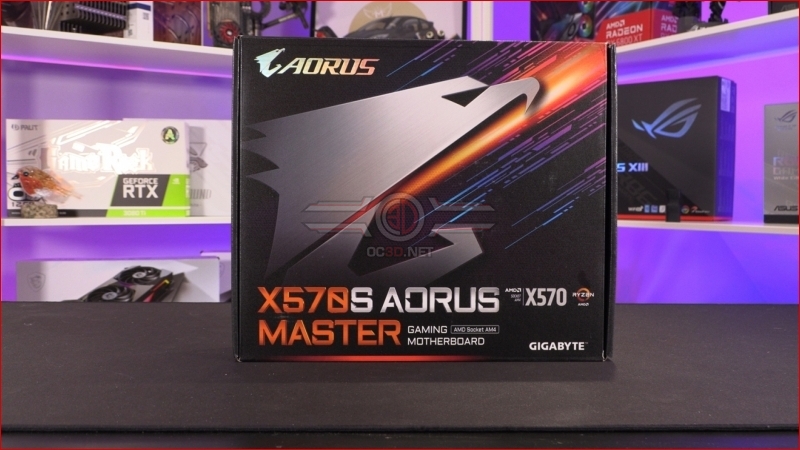 Within the bundled accessories you get four SATA cables, an Antenna, a G Connector, RGB extension strip, cable ties, thermal probes and the screws necessary to install an M.2 drive. 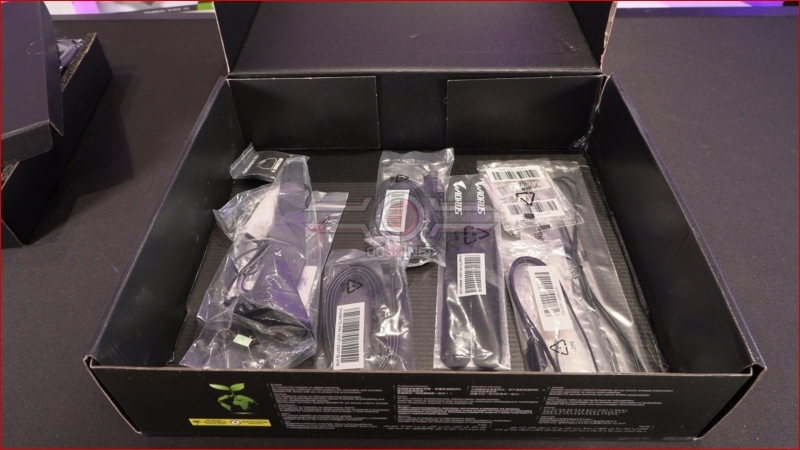 The X570S Aorus Master is visually quite different at the top end than the original model. The power phase heatsinks are now naked rather than being covered up, and there is a slight size increase do help manage the extra heat generated by the upgrade from 50A to 70A models. On the right of the CPU socket there is a clear X570S brand where previously there had been two black CAPs. Lastly the Aorus Master branding has gone from being a small font to dominating the left hand side. 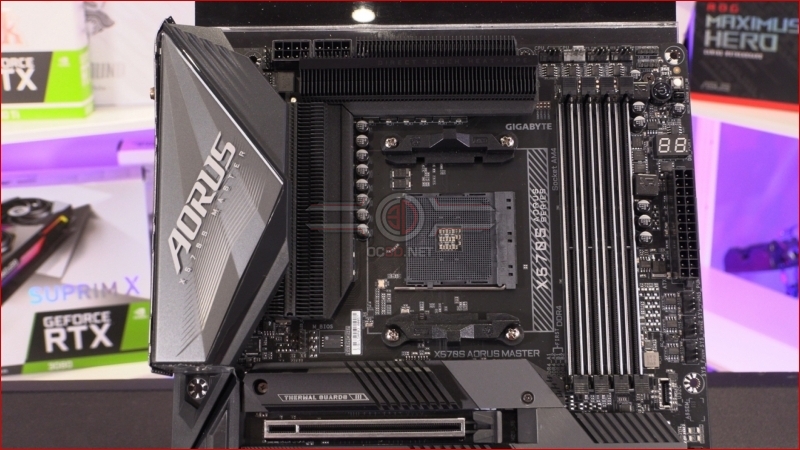 Down the bottom end we see all the main changes of the X570S Master when compared to its predecessor. Rather than separate heatsinks for the M.2s slots and an actively cooled, separate, heatsink on the chipset it's all been unified into one coverall style. We're not big fans of Gigabyte following the ASUS Strix idea of having a glitched logo that is more reminiscent of a Zalgo font, but hey. 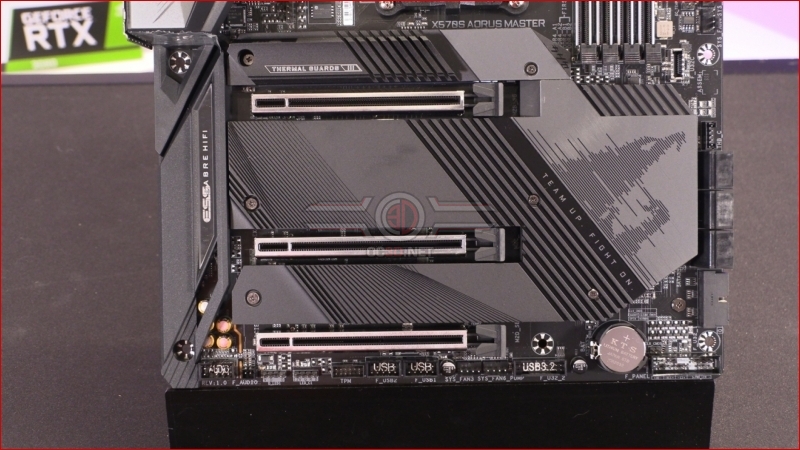 Before we move on to our famous up close shots, a chance to view the X570S Aorus Master in its entirely, with the old X570 Master below it for comparison purposes. 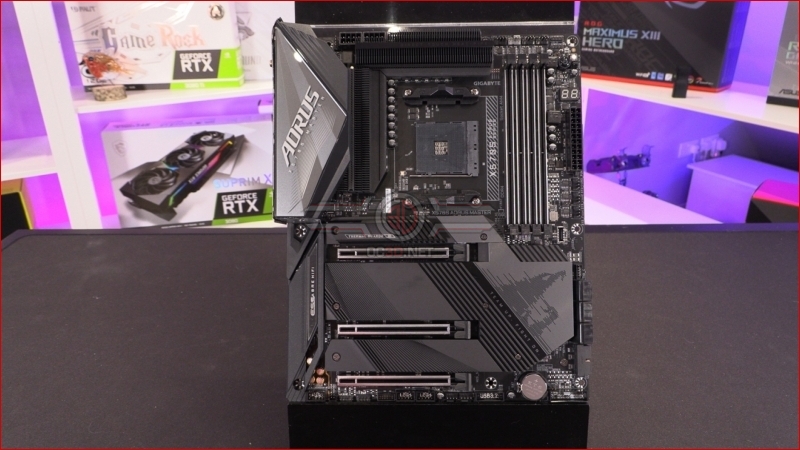 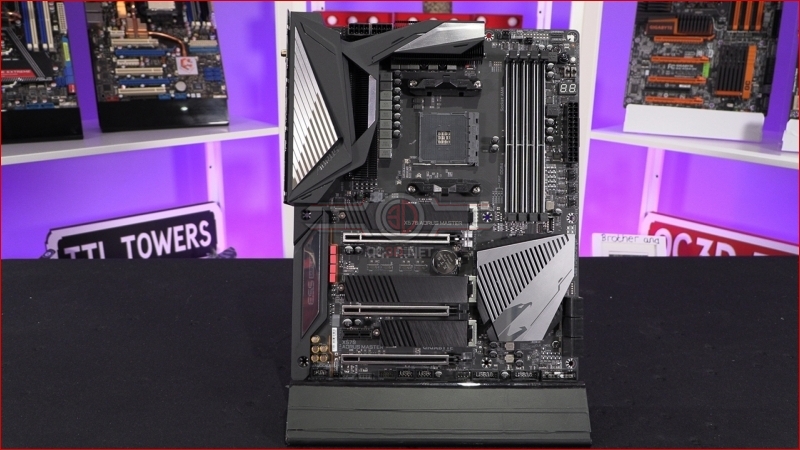