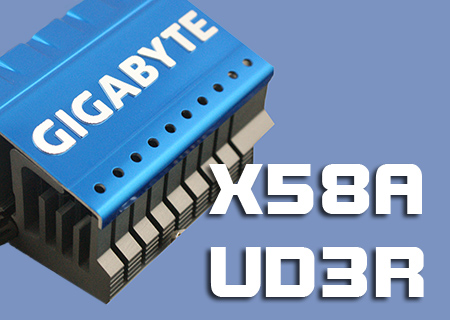 Finally onto the gaming benchmarks we're following the Unigine results with the UD3R at stock just a bit behind the Sabertooth, but when overclocked even at 4GHz it just edges ahead. In Extreme mode, which with this setup will probably be the one you all use, the difference between stock and overclocked lessens greatly as GPU becomes more of a factor.

What a curious bunch of results. If we can take anything it's that Crysis is as predictable as the missus. The Sabertooth has similar results at both 3GHz and 4.2GHz, but the UD3R is both miles behind and miles ahead. Crytek have never had to bench anything, obviously.

Finally the recently released HAWX 2 benchmark puts everything where we'd expect it to be. Some differences in minimum and maximum frame-rates, but at average which is the one that matters, it's clock speed that is King so the extra overclock of the UD3R v2 helps.

alienware
Fantastic stuff. I need not worry as if I ever go X58 then this is the board I shall get.

The original is an absolute legend and this one seems to make the design even better. And the price is sensational too.

This is the board that CPC gave a massively high score to saying that it made all of the models above it (in the Gigabyte range) redundant due to them being no better for functionality and that they came with loads of bolt on tat that didn't do anything.Quote

tinytomlogan
Quote:
We'll soon see Ive got the UD7 V2 to do next

alienware
Fair enough. But price to performance they are cutting their own throats. Let's say for example the 7 costs £300. Will it offer double the performance of the 3?

I look forward to it though and thanks for the review

tinytomlogan
Quote:
Not quite the way to look at it, but i get where you are coming from.Quote

THD
I wish you didnt make another good review Tom as before this the choice for my new rig was clear : the sabertooth with I950 but now again I dont know what to get

Ps just joined the site but been reading reviews last couple weeks and really like what you guys are doing compared to most sites and for my new rig certainly couple decissions will be based on your reviews. THANKSQuote
Reply