The Adaptive Boost Technology really does smash the hell out of our Core i9-11900K. Remember this is a 360 Radiator with 3000 RPM fans. The air-cooled need not apply. Thankfully it’s only the flagship CPU that has such insane temperatures. The VRM area is the one that the Gigabyte setups struggle with because their BIOS just aren't that well optimised. You can help with manual fettling, but it's worth noting you'll need to, whereas the ASUS and MSI are fine in "out of the box" mode. 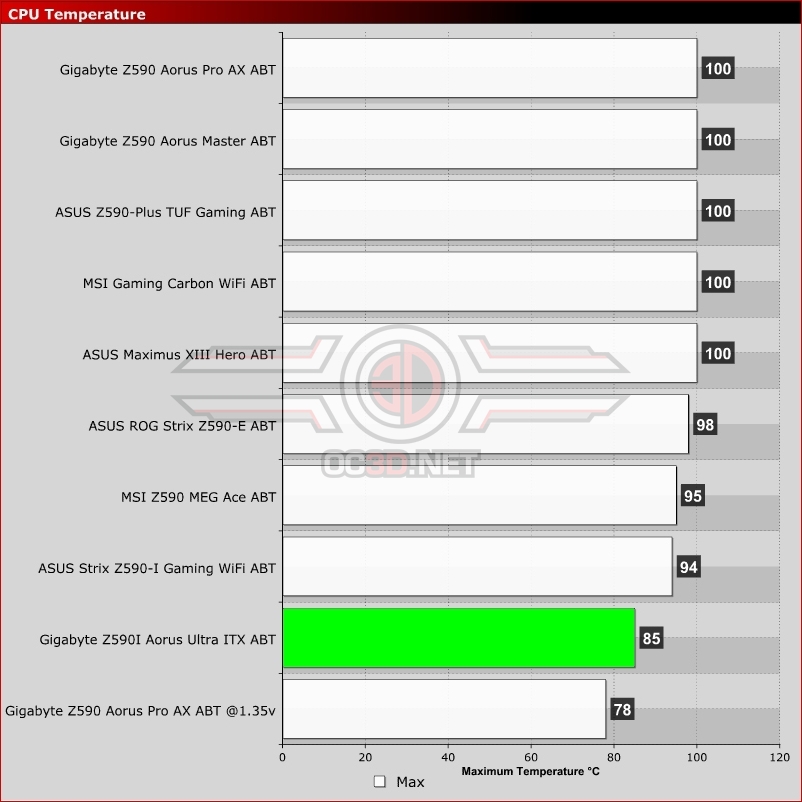 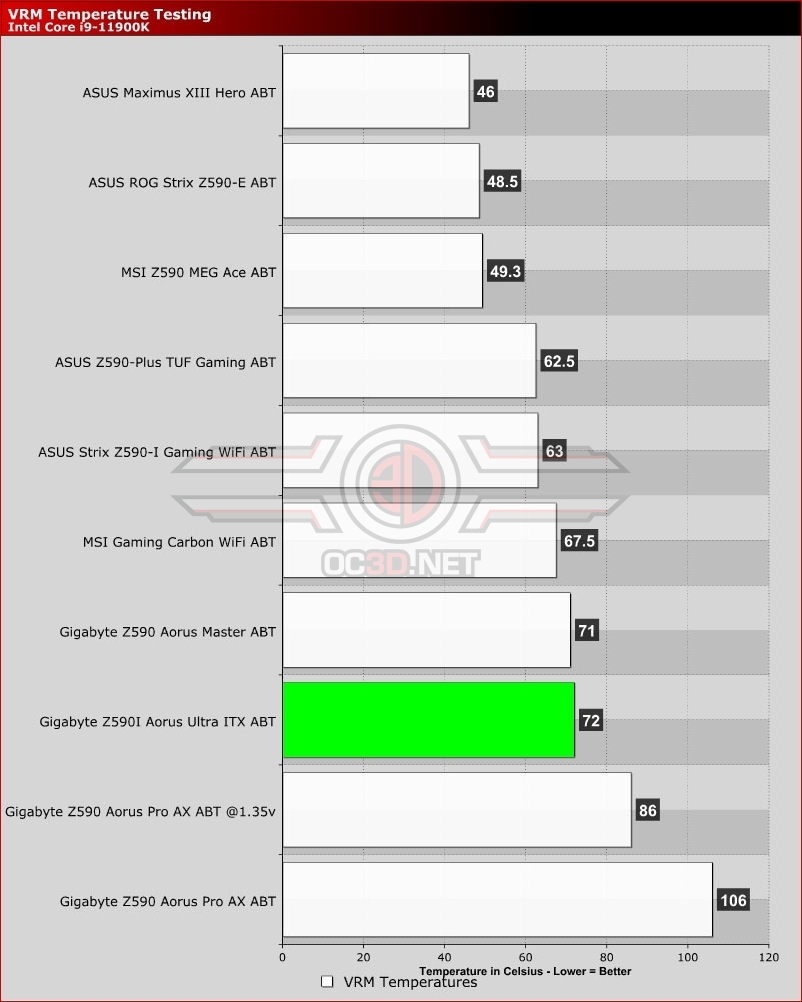