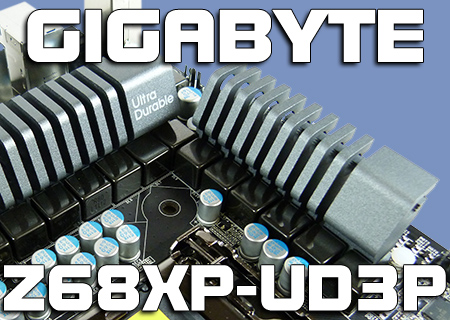 The UD3P is tested with our standard LGA1155 test kit. The addition today is of a SSD to see how the Intel Rapid Storage Technology has matured with the later driver releases.

Overclocking the UD3P further expresses its placement as the middle of the three main Z68 Gigabyte boards. Whilst the D2H tops out around 4.4 GHz and the Z68 UD5 is capable of 4.8 GHz, the UD3 is, yes you've guessed it, good for 4.6 GHz. It's definitely not a voltage block as no matter how much electricity we pumped through our 2500K it just wouldn't budge.

However, it was able to run the 4.6 GHz overclock at a lot lower VCore than many other boards we've tested on the Z68 platform. 1.35v was enough to keep things perfectly stable and that's great for the long-term abuse that an everyman board is likely to receive. 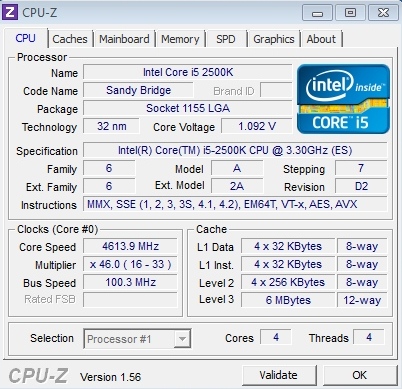 Thankfully unlike many boards that claim one thing and deliver another the UD3P was capable of running our Kingston kit at the rated 2133 MHz. 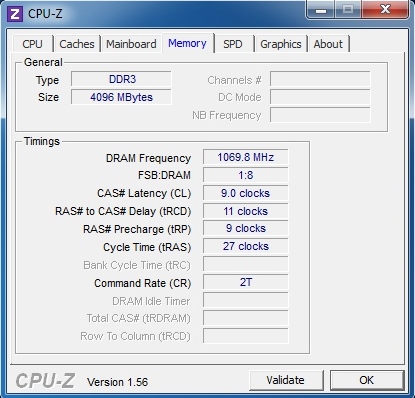 Whilst the driver included with the CD is the 1026 variant, the Intel website has the 1027s which have been claimed to be much more stable so we felt it was time to revisit this and see how it has matured. As you can see our very plain Corsair 80GB SSD when coupled as cache to our much-loved and worn Samsung Spinpoint F1 allowed us to get 166MB/s read and nearly 59MB/s in write. We're not even using the 'Maximize' setting either, but rather the more stable and therefore slower standard setting. 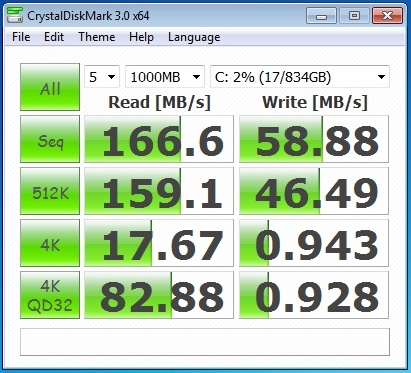