The Z690 certainly shook up the market when it was released, instantly taking Intel from being somewhat behind the leading edge of technological advancements to pretty much at the forefront of the charge in to the future.

As with any new chipset release there are always a whole host of new motherboards to look at, and the Z690 more than most seems to be one that has caught the imagination of designers. Whereas once we might get a low end, midrange and flagship model, there appears to be a motherboard for every single budget and requirement around. Whenever the marketplace is flooded like this we tend to lean towards the midrange models as they give you the combination of features that make the purchase worthwhile without also coming with the kind of price tag that leaves you gasping for air.

The Gigabyte Z690 Aorus Pro is one such motherboard. As part of the Aorus range you can be sure that is has all the new features that have made the Z690 so attractive, and yet it still doesn't break the bank in the way that some of the other Aorus range product might, especially with its sub-£300 price tag. Let's take a look.

Despite being lower down in the Aorus range than many of their other Z690 offerings, the Pro is still an Aorus product and so it's not a big surprise to find that you have all the connectivity options and high bandwidth devices we have come to expect from the latest generation of Intel hardware. There are also more than enough cooling options for all but the most dedicated airflow enthusiast, with eight headers and nine temperature monitoring points. 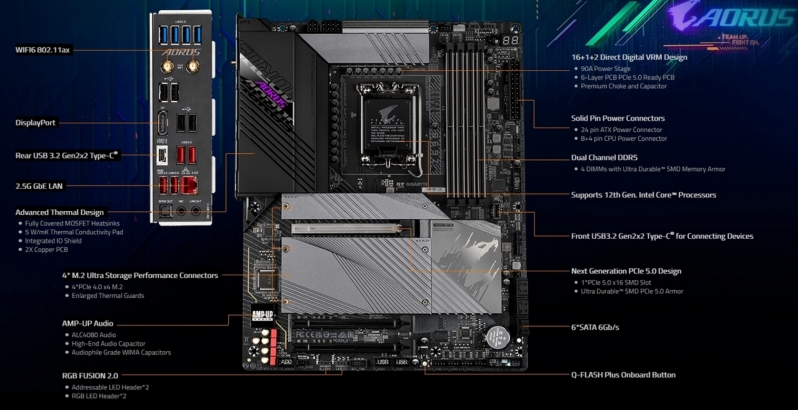 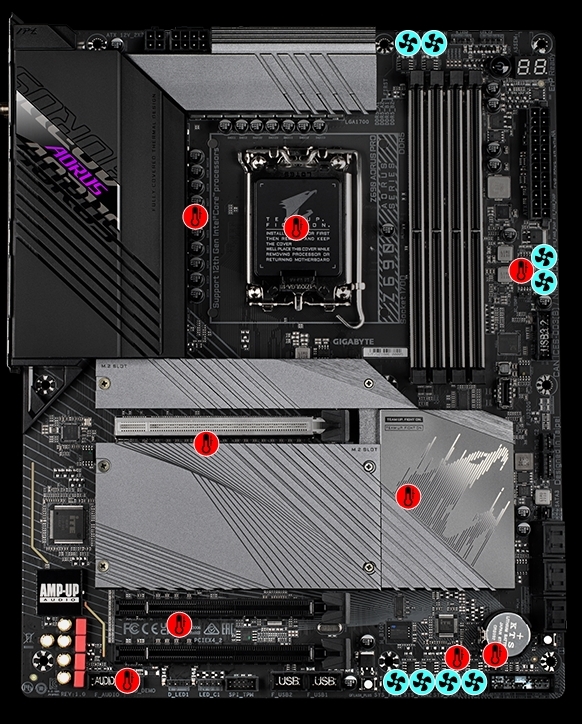