Up Close - The Tour

Up Close - The Tour

We've been around the block enough to remember the ASUS Sabertooth P67 motherboard that was the first mainstream motherboard to introduce the idea of a cover on the PCB. Since then we've always enjoyed a motherboard that does its best to cover up the boring bits and we're always pleased to note that newer motherboards have this as a more and more common element. The Aorus Xtreme not only covers up the fiddly bits, but also uses the glorious horizontal connectors. It makes a strong first impression. 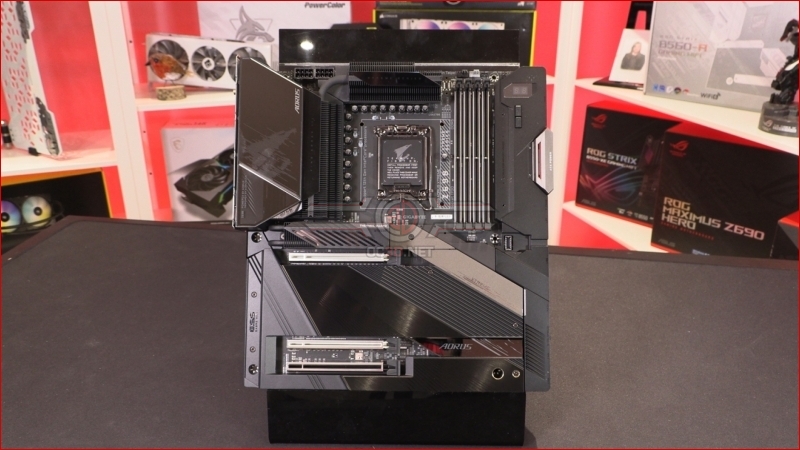 We'll be going over the features of the Xtreme in the next few photographs but for now we just can't get away from those uncovered screw holes. Once you see them you just can't unsee them. Ugh. 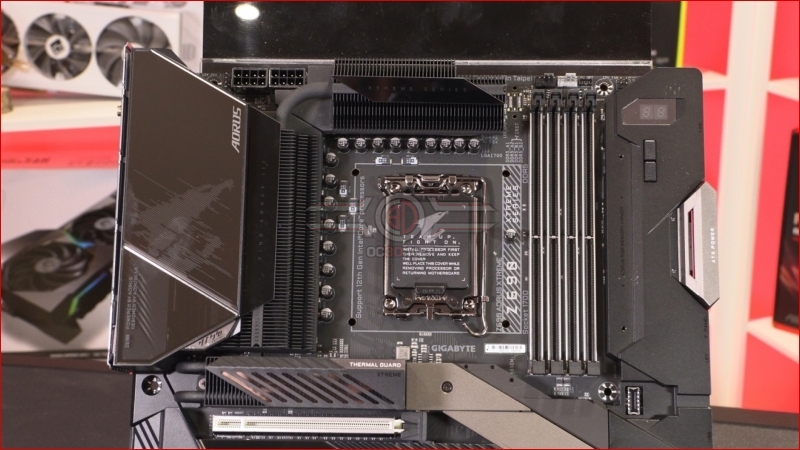 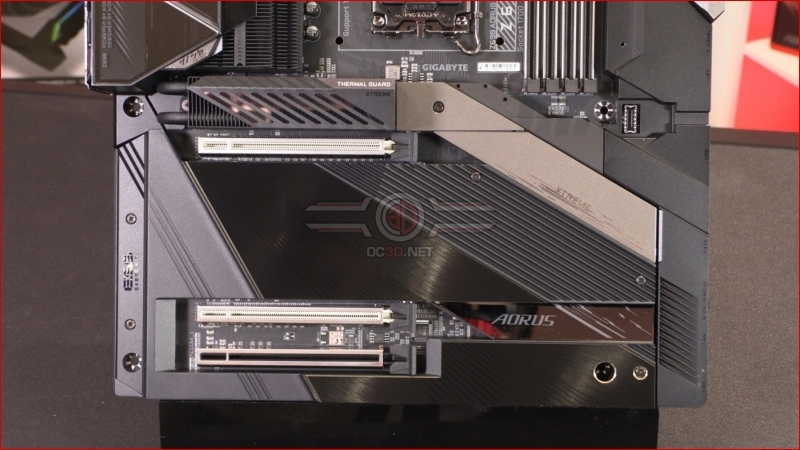 Starting at the top left we find the first fan header alongside two 8 pin braced 12V power inputs. You can also catch a glimpse of the VRM cooling, but we'll deal with that later. 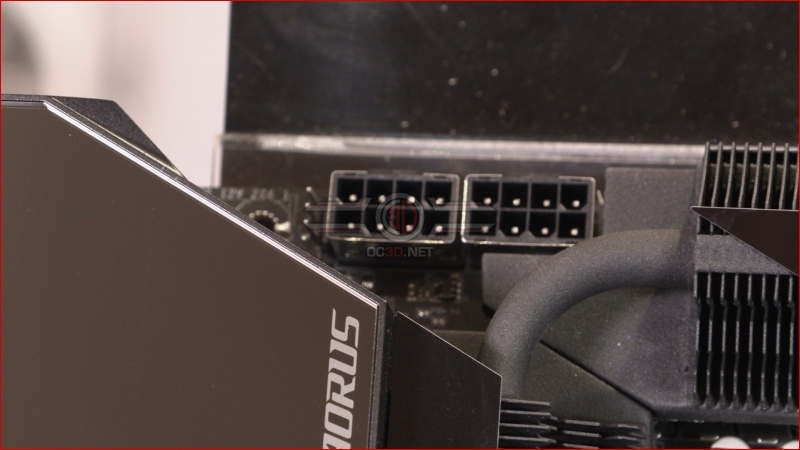 The DDR5 slots are both braced and with a solid set of retaining latches. Above those are the CPU cooling fans, with another glimpse of that VRM setup on the left. 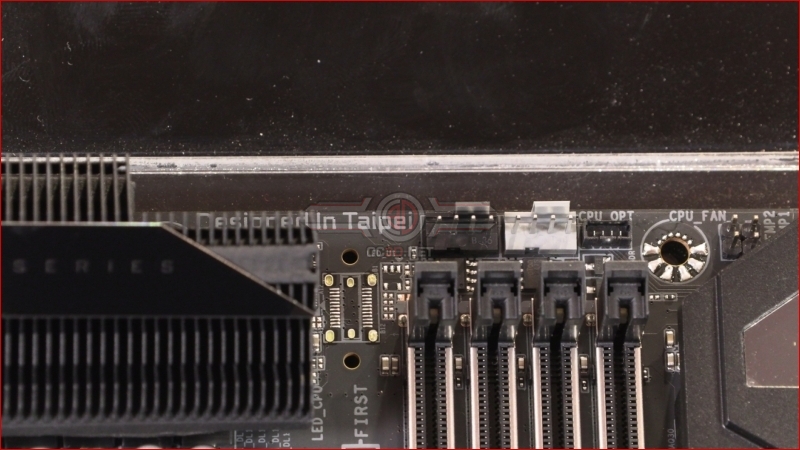 With horizontal connectors down the right hand edge, the right hand side covers up much of the edge we're more used to seeing containing connectors standing proud. Although, unfortunately, this photo does show up those dashed screw holes that vex us so. 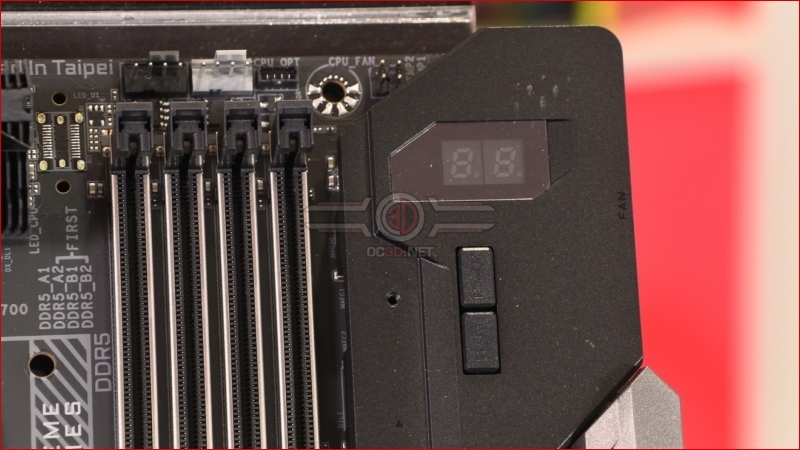 See, everything is facing outwards. Perfect if you like your cables to be the antithesis of the British Government. Otherwise known as 'well managed'. Little bit of satire. 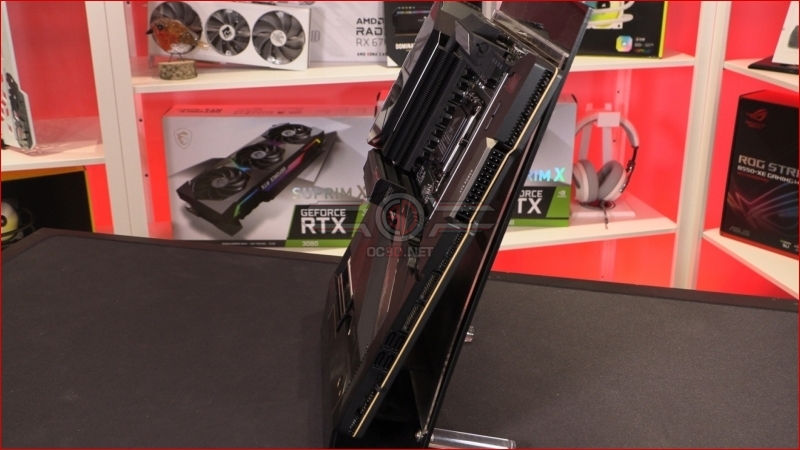