It feels like we've been waiting for today for years. Clearly that's not the case, but when the Z490 rumour mill was in full flow it was fairly apparent that PCI Express 4.0 was going to be a part of that launch. When motherboards first came in many of them also looked like they'd been designed around the fastest current PCIe format too, but as we all know that wasn't the case.

No sooner had we all been disappointed than Intel pointed out how the Rocket Lake processors and Z590 chipset would bring us all we desired, and so we sat and waited. Naturally the world has changed tremendously in the intervening time and so we have had little to do but wait patiently and hope that eventually it arrived on our doorstep and Intel would finally have a platform that could rival the insane bandwidth being thrown around by the AMD X570 chipset.

That day has come, and we have two Rocket Lake processors - the Core i5-11600K and Core i9-11900K - as well as 9 (NINE) Z590 motherboards to bring you today. That's an awful lot to test and write about. Given that you're as impatient as we are we could either go down the road of explaining a ton of things that are only of interest to Enterprise users or those whose specialisation is transistor circuitry, or we could treat you like the intelligent beings you are and get on with finding out what the latest addition to the Intel lineup brings to the table, how it affects us as daily users, and most importantly what level of performance we can extract from it all.

Grab your favourite beverage, put the cat out, find a comfortable seat and prepare to delve in to the biggest launch day number of reviews in OC3D History.

It doesn't seem that long ago when we were all buying the Core i5 2500K with it's 4 cores, no hyper-threading overclocking capabilities. Barely any time later and the Core i5 11600K is a six core, twelve thread CPU capable of Turbo boosting to just shy of 5 GHz. Moore's Law in full effect. On the flip side the Core i9 11900K is an eight core, sixteen thread CPU, compared to the 10/20 available on the 10th Gen Core i9-10900K. However, in this guise the newest Core i9 can utilise the Thermal Velocity Boost to Turbo up to a barely believable 5.3 GHz. We can't wait to find out if this is the case in the real world. The Core i5 will be the big seller, and we're excited to find out how it stacks up to its rivals, but we're performance hogs here at OC3D, so we're just as curious about the biggest, beefiest Core i9 too. Will the two fewer cores than its 10th Gen predecessor leave it gasping, or do the underlying architectural changes close that gap? There is only one way to find out. No, not with a fight, with some benchmarks. 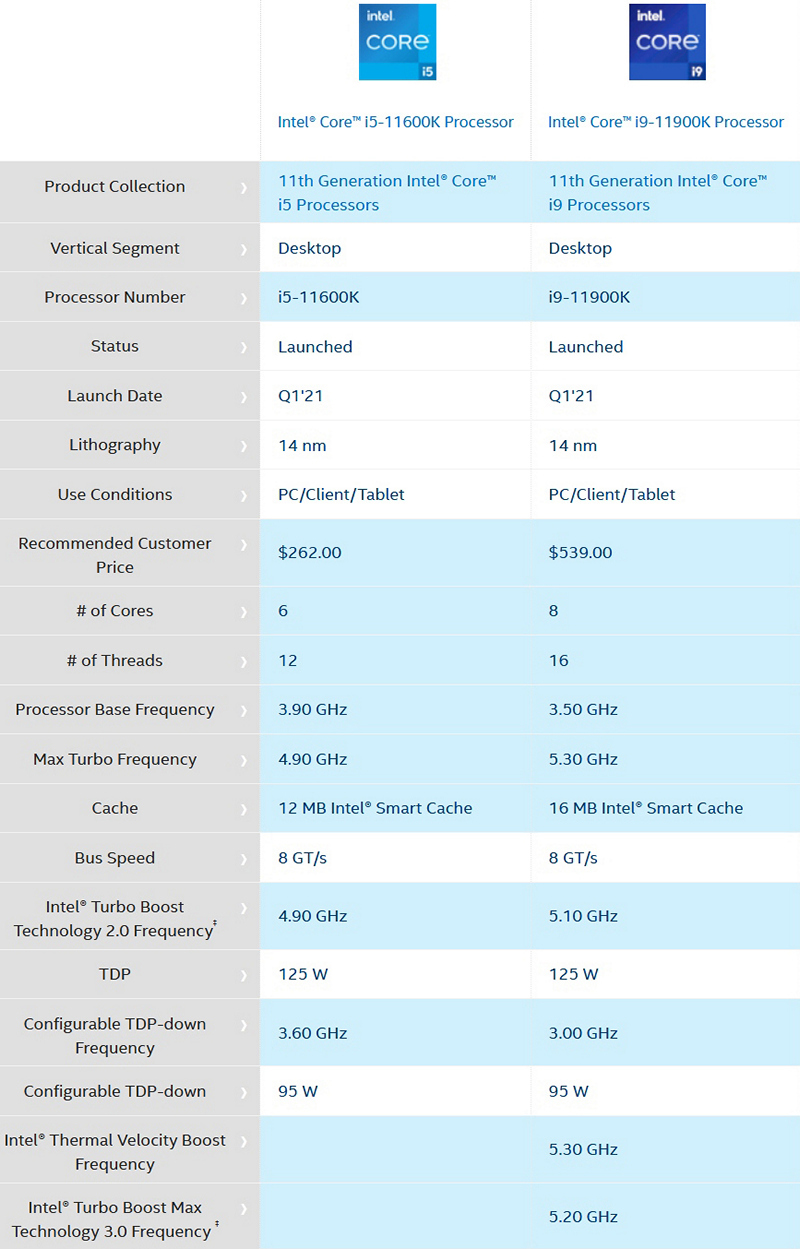 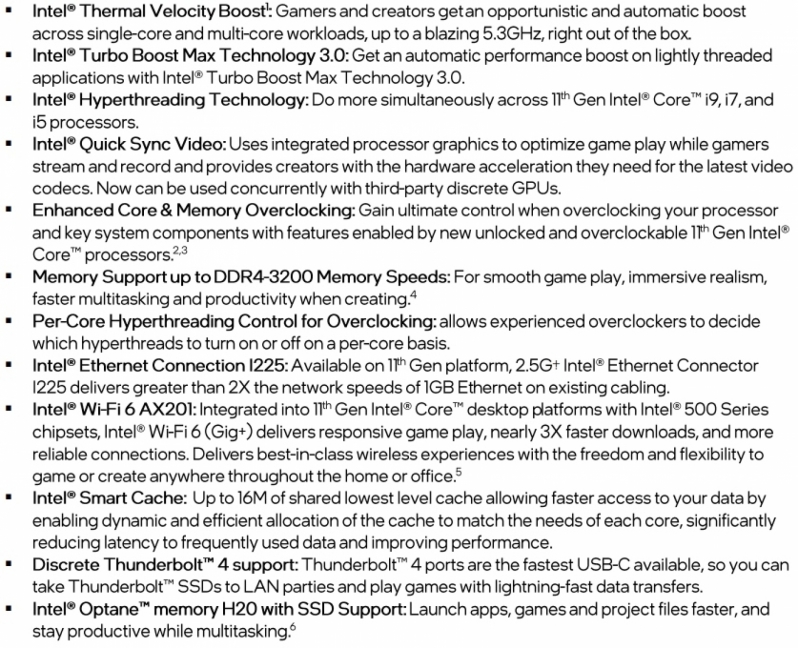 
In fact 11600K is probably the go to CPU for gaming builds now, until AMD undercut it with a 5600 non-X. But I don't think they have the fabrication capacity.Quote

tinytomlogan
Quote:
The i5 having stock is their only possible power move when AMD stock is quite hard to come by at the momentQuote

looz
Quote:
There seems to be plenty available in Finland currently, at MSRP. Which is a strange sight nowadays.
But seeing how Intel has their own fabs, not entirely unexpected.


Thanks for the reviews! That's a massive amount of benchmarks.Quote

Dicehunter
Makes me feel good about my 5800X purchase a few days ago, Along with this review and a fair others today, Looks like both CPU manufacturers are about equal when it comes to gaming.Quote