Quite often we discuss the biggest negative to owning an Intel system is their insistence upon changing the socket every time, making a long-term system almost impossible to futureproof. They've improved a lot in recent times and, with the 13th Generation of Intel Processors here, that trend continues. Should you own a Z690 motherboard you'll be pleased to know that the newest Intel Processors, whilst also having a Z790 chipset to accompany it, does work in the LGA1700 socket you might already own.

The reason is fairly simple. Intel often try and work with a Tick Tock upgrade path. The first iteration of a new architecture is followed by a revision of that. However, the 11th Generation was a toasty boy and so the 12th was heavily updated and quite quickly. Not only did it largely tame the heat, but the introduction of two types of core - Performance for balls-to-the-wall speed and Efficient Cores for the mundane background stuff that saps performance - meant that new socket and chipset was needed.

Today, with the 13th Generation launch, they have reverted to the updated path so commonly seen, and taken the P+E core idea and scaled it up in terms of clock speed and core count. Bigger, better, faster... what's not to enjoy? We have two for you to peruse today, the flagship Core i9-13900K promises nearly 6 GHz whilst the Core i5-13600K has doubled the number of Efficient Cores and also boosted the clock speed, potentially making it the perfect mid-range CPU.

As a revision of the 12th Generation the main adjustments to the 13th Generation is the number of cores and an uptick in the clock speed. For comparison, the Core i9-13900K has 8 Performance and 16 Efficient Cores, whereas the Core i9-12900KS only had an 8P/8E arrangement. We saw the benefits those Efficient Cores when we reviewed the twelth generation, so having twice the amount can only be a good thing. The other processor we're reviewing today is the Core i5-13600K which has also doubled the Efficient Cores up to 6P/8E from 6P/4E on the Core i5-12600K.

It's not only the number of cores that has seen an increase either. The Core i9-12900K had a peak Turbo frequency of 5.2 GHz, whilst the 13th Generation equivalent offers 5.8 GHz. Those of you with DDR5 can also see an uptick from the 4800 MT/s on the 12th Gen to 5600 MT/s here on the 13th Generation. For those of you who love a plug and play solution the 13th Generation also introduces Intel Thermal Velocity Boost, which follows the trend set by graphics cards of looking at how much thermal and power overhead is available and ramping up the clock speed to maximise available performance. If you've ever purchased as little CPU cooling as you can get away with, this might be enough reason to splash out on something beefier.

Below is the known UK launch pricing of Intel's 13th Generation K-Series and KF-Series processors. Pricing will vary somewhat depending on your chosen retailer. 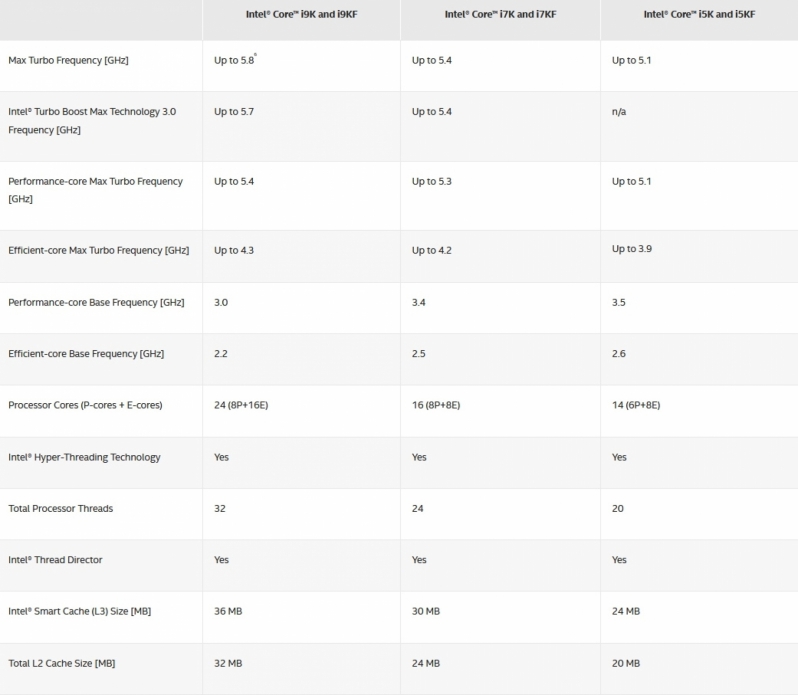 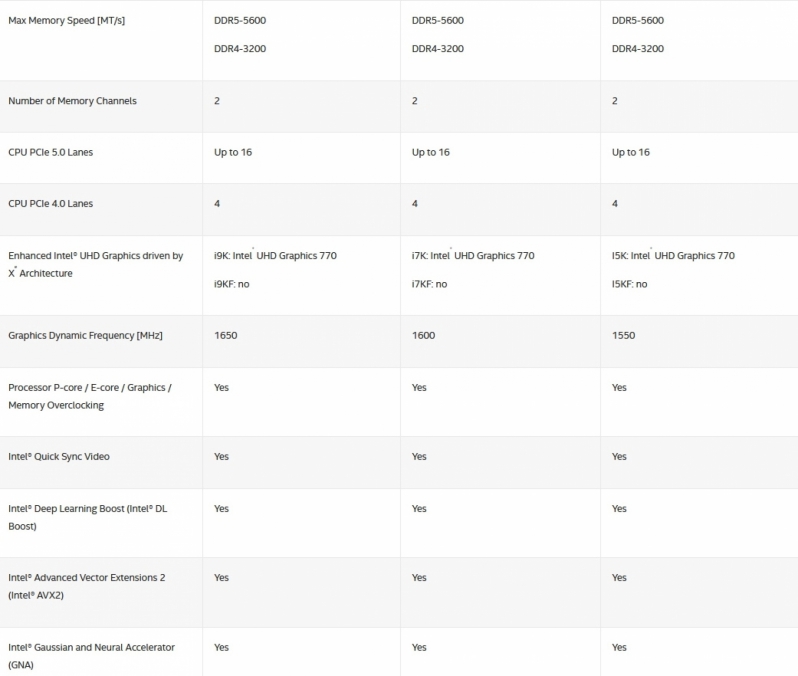 Peace Đ
These results seem so weird, I don't know what to think. Is there a possibility of error?


I am in drooling over both new gens of CPUs and I HAVE to get one, but I hope Intel can get some optimization done. Will have to wait for additional reviews though, but currently, the 13600KF seems like a nobrainer.Quote

AlienALX
Quote:
Yup. GN just hailed it as taking the throne. They also did whole platform costs too, and the 13600k was $140 odd cheaper to get running.Quote

AngryGoldfish
Quote:
Yeah, a 5800X3D is more expensive by about Â€50, weaker in multithreaded tasks, slower in single-threaded tasks, and about on par, roughly, in gaming. A B660 ITX motherboard is pretty much exactly the same price as an AM4 B550 equivalent. So, for me and what I'd like to do, the 13600KF would be better value.

Still, I should probably just get a 5600 and be done with it.