It's rare for us to see an ASUS motherboard that isn't part of their Republic of Gamers range. However, if this was a ROG product at just over a hundred notes we'd be moaning about the dilution of the brand. It's very much a no fuss box, in keeping with the no fuss motherboard inside. 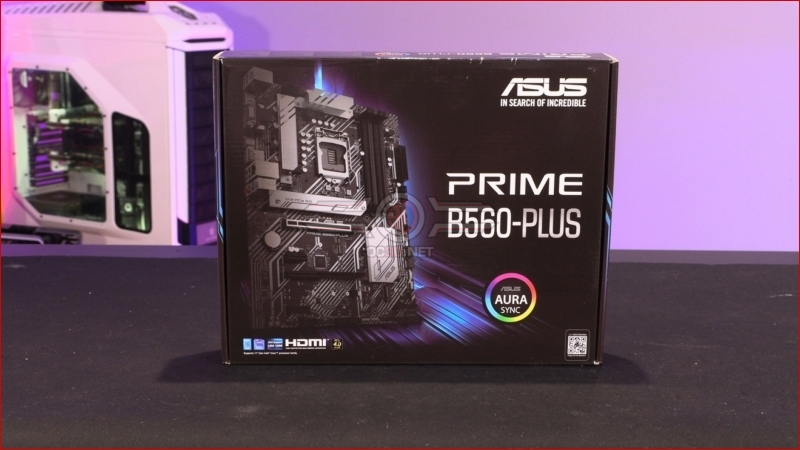 We think the Prime was designed to blend in with Zebras. It's certainly extremely stripey, and a big change from the Prime motherboards we've seen of old. It might look like an affordable motherboard, and it is, but everything is where it should be and, as we know, once you've stuffed it full of hardware the motherboard itself fades into the background. 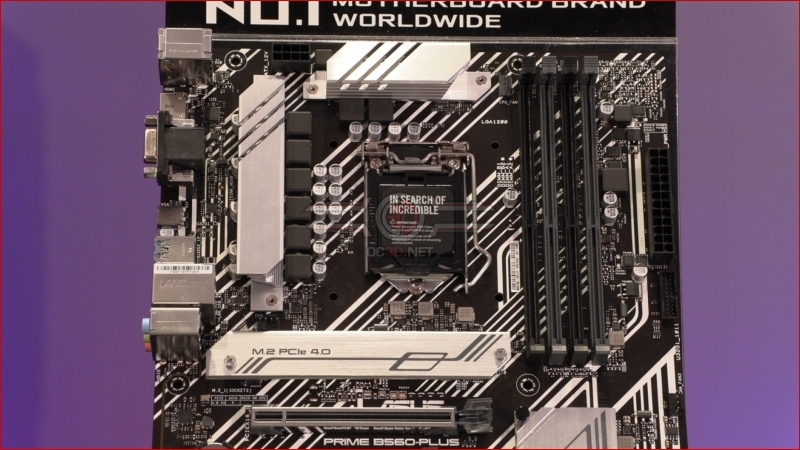 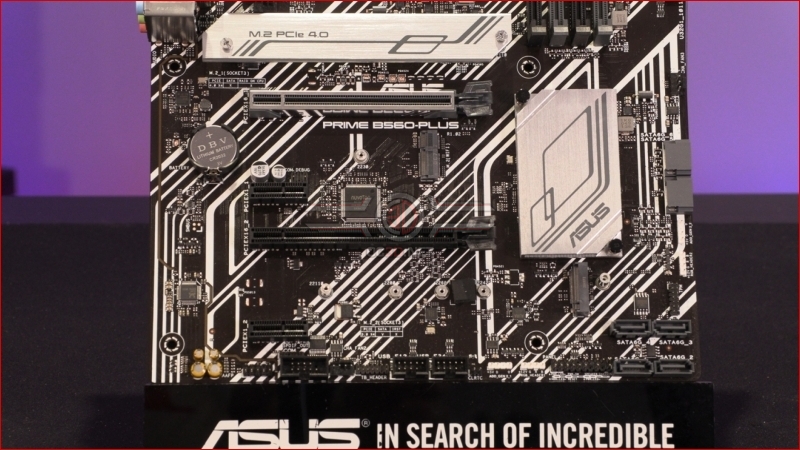 Beginning our tour at the top left we have the 8pin 12V CPU power input that has cost us many a skinned knuckle over the decades building rigs. 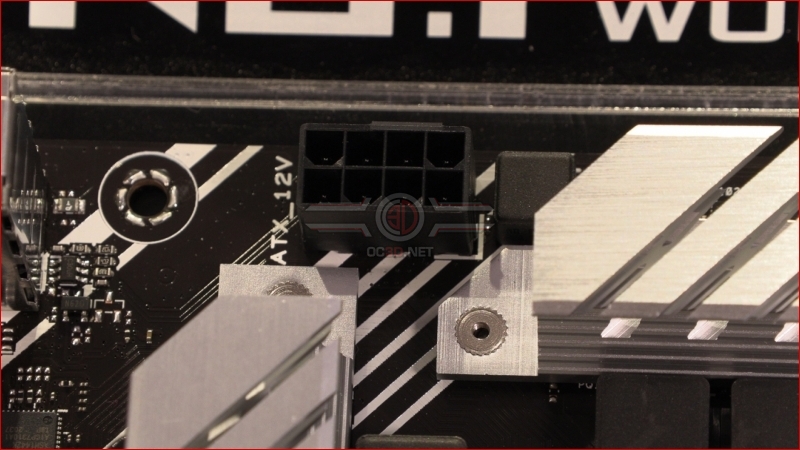 Being the cut-down chipset and about the most affordable variant of said chipset, the ASUS B560-Plus Prime only has a USB 3.2G1 Type-A front panel header. Often we'd bemoan this, but when you're on a budget the chances are you're using your current case and therefore without a Type-C front panel port anyway. 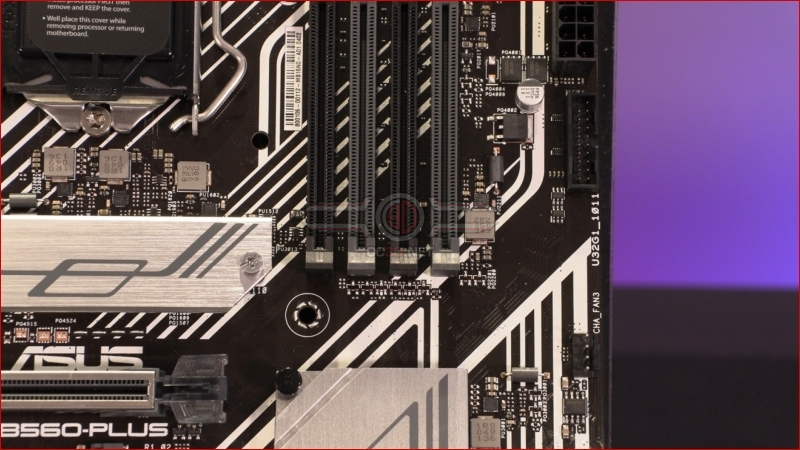 There are six SATA ports on the Prime, and in keeping with the budget nature of the board they're somewhat scattered, with two at the side and four vertical ones at the bottom. There is also a pair of the RGB LED strip headers that have come to dominate systems in recent times. 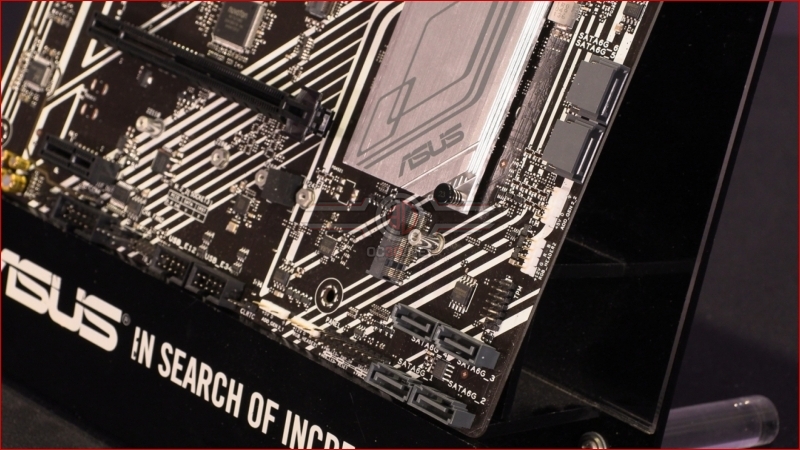 At the bottom edge we have an M.2 slot, USB front panel headers and the famous ASUS Aura sync headers. You can also see one of limited fan headers. 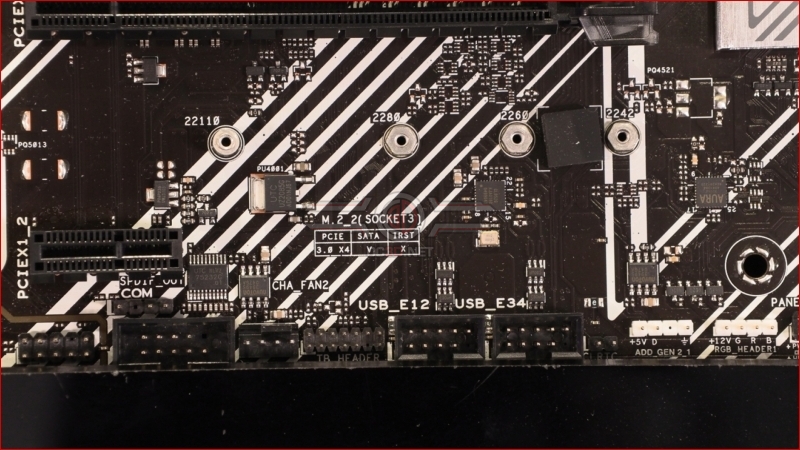 The real reason anyone would buy one of the newest Intel Chipsets is their inclusion of the PCI Express 4.0 bus, which not only gives you some graphics card futureproofing, but more importantly unlocks the fast M.2 NVMe options that we all want. You can never have too much storage, and that storage can never go fast enough. 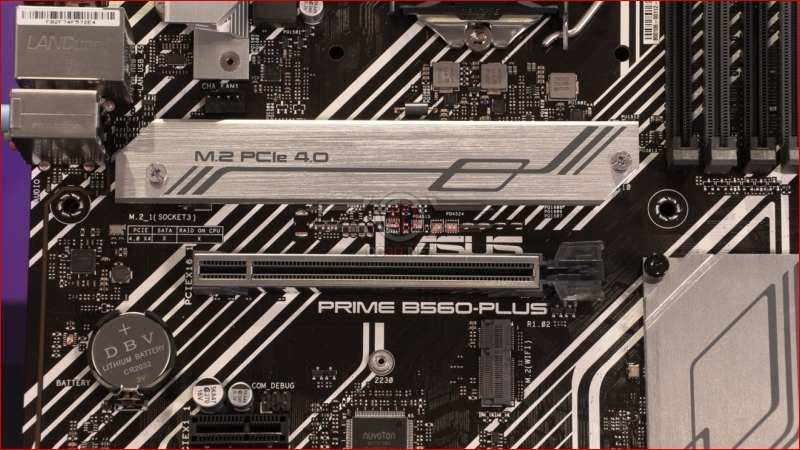 Being such an affordable motherboard naturally comes with some compromises, and the B560 Prime has limited, but just enough, fan headers to help you keep it all cool. 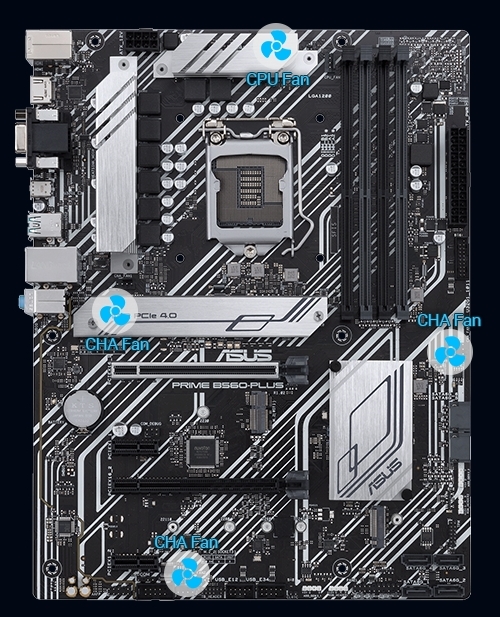 WYP
I've been looking forward to this one. The price on that CPU is excellent, assuming that retailers can keep it in stock.Quote
Reply