The Intel 10th generation processors were fantastic, bringing high performance at a relatively affordable price point. Things between Intel and AMD were very tight back then with arguments made on both sides for them being the better option.

Following that AMD took over the world with their 3000 and 5000 series Ryzen CPUs, dominating the performance charts and gaining huge ground in the sales figures. As well as having a lot of productivity performance they also eliminated their gaming weakness and brought PCIe 4.0 to the party. Intel were somewhat shell-shocked as seen by the misstep that was the 11th Gen launch. Sure the Core i5-11600K was a fantastic CPU for the money, all things to all people. The flagship Core i9-11900K, however, suffered by having fewer cores than the Core i9-10900K so it wasn't as good at productivity tasks but didn't have the speed to be worth the upgrade for gamers. Add to that the lack of PCI Express 4.0 and there was little to recommend it.

Clearly Intel aren't a company to die wondering, nor be slow to respond. The Alder Lake architecture we have today in the form of their 12th Generation processors and Z690 chipset seeks to redress the balance by skipping PCIe 4.0 entirely and heading towards PCIe 5.0. That isn't all there is on offer though as many of the motherboards we're reviewing support DDR5, and the processors themselves have a lot of tricks up their sleeve. It is the release-equivalent of Intel pretending the 11th Gen didn't happen and heading straight to the top of the feature set pile. Has it got the performance to back up this rich suite of technologies?

As always with an Intel launch there are a selection of processors to choose from. We've got the Core i9 and Core i5 here as they provide the best real-world use case. People on a relative budget with grab the Core i5, and if you need the extra performance of a Core i7 most people will save the extra for the flagship. They all utilise Hyperthreading as they did on the last generation, but the most noteworthy change is the addition of efficiency cores alongside the performance ones. What does all this mean? We'll try and explain over the next couple of pages. Elsewhere the inclusion of PCI Express 5.0 should see some mighty bandwidth on suitable devices and all the new CPUs support both DDR4 and DDR5. 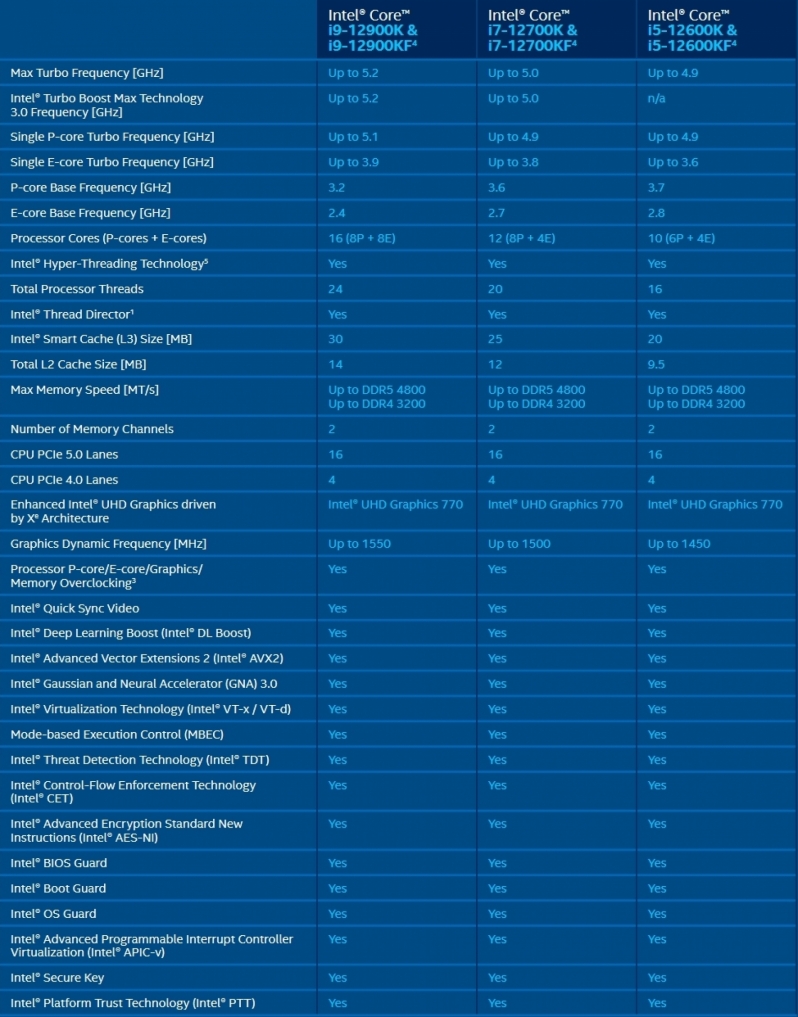