As always with a new processor we get a selection of highlights from the manufacturer. We'll start with the at-a-glance headline features. Although naturally the first slide here is the type of claim you get from everyone, which is why we are here to discover how accurate it is. 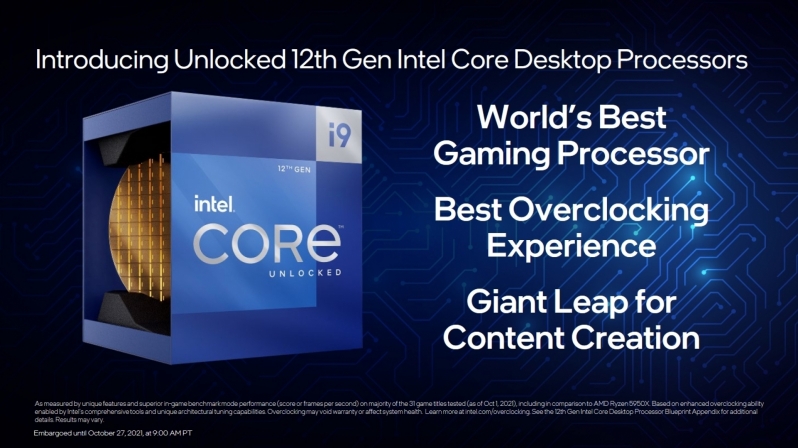 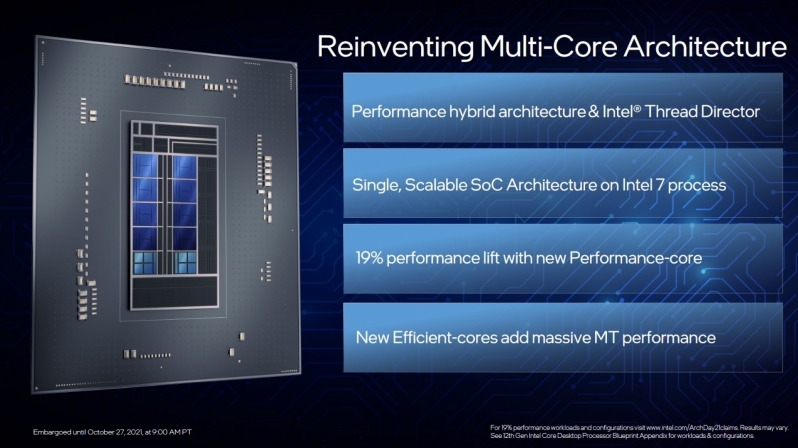 This is the real meat of the 12th Gen CPUs. We know that DDR5 and PCI Express 5.0 will interest the bandwidth hungry user, but the efficiency cores are a whole different take on the idea of a processor. The Performance Cores are designed to be capable of huge clock speeds, a boon when you consider how few applications and games utilise all your system has to offer. The Efficient Cores are there as a helping hand once the going gets tough, but are also capable of taking care of the background stuff your OS asks, leaving the Performance Cores free to, ahem, perform. 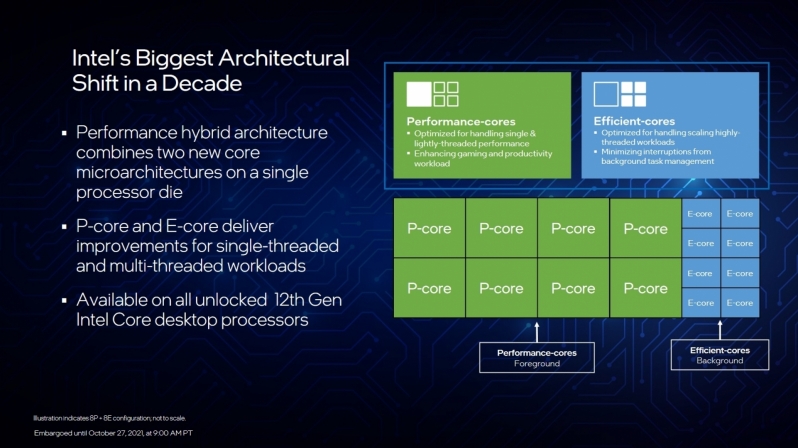 The Thread Director is similar to the AMD Thread Scheduling, controlling what tasks get assigned where. This is designed specifically to work within the Windows 11 operating system and might go some way to explaining why Windows 11 was so bad for Ryzen processors at launch if Microsoft were focussing their efforts ensuring this new Intel tech worked properly. 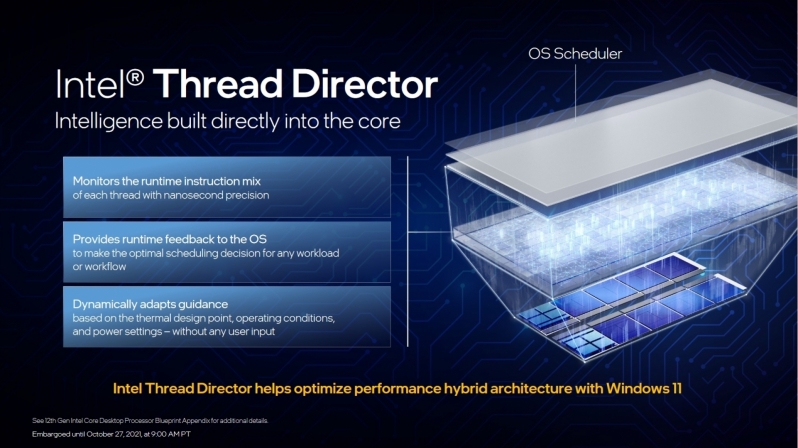 That idea, regarding Windows 11 capabilities, also makes us wonder with the Intel 12th Gen cache architecture. Utilising combined L2 cache to exist as L3 cache, knowing that L3 cache is one of the areas on the Ryzen CPUs that Windows 11 really hampered their performance. Again, Windows 11 has been fixed since, but it is the kind of thing that makes us wonder how much influence Intel had in the development of Windows 11 task scheduling. 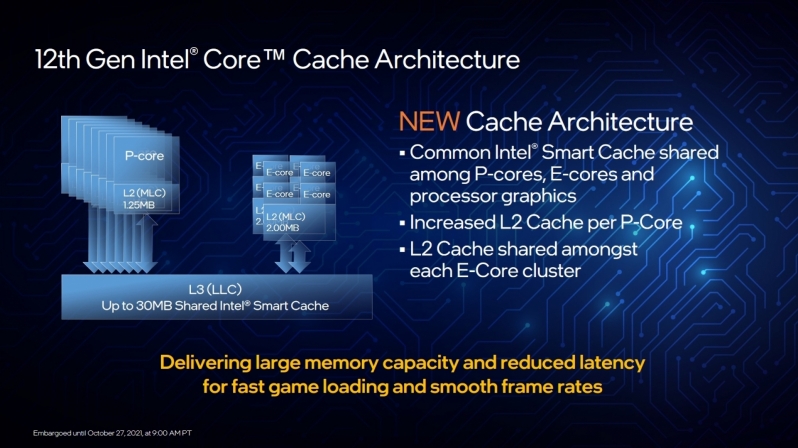 If we wondered whether the 11th Generation Intel CPUs were a stop-gap then the amount that is new on the 12th Generation seems to indicate it was. These new processors are new in almost every conceivable way, from how the processor is designed to the support for the very latest high bandwidth systems and technologies. One giant leap for mankind. 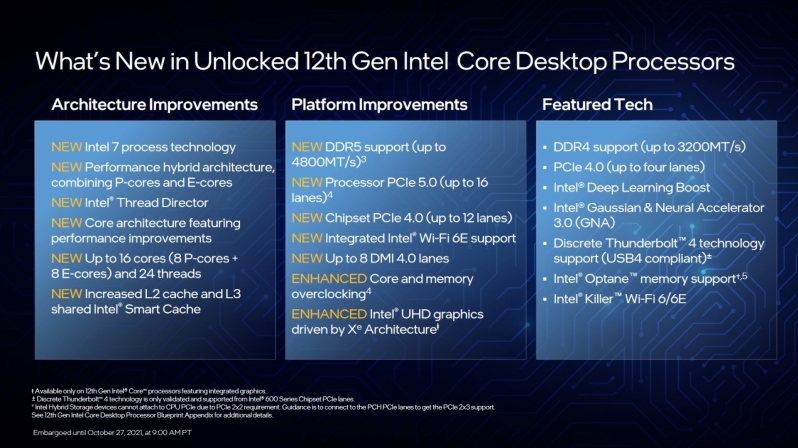 The importance of the Efficient-Cores shows up here, where the Core i9-12900K is able to give a serious boost to multicore performance without affecting power requirements, and at the same level of performance to the 11th Generation it's using barely any power at all. Naturally we're going to clock the bejeezus out of it, so we're interested in discovering the accuracy of this graph once we've opened all the taps. 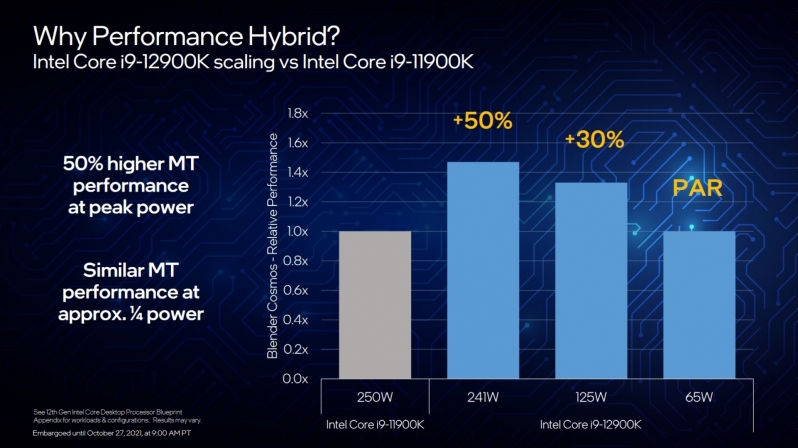