Overclocking has become both simpler and more complicated in recent years. Whereas once you just pushed the VCore and Multiplier until you were satisfied, these days so many voltages are interlinked that extracting those final few percent is harder than ever before. However, if you merely want to give you system a gentle boost then the automatic overclocking that happens behind the scenes, or the manual element utilising the Intel Extreme Tuning Utility (or for that matter the Ryzen Master) is simpler than ever. 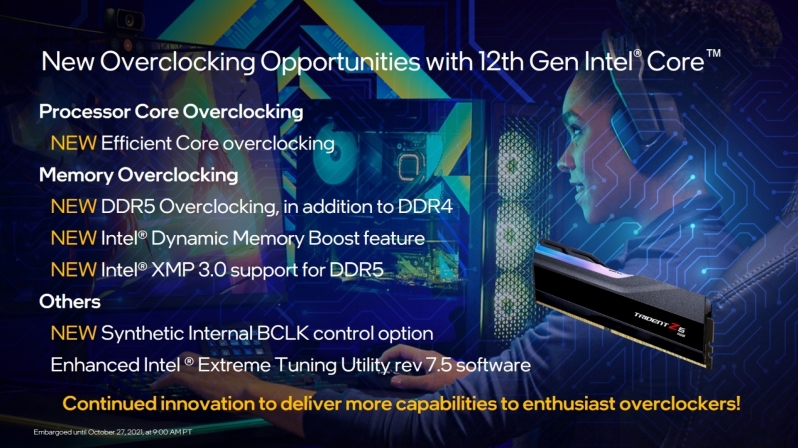 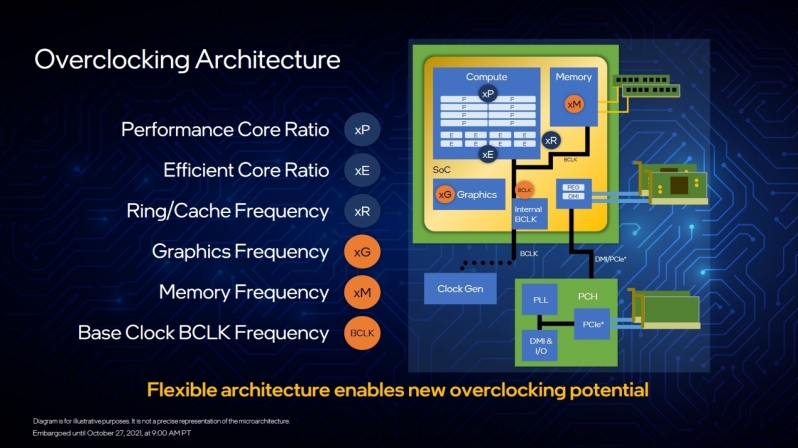 With different sets of cores available to play with - Performance and Efficient - the Intel Extreme Tuning Utility has undergone an overhaul and is now much easier to see what's happening and tweak things in real time. If you are the type of user who likes to finely hone your system to a sharp edge it's never been simpler to do so. 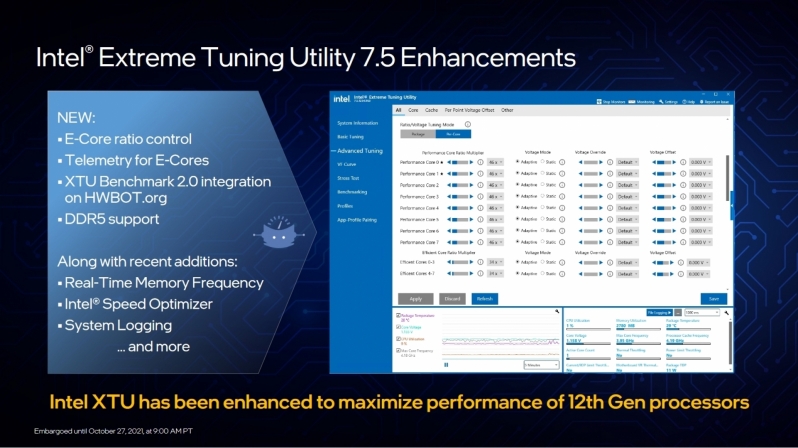 Most of us treat XMP as a one place memory station, choosing the rated speed for our kit and then forgetting about it. With XMP 3.0 you now have three configurations included, and the possibility to tweak it in very fine detail indeed. The concept of being able to create your own profiles and save them to the DDR5 itself is game-changing. 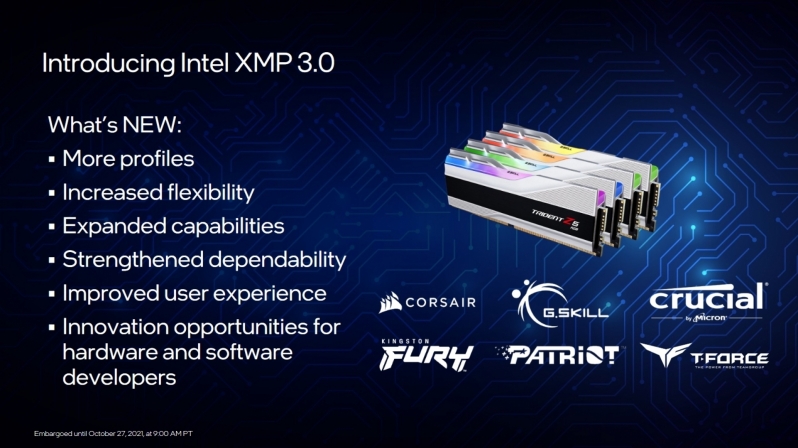 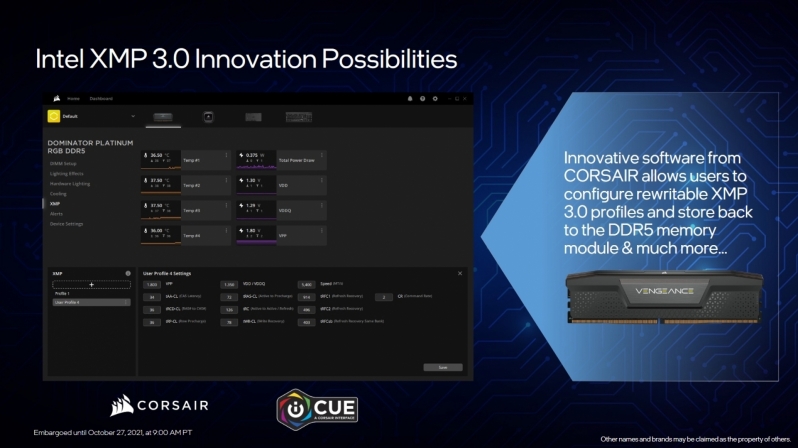 A simpler specification comparison table to the one on page one, should you like things laid out a little clearer. 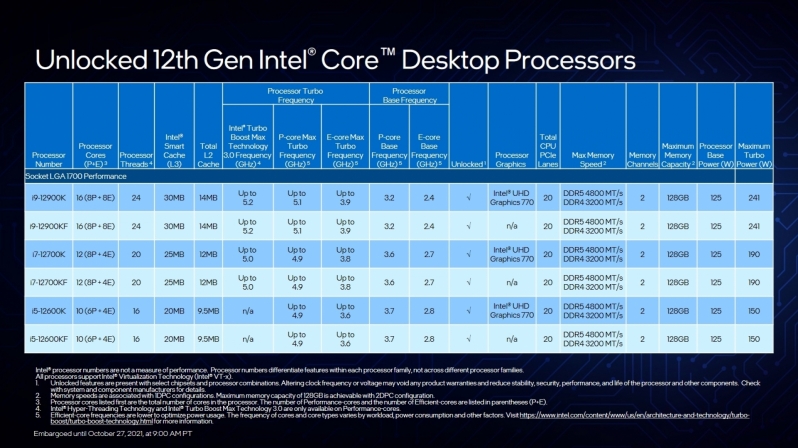 Lastly the faithful block diagram that lets you work out which part of your bandwidth is being handled by the CPU and what will rely upon your choice of motherboard. As always the CPU is taking on more and more these days, but there is plenty left to the Chipset, including the potential to have four USB 3.2 Gen2x2 ports! 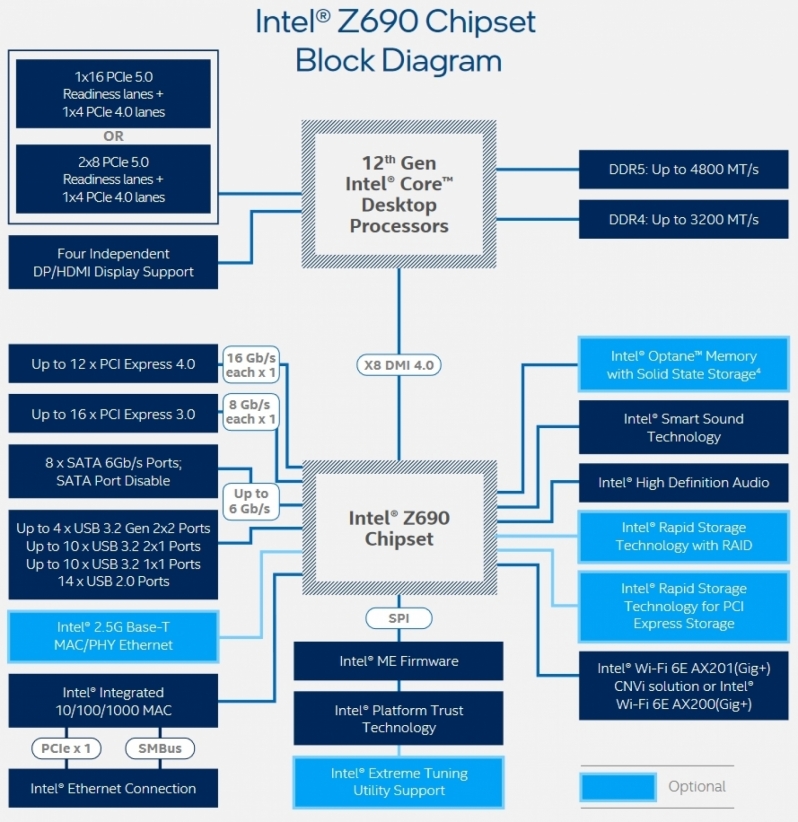