With an entirely new platform we've taken the opportunity to update our test system to include Windows 11. We've also got some DDR5 from Corsair in the form of the Dominator Platinum. Plenty of scope to make the new 12th Generation Intel CPUs perform to their best. 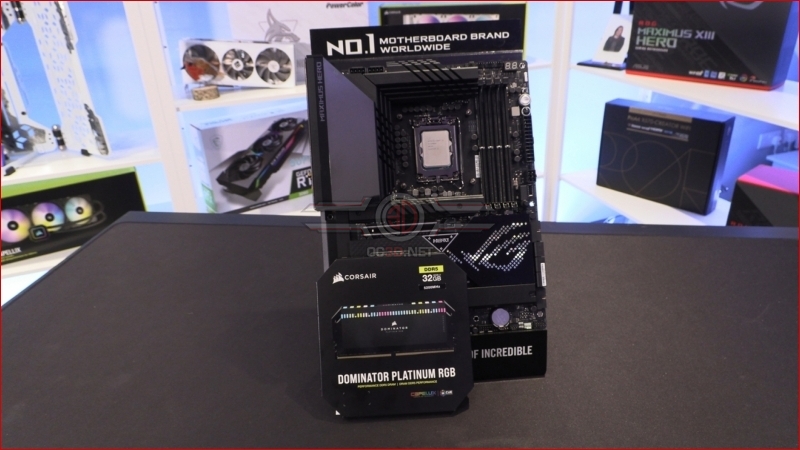 The Core i9-12900K is very flexible when it comes to overclocking options. The Intel Extreme Tuning utility delivers what they promised by improving the fine control you have over every aspect. It is worth mentioning that, like most recent processors, the automatic boosting is so well honed that manually extracting extra performance without delving into the world of extreme cooling doesn't give the same massive improvements we used to see. There is still more to be found though, as you'll see in our results. With the early BIOS on the Hero we used we found their AI overclocking option to be less refined than we would expect. Scores dropped by a minimum of 25%, going the manual route in the bios just gave use blue screens and grey hairs so for the first time in history we reverted to using Intel XTU, it was annoyingly good and genuinely rescued us from flipping tables and throwing equipment around the room.
Asus - please sort the BIOS quickly.

(EDIT on the day of launch) still no BIOS update to address this yet.

It's also worth noting that DDR5 has the curious capability of being Dual-Channel on a single stick, and Quad-Channel with just two sticks - as we have here. The benefits of limiting DDR5 to dual-sided DIMMs only. Impressive stuff going on under the hood of the newest Intel architecture. 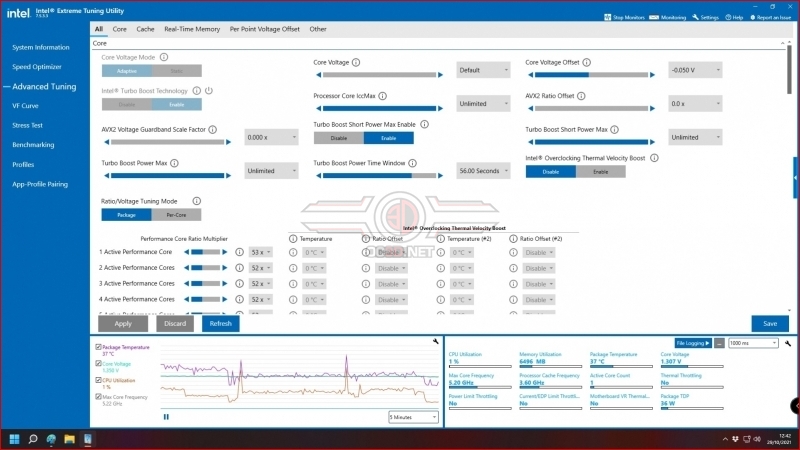 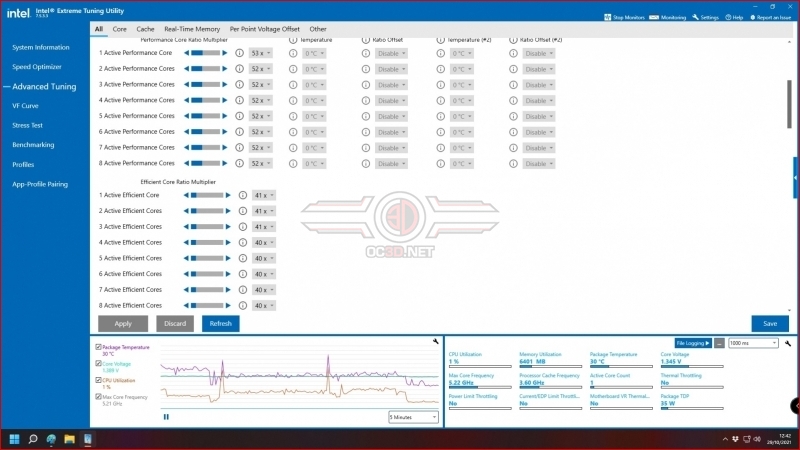