Keeping such a hungry board cool isn't the work of a moment, and the Extreme Encore has heat sinks and heat-spreaders everywhere you look, from active ones such as the VRM coolers, through embedded heatpipes and a massive backplate to give the PCB the largest surface area to move its heat around and your fans the best chance of dissipating that heat. 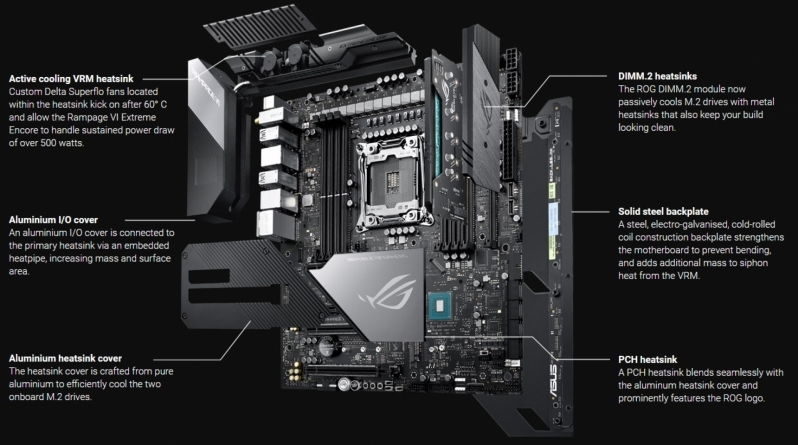 Naturally it isn't just in the cooling that the motherboard itself can provide that will determine the overall stability of your system, but the capability to connect and monitor all sorts of cooling solutions from the simple to the exotic. The Rampage VI Extreme Encore has you covered, with plenty of temperature sources to monitor, as well as lots of headers which support both PWM and DC fans. Should your airflow habit be particularly acute there is even an extension card which supports a further six fans as well as three separate thermal probes. 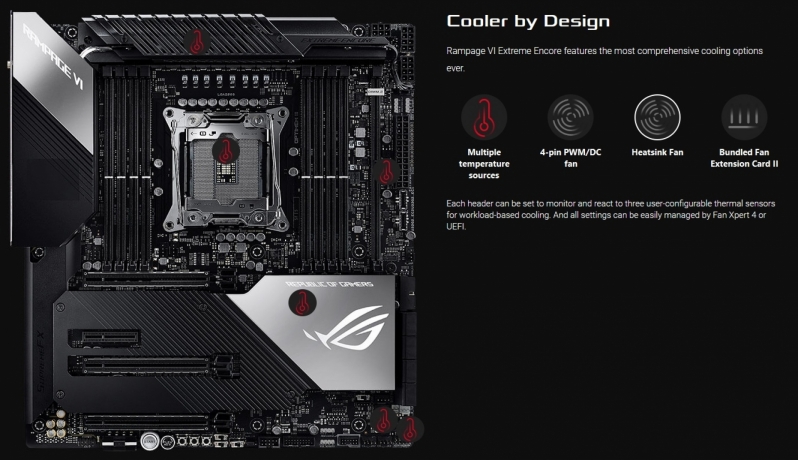 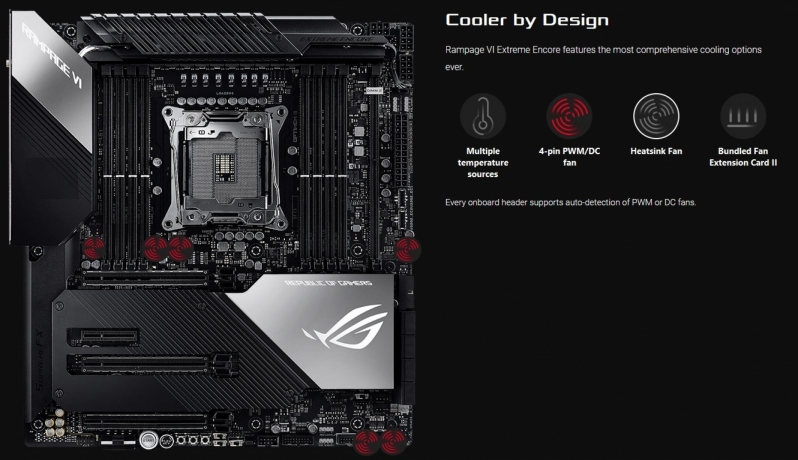 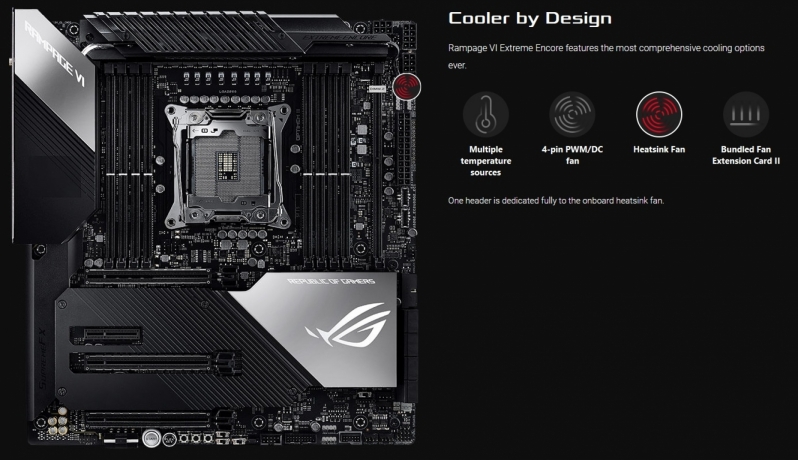 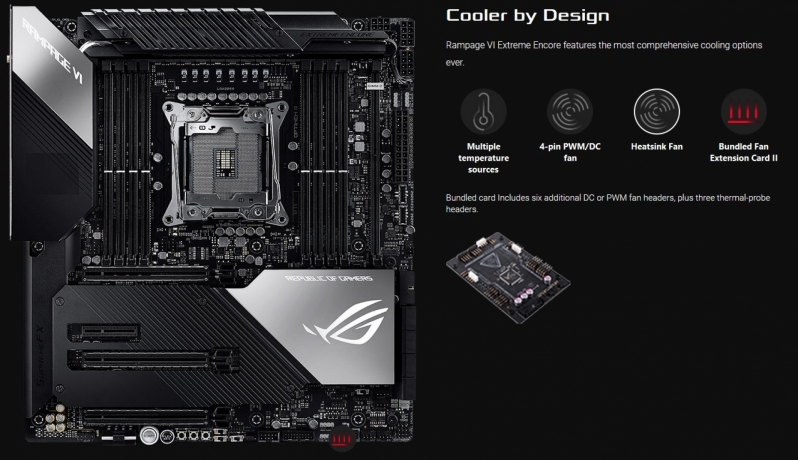