Just as the Rampage Encore is a familiar product given some polish and brought in line with all the modern thinking in current motherboards, so the Intel Core i9-10980XE is very similar to the Core i9-9980XE but has been given a few refinements and that massive price cut to give a stiff challenge to the competition.

The Turbo boost has seen an uptick in the limit, now hitting 4.6 GHz with a lot of cores but going even higher when the load is light. Selective core boosting is one of the most impressive improvements we've seen recently and it works at its best in situations like this when it has many cores to choose from. After all, cherry picking the best 4 cores from 18 of them is more likely to bring dividends than picking the best four from eight. Elsewhere there is a artificial intelligence architectural boost, although naturally this will only apply to certain tasks, as well as the capacity to be dropped in to your existing X299 motherboard. That is of course assuming that the manufacturer has updated their BIOS for the new processors.

The i9-9980XE was a beast of a CPU. We can't wait to see what these refinements have brought to the table. Let's stop dithering about and get on with some benchmarks. 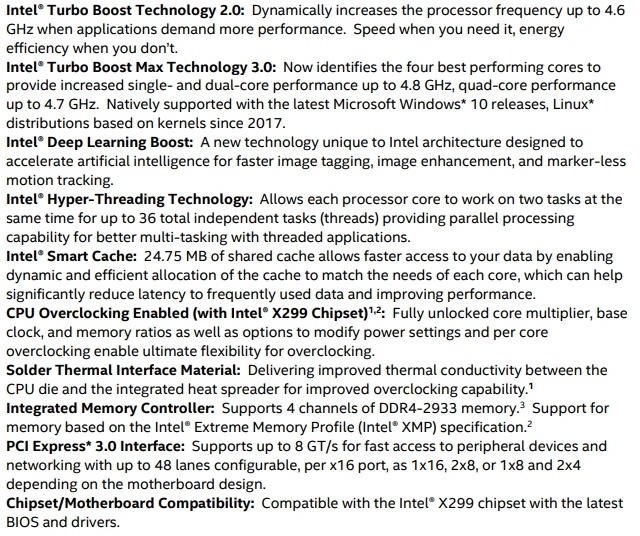