We're using the Maximus VII Ranger today as the price perfectly matches the good value of the Intel Pentium G3258. 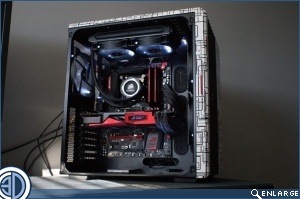 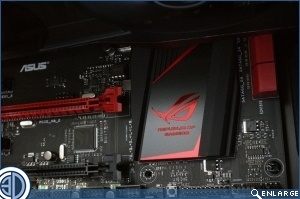 At stock the Pentium requires almost no volts at all thanks to that low power draw and only a couple of cores to run. Sure 3.2GHz is nice, but the whole fun of a lower price Intel is smashing the hell out of it and seeing we can get. After all, even if we blow it up it's only £50. Fortunately you don't need to get any where near to the kind of voltage that could cause issues. We managed to eke 4.5GHz out of the G3258 at a mere 1.23v. If you're feeling even more demanding then there must be more available, but we wanted to keep the overclock at a level that would only take a few minutes to explore. This could well be your first venture into the dark arts of overclocking and so it's nice to have something to aim for. 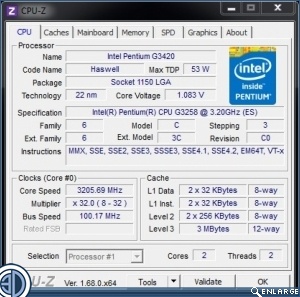 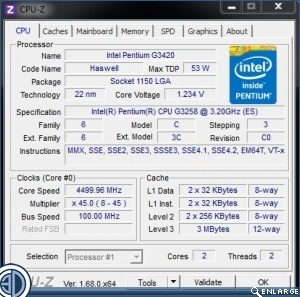 Unsurprisingly with just a couple of cores to run, and hardly any voltage running through the CPU, the Pentium Anniversary was very cool, even when overclocked. 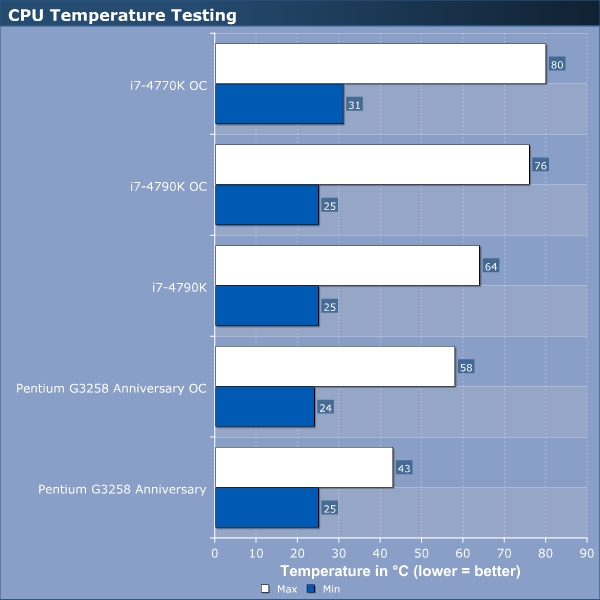 SieB
Definitely a no brainer for people building a budget build, you could get a low end matx mobo and a G3258 for ~£130 and still have great performance.Quote

Wraith
I can't help but think how much further this little Intel fighter would have got had it been Hyperthreaded.. but even so with those temps at 4.5Ghz it's got legs, all in all though a top little chip for nice budget surfers. Nice review Guv.Quote

JR23
Ahh nice review Tom, the whole concept of the little Pentium K makes me happy and if I had any Z87/97 kit I would get one just for some overclocking fun. I thave an urge to pair one with a 750Ti and some overkill cooling and absolutely rape it, better finish αclass first.

Good review Tom! still very excited to get my hands on mine.Quote
Reply