We think it's fair to say that if you liked the design of the MSI Carbon, but wanted not to have that carbon effect on your PCB, then the Unify should be just the thing you're looking for. It's very similar in design, with only the upper heatsink significantly differentiating from the formula. Although there is no need to change a good design for changes sake, so we're not complaining. Beneath the MOSFET heatsink is 16 phase, 90A Smart Power Start and titanium chokes, so power delivery definitely should not be a problem. 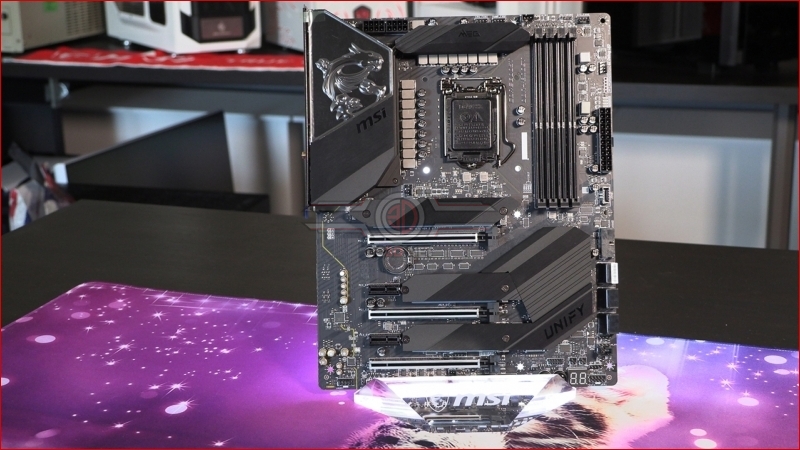 Speaking of power delivery the Unify has two 8 pin 12V CPU power inputs, helping you keep even the Core i9-10900K voracious power demands satisfied. You can also catch a glimpse of the heatpipe that ties the two power heatsinks together. 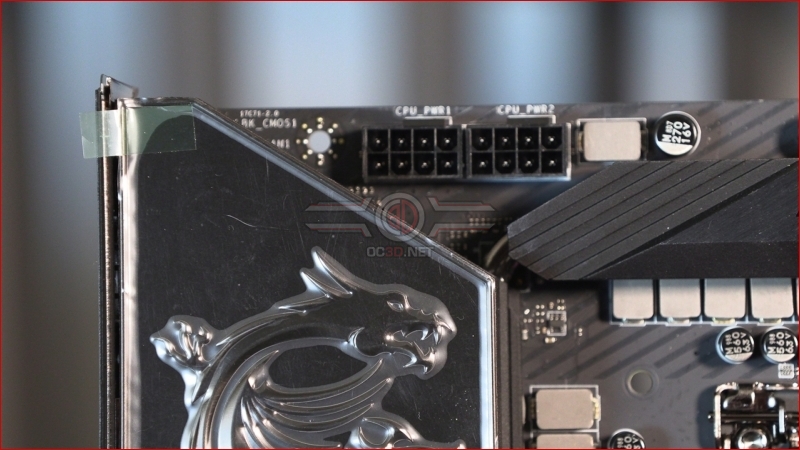 Beginning our tour of the PCB we start of with the two headers that will take care of your AIO, whilst also having another a little further along for either your case fan or another if you're running a dual fan cooler and don't want to use a Y connector. Between those two we have a header for Corsair's own RGB wiring system and the Rainbow header commonly found on MSI motherboards. Moving around to the right there is another fan header for bringing cool air in from the front of your case. 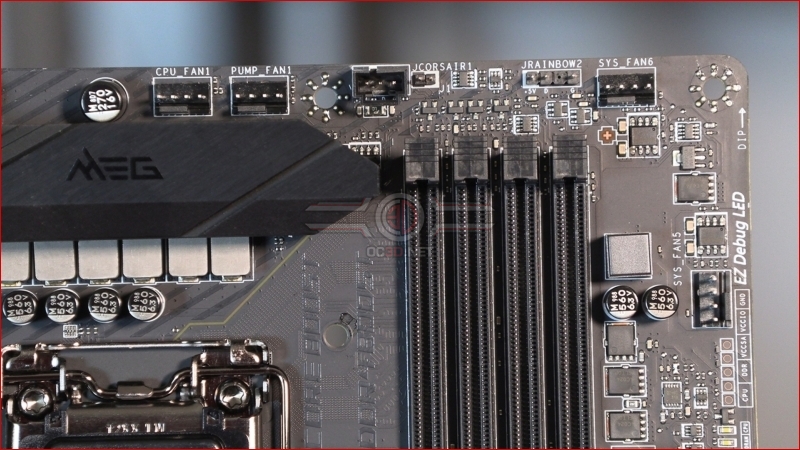 Amidships are the two front panel USB headers in both the user-friendly, no pin, Type-C style and the somewhat fragile 19 pin USB 3 type A one. 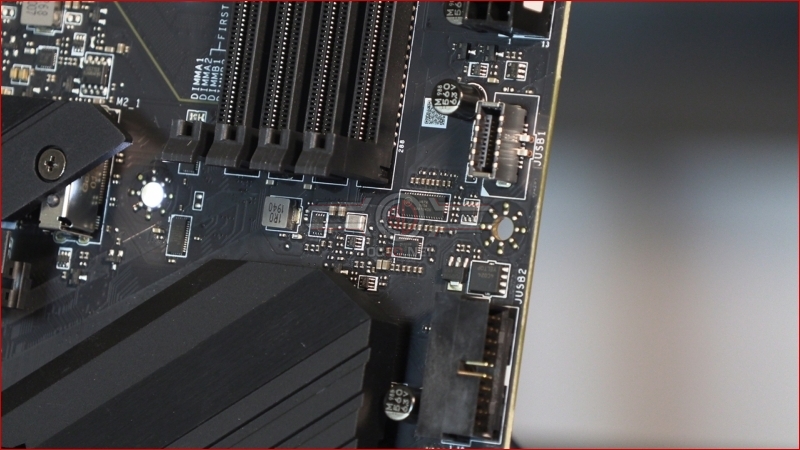 Finishing up the right hand edge of the MEG Z490 Unify are the six SATA 6Gbps ports for your data drives. M.2 drives are now so affordable, and so much faster, that not having your OS on a M.2 is really hampering the snappiness of your system. With three M.2 slots on the Unify those of you with a plentiful supply can run flat out at all times. 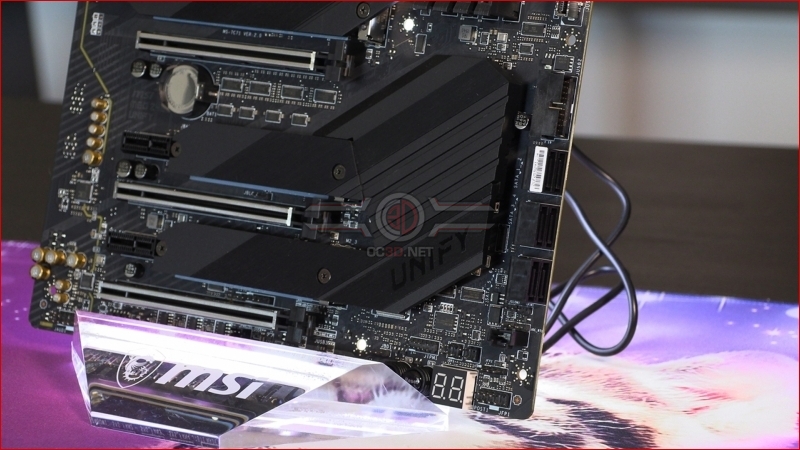 At the bottom corner we find the busiest section of the Unify, with front panel connectors sitting next to the POST display, onboard power and reset switches and two USB 2.0 headers that are mainly used to control the RGB on flashier AIOs and the like. Although naturally you can use them for front USB ports if you have an older case. 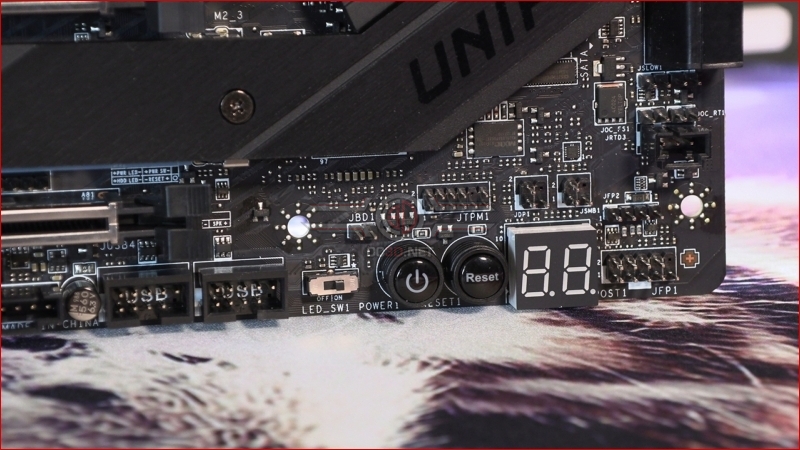 Lastly three more fan headers sit alongside a couple of nice-and-black RGB headers, with the 7.1 audio sitting on its own separated PCB section to eliminate EMI. 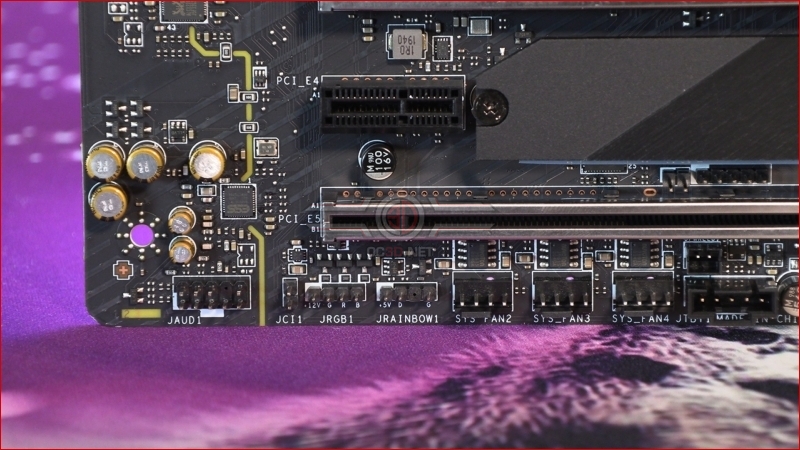 Around the rear of the Unify we have all the connectors, from top to bottom; CMOS clear and BIOS flash buttons, USB 2.0 and a combined PS/2 port for your older peripherals, USB 3.2 Gen 2 10Gbps Type A (red) sandwiching USB 3.2 Gen 1 5Gbps ports (blue), and they in turn are surrounded by a 20Gbps USB 3.2 Gen 2x2 Type C header and the all important 2.5G Realtek LAN. Lastly the antenna for the Intel WiFi 6 AX201 and Bluetooth 5.1 wireless connectivity, and of course the audio jacks. 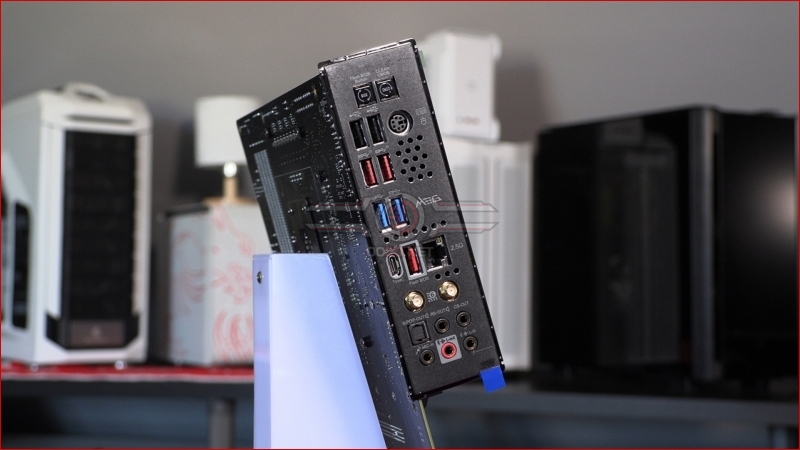